Would plain and slotted flaps increase lift substantially in a distributed propulsion application?

Would plain and slotted flaps increase lift substantially in a distributed propulsion application for a slow moving aircraft (15mph)? 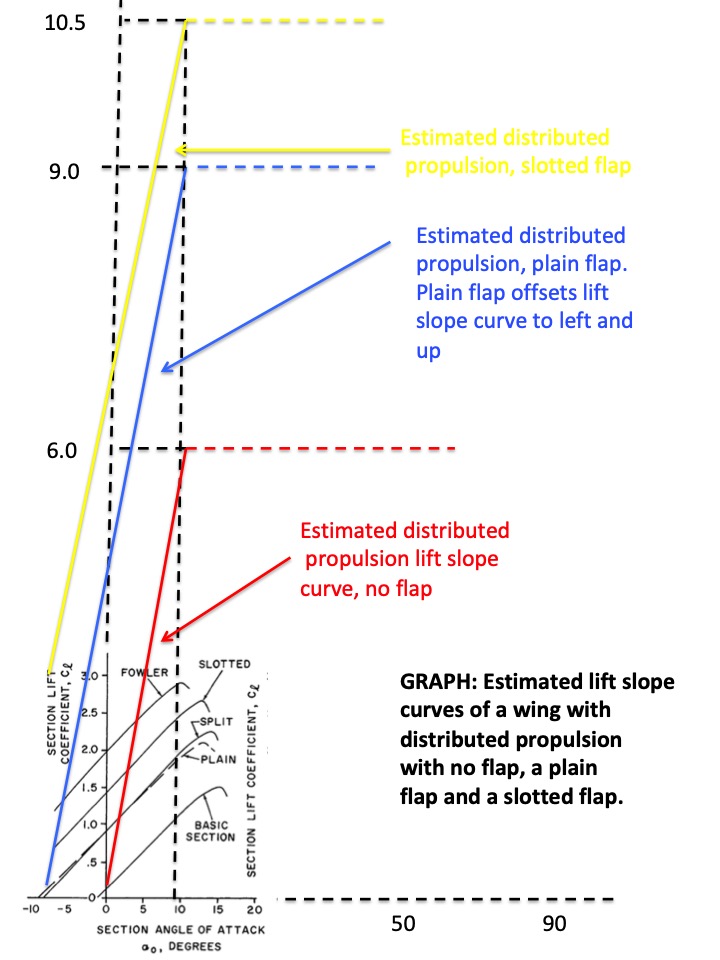 No, that thinking is incorrect.

The air involved in lift creation is roughly the amount that flows through a disk with a diameter equalling wing span, and your distributed propulsion concept will involve a far smaller amount of air.

The maximum Clmax of distributed propulsion is 12.

In theory maybe. Practical values are half that, at most. Now consider that this lift should ideally be independent of engine health and power settings, or you will plummet from the sky when power fails or you need to throttle back. Distributed propulsion will not save you from empty fuel tanks or batteries, so this scenario must be considered. Besides, the lift coefficients you cite in your question are valid for 2D flow; in reality the outer wing will contribute much less to provide some margin for control and stall behavior.

12
How is the induced drag calculated for a wing with elliptical planform?
8
Why does the elliptical wing have the lowest drag?
2
Would adding a slat and a slotted flap increase the max CL of a multi element airfoil to 6.5?