How can the cruise speed be larger than Vne?

I recently read the POH for a M20V, the advertising for this aircraft states that the top speed is 242 KIAS. The POH gives the Vne at 196/195 KCAL/KIAS. I have found a similar discrepancy, the Vl3 (light sport aircraft) mentions the aircraft has a Vne of 165 KIAS, yet one of the engine choices gives the plane a max cruise speed of 195. I find these numbers confusing can anyone shed a light on this?

Have a look at the following plot showing TAS as a function of altitude for the two Vne speeds you gave (assuming ISA conditions): 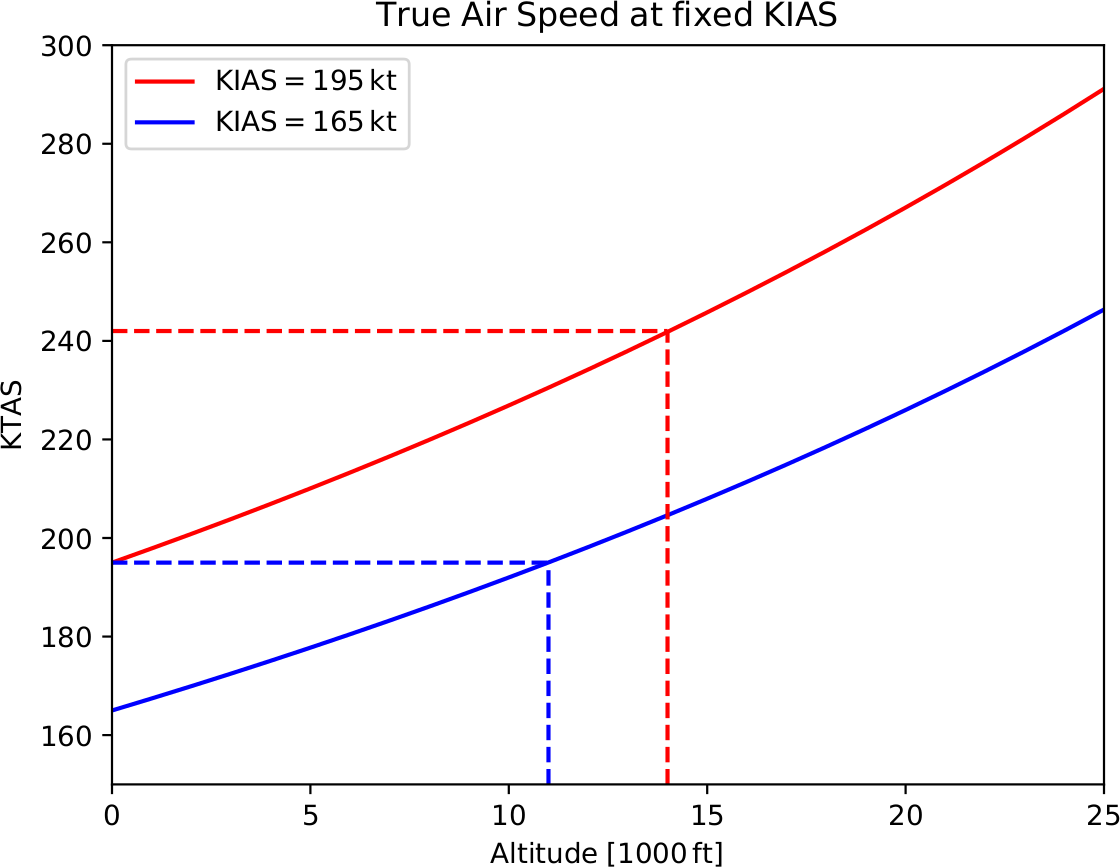 You said that advertisement for the M20V claimed a top speed of 242 KIAS, but I think that is a mistake. It should be KTAS, not KIAS. Wikipedia also claims:

26
Why are planes slower at higher altitudes?

8
Why is the XB-70's Top speed only about 60mph higher than its cruise speed?
11
When a plane flies faster than the speed of sound, does the distance between plane and sound increase?
3
How long after takeoff for a Boeing 747-400 to reach cruise speed?
12
Is it quiet in the cockpit when flying faster than the speed of sound?
3
What's the minimum cruise speed of modern airliners?
6
How do pilots manage the speed during the approach?
9
How to calculate the real Ground Speed from True Air Speed?
0
Why is the normal operating airspeed so much lower than the cruise speed in this table?
15
Why is indicated airspeed rather than ground speed used during the takeoff roll?
8
How does speed affect lift?