Why does the IL-76 have a lump at the bottom of its nose? 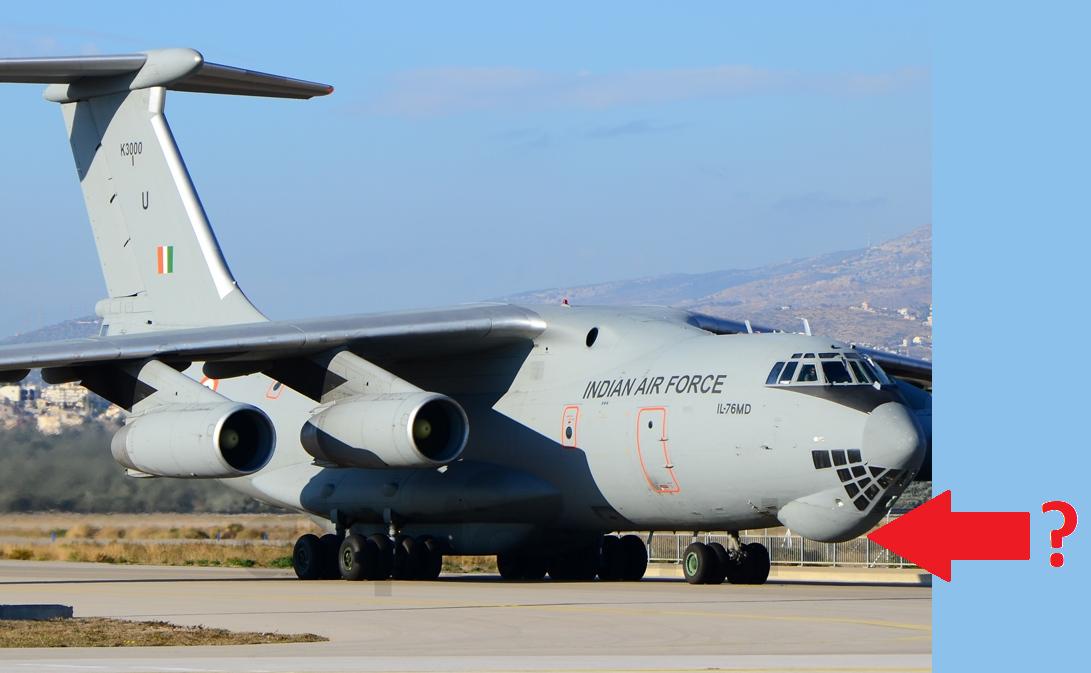 IL-76 has two radars: the usual meteo radar in the nose and the ground surveillance radar (primarily for navigation). In addition to that, like all contemporary Soviet long(er)-range transports (esp. military ones), it has a dedicated navigator position with the glassed 'verandah' for better view of the ground.

Most commonly, this navigator position took up the nose cone space that is (nowadays) usually reserved for the radar. If you look at most modifications of Tu-134 or Tu-114, you'll see they have a similar (but smaller) 'hump' underneath to house the meteo radar. But the widebody IL-76 could afford both the nose radar and the navigator station under it, plus a dedicated mapping radar.

The navigator's seat and equpment don't extend much below the lowest window, so most of the space is used for the radar rather than the navigator.

The lump acts primarily as an extension to the cockpit, as it is known that soviet military planes require more pilots to operate them. The lump is used as a bay to get the navigator a view of the ground.

Despite being equipped with all possible navigational equipment, there was always the possibility that it all fails (or plane will have to flight in BAD CONDITIONS), in godforsaken places where there is no navigational aids. So there must always be a glass cupola for ground observation, so that navigator could just take a map and give position by visual signs.

8
What additional functionality is provided by the F-14 nose pitot, absent in early models?
13
Why do the A220 cockpit seats have a cutout?
9
What are these windows/portholes on the English Electric Canberra bomber?
43
Why does the B-2 Spirit have a pattern of thin white lines?
12
What are these hooks and tassels on the nose?
3
Why does the UH-1 Huey have a hump at the rear of the cabin?
6
Why does Google's Wing drone have dimples?
4
What is this intake bottom the wing of C-5 and why is it placed there?