How does vorticity change the lift coefficient of an airfoil?

For airfoils in unsteady motion, the lift coefficient oscillates and the wake is characterized by vortex shedding.

How does vortex shedding affect the lift coefficient for an airfoil?

Shed vortices from unsteady flow over an airfoil result in decrease and phase lag in lift. 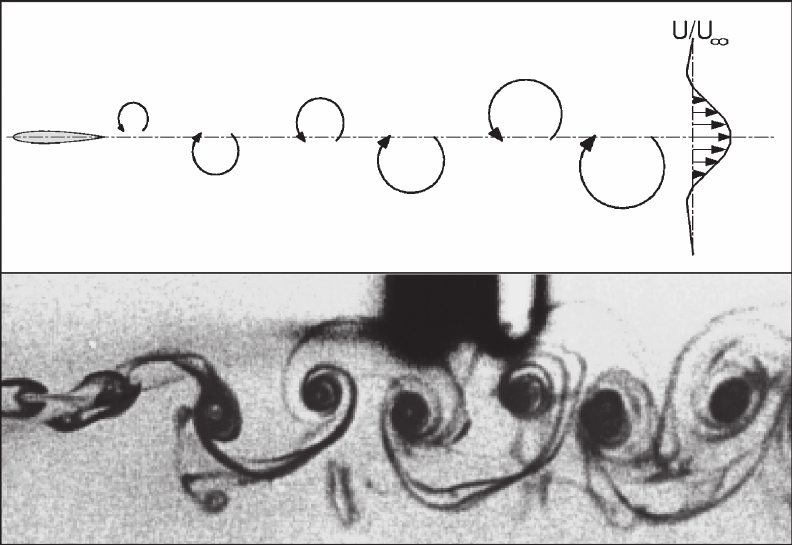 The decrease in lift and lag is readily seen in the Theodorsen function, where $C(k)=F(k)+iG(k)$: 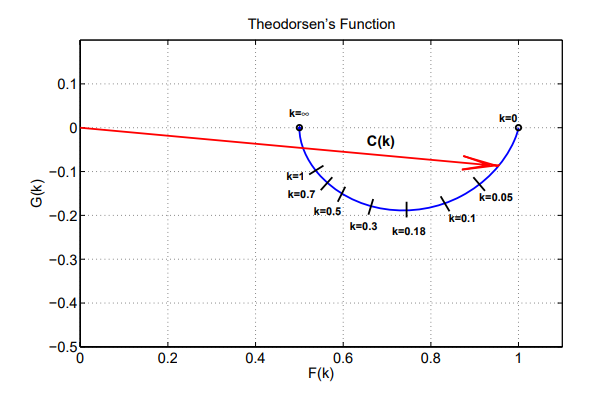 The reduced frequency, $k=\frac{\omega c}{2V_\infty}$, denotes how many airfoil chord lengths per flow distance traveled in one motion period ($\omega$ is the angular frequency of the cyclic motion), and is a measure of how much the cyclical motion affects the flow on the airfoil. As $k \to 0$, there is no attenuation in lift and no phase lag; this is the quasi-steady aerodynamics. As $k$ increases, there is increasing attenuation in lift, up to 50%. The maximum phase lag occurs at $k \approx 0.25$.

For most rigid-body motions in commercial aircraft, the reduced frequency is low and the quasi-steady assumption is valid.

Not the answer you're looking for? Browse other questions tagged aerodynamics lift airfoil vortex or ask your own question.