Descend via STAR, after getting crossing restriction previously

The ATC issues "Cross BHAWK at FL240" initially. After few minutes, the ATC instructs "Descend Via FYTTE5 arrival". Should we comply with the crossing restriction at BHAWK, or the restriction can be omitted?

Clearance to “descent via” authorizes pilots:

“Climb via SID except after Baret, maintain flight level one niner zero.”

However, the example given in "descend via" does not say anything about "previous assigned crossing altitude." And the note given in "climb via" example only explains the phraseology "maintain" would cancel previously issued altitude.

Is there any FAA document stating the altitude restrictions assigned previously can be omitted or still valid, after getting "descend via" clearance? 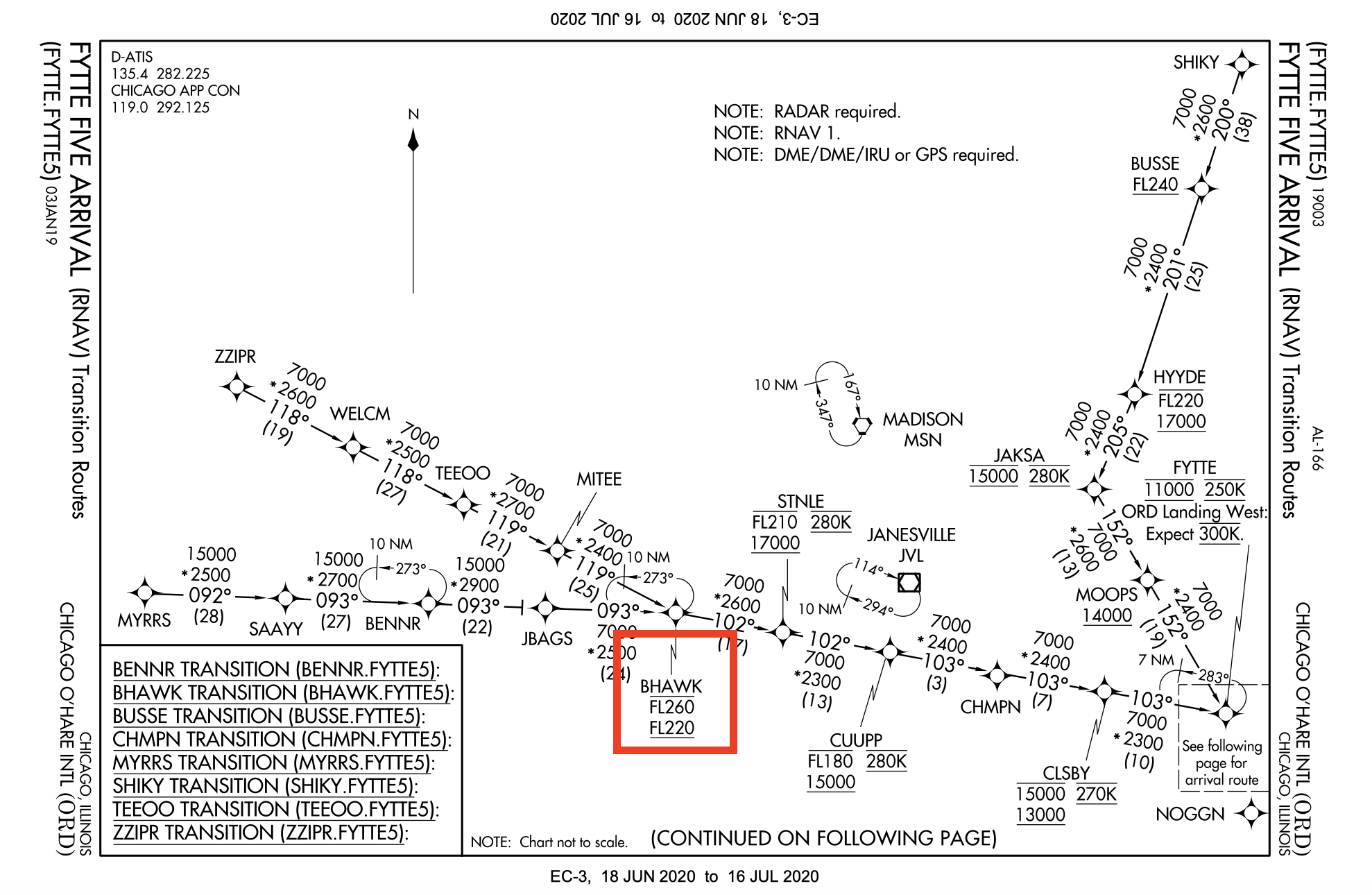 The restriction to cross "BHAWK at FL240" is overridden by the controllers latest clearance to "Descend Via FYTTE5 arrival", unless they include the instruction descend via "EXCEPT MAINTAIN FL240".

If unsure, you should query ATC though.

In JO 7110.65, 4−2−5. ROUTE OR ALTITUDE AMENDMENTS. b. When route or altitude in a previously issued clearance is amended, restate all applicable altitude restrictions.

(Shortly after departure, altitude restrictions are no longer applicable, the controller issues an amended clearance as follows):

When issuing an amended altitude (cross BHAWK at FL240 >>> Descend via STAR to bottom altitude), ATC should restate all altitude restrictions if applicable. If not restated, it's no longer needed.

16
Are you required to report leaving an altitude if you have been given a crossing restriction?
7
What is a "Descend Via" clearance?
9
How are "expect" altitudes on STARs used?
4
Is it practical to descend in a lost communication scenario?
5
Which clearances are issued by ATC without the pilot requesting them?
5
Does a "climb and maintain" instruction override a "climb via the SID" one?
14
What altitude should you cross DBIGE at on the PALLEY FIVE Departure (SID)?
0
Is there a manual which describes the algorithmic procedure on which the Vertical Navigation Guidance is based?
7
How would an aircraft fly PIKES ONE departure procedure of Denver Airport?
3
Is it required to report climbs and descents within a block altitude assignment?