What is this part on a Cessna 172 engine?

Can any one tell me what this tube with the red is? This is a photo of a 1977 Cessna 172 engine. Looks like the tube is directly connected to the top of the crankshaft. 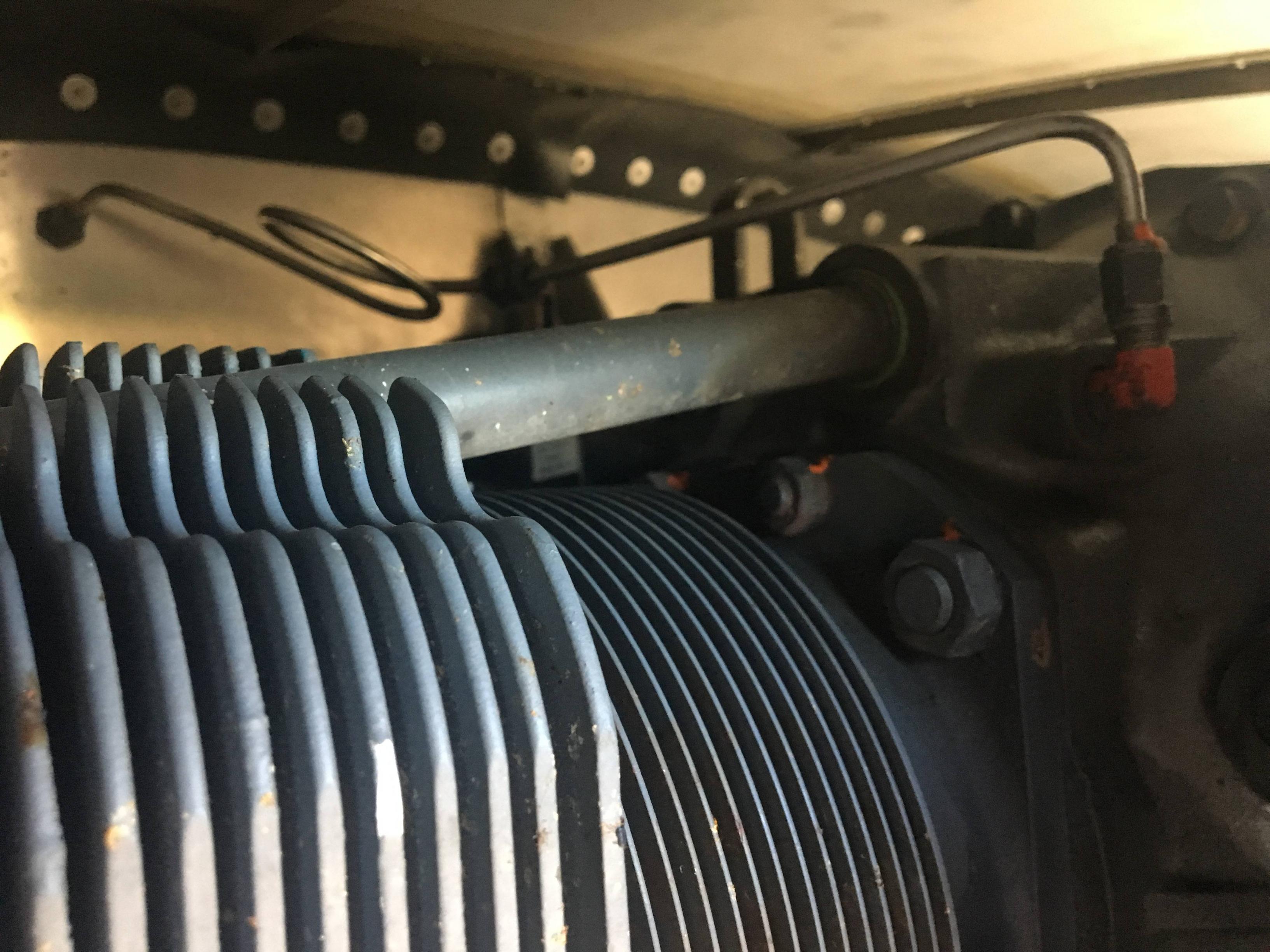 NOTE: Revised in response to poster comment: The engine is a Lycoming O-320 D2G, part of the series that replaced the disastrous H2AD engine which that '77 172 originally came with, in 1981 (the H2AD was '77 to '80). The H2AD engines (I have to think some joker at Lycoming put the AD designation in as a gag — it had a number of ADs against it), among other problems had a very small valve lifter contact face that would spall very quickly and trash the camshaft (on the plus side, you can remove the lifters without splitting the case). Most 77-80 172s have had their H2AD engines replaced with Ds, which went back to the old lifter design, which also applies to the airplane pictured.

Anyway, the fitting is tapping into an oil gallery that supplies the valve lifters and has a plug at each end. Someone has removed the plug at the front and installed the elbow to run oil pressure back to a cockpit indication, possibly because the port normally used on the accessory case is being used for something else.

Not the answer you're looking for? Browse other questions tagged aircraft-maintenance piston-engine feature-identification cessna-172 or ask your own question.

1
Can you identify these antenna/items on the belly of a Cessna 172?

13
Cessna 172/182: Should I set the tank selector to the R.H. tank after parking the airplane?
11
What lights does the Cessna 172 light rheostat control?
8
What are the landing stall speeds of a Cessna 172?
17
Is there anything extra required to spin a Cessna 172 in the Utility category?
9
Cessna 172: at which RPM should the oil pressure reach the green arc?
7
How much rudder input does a Cessna 172 require during the take off roll?
0
Cessna 172 steering system and torque link purpose
2
What “jet engine” is featured in this ad that Simone Giertz made for a phone?
0
How to compute thrust to weight ratio of a Cessna 172?