Help identifying airfield and aircraft from movie “My Spy”

Here's a couple of stills from the movie "My Spy" - the climactic scene takes place at a single-strip airfield with a paved or tarmac 09 runway.

My tentative identification of the (clearly unflyable) military planes in the background, from left to right: an Avro CF-100, a F-86 Sabre, then a two seat F-104, and next (judging from the tail) another single seat F-104 in unusual light green camouflage.

The red and white plane in the background, from a later shot, is an F-5 in unusual livery.

The second picture points to the F-86 being RCAF, which would point to a Canadian airfield. On the other hand, the furthest F-104 looks very much to be in Belgian colours.

There's not much more to go on! I wondering where this is, and how these planes ended up there.

The film was shot in and around Toronto, so a search of local airfields on Google Maps led me to Markham Airport. From there, Wikipedia provided this list of military aircraft on the field:

The aircraft belong to the Canadian Air, Land and Sea Museum. Looking at the satellite image on Maps it would appear that a number of other aircraft have been stored there, but have now been removed.

There's a clutch of rather more complete airframes in amongst the buildings in the south west corner of the airfield. 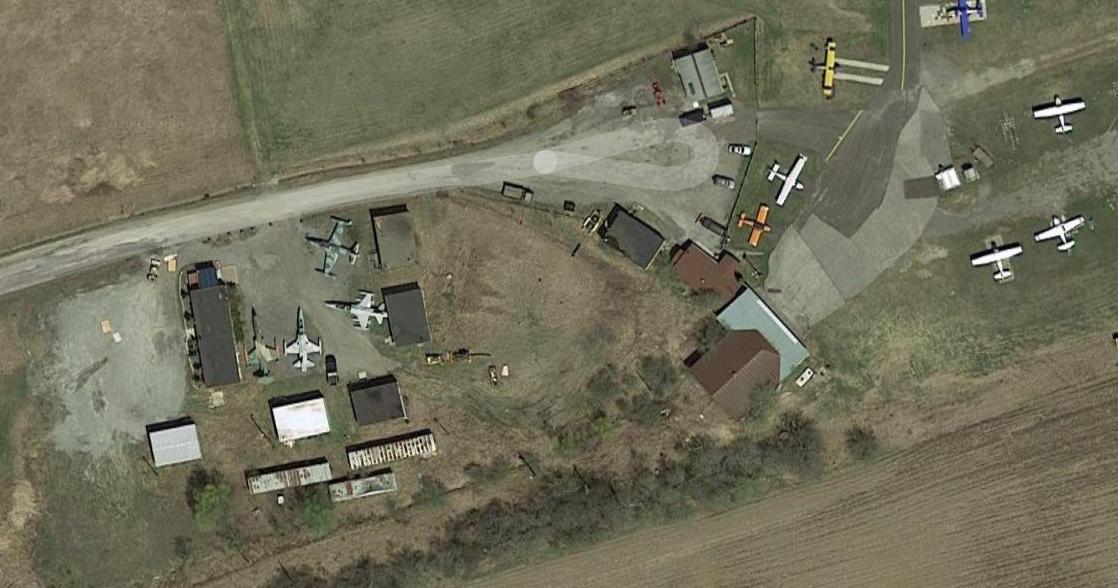 I might be a little late to the party, but my daughter just convinced me to watch this movie a couple of days ago and, being RCAF for the last 30 yrs, I noticed the red & white CF-5 right away. It’s an old 419 “Moose Sqn” colours bird. I saw it several times when I was posted to Cold Lake, AB. Sad to see these old hulks in such disrepair.

“My Spy” 2020 was mostly shot in the Toronto area and the airport scene was shot at the Markham Airport near Toronto. 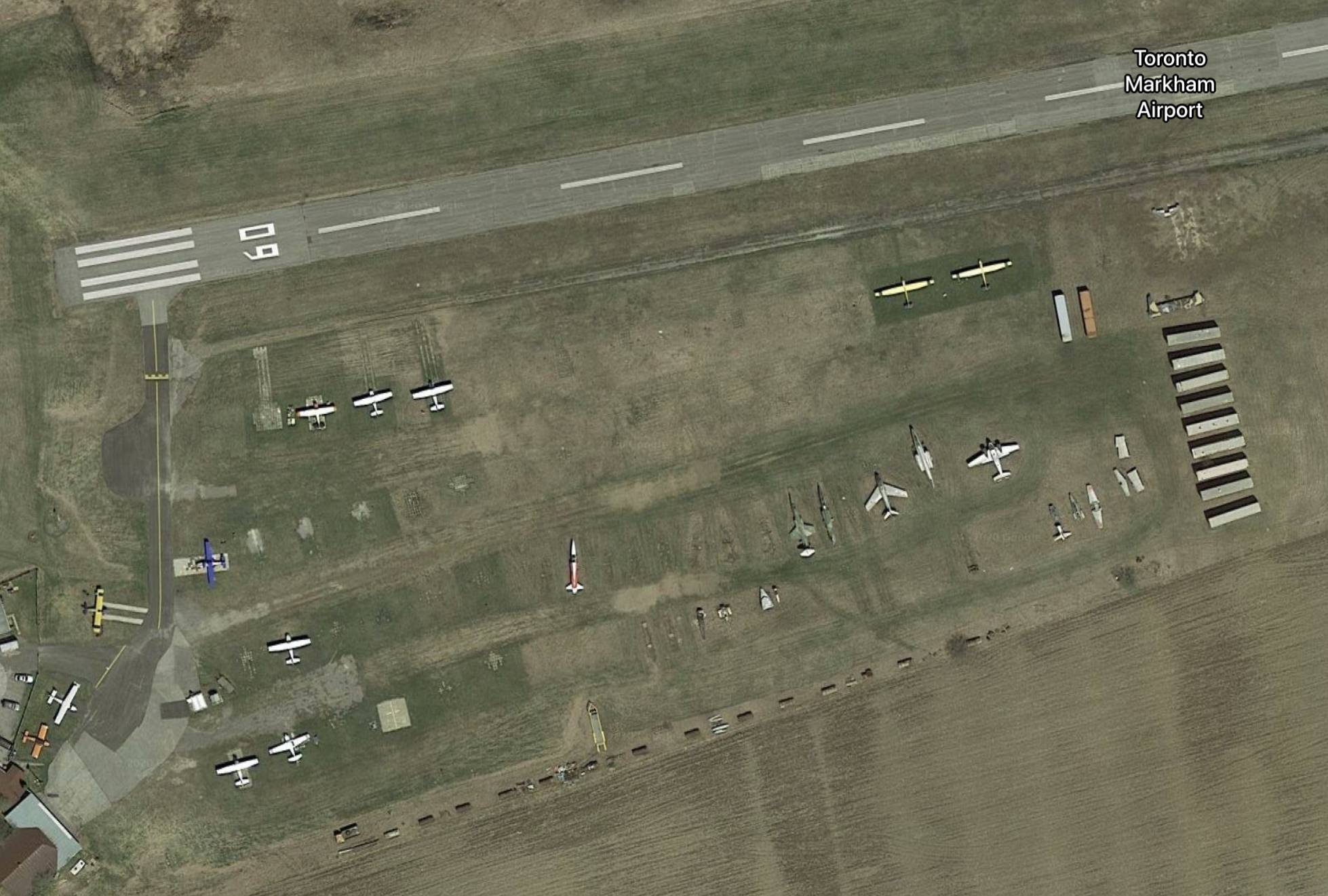