Why is a Cessna C560 circling Washington DC during the protests?

Right now according to FlightRadar24 there is a Cessna C560 circling Washington DC. 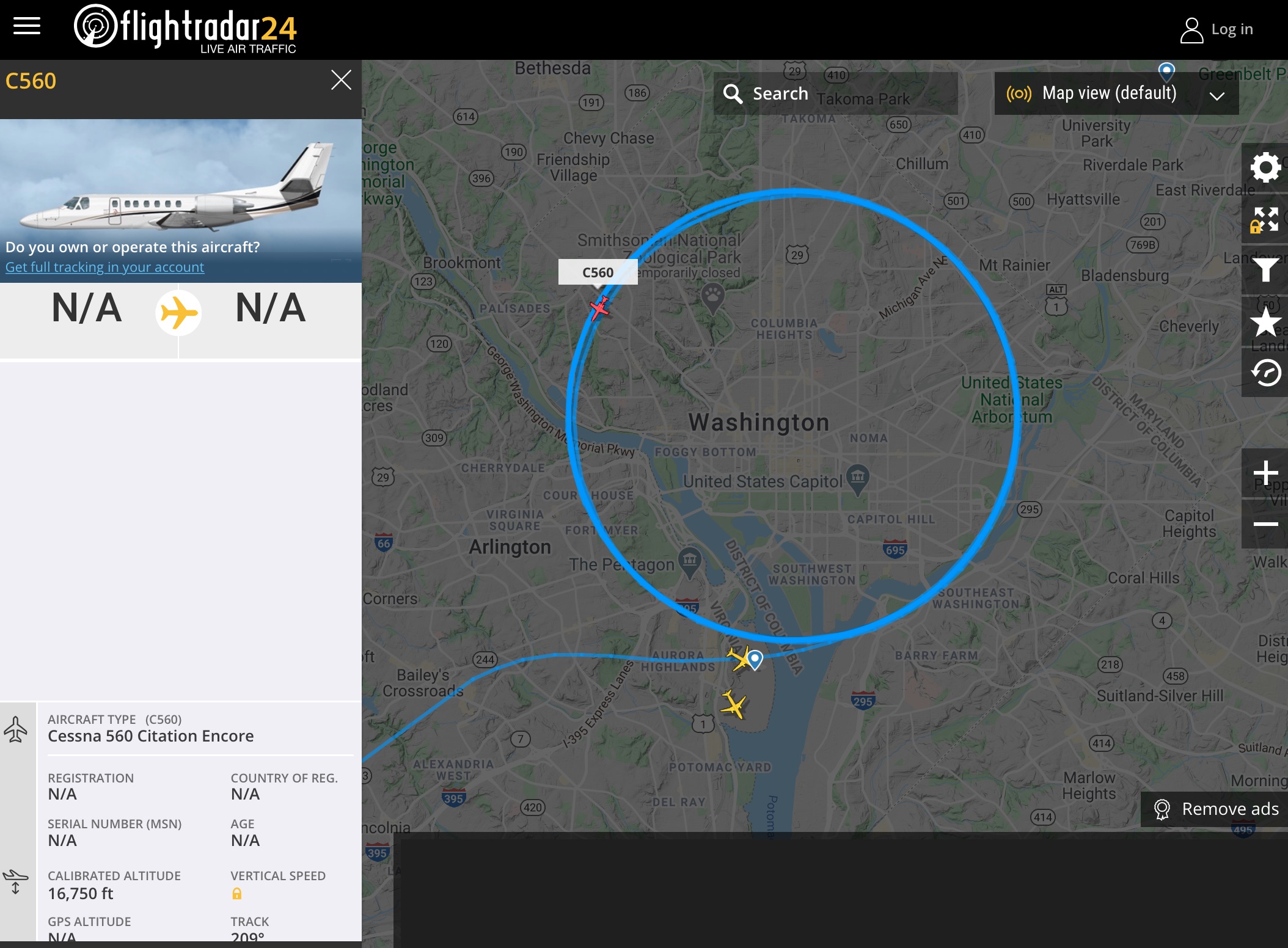 It took off from Manassas Regional Airport and has been circling ever since. No other identification is listed.

Is there any other way to find out what this plane is doing and why it would be flying now?

According to the Washington Post, an unidentified C560 was also seen circling protests in Baltimore in 2015. The FBI stated the aircraft were theirs and "specifically used to assist in providing high-altitude observation of potential criminal activity to enable rapid response by police officers on the ground."

FlightAware shows the callsign of the flight over DC tonight as JENA120, consistent with the callsigns used by FBI flights during the Baltimore flights.

That plane was N557PG, a Cessna Citation V which is, according to the FAA, registered to National Aircraft Leasing Corp. That company is probably a front company for the FBI. Here's the track that N557PG flew on June 2, 2020. Compare to the image in your question: 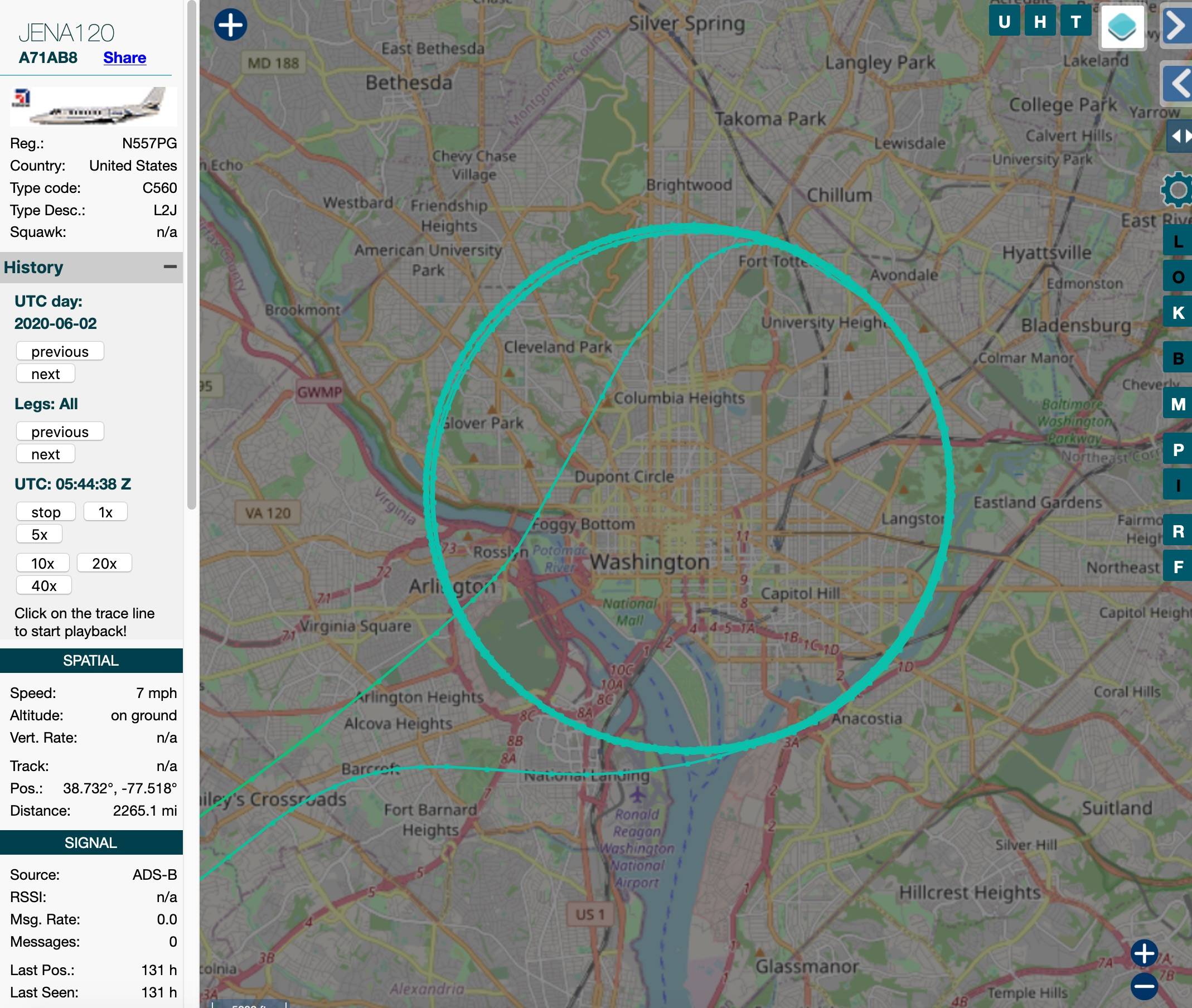 All the commercial trackers, like Flightradar 24, will hide aircraft identification info if requested (and paid) to. ADS-B Exchange is probably the first place anyone should check if they want to know what's flying around, because it has good coverage (maybe not as good as the commercial trackers) and never censors any information. Use https://tar1090.adsbexchange.com/.

After the 2015 Baltimore protests over the suspicious death of Freddie Gray while in police custody, it was found that the FBI had been flying more than a hundred aircraft over U.S. cities as part of a secret aerial surveillance program, where those aircraft were registered to front companies to hide their relationship to the FBI ("FBI behind mysterious surveillance aircraft over US cities" by Associated Press). National Aircraft Leasing Corp. was one of those front companies. You can see from the FAA registration database that there are 7 other companies, all fronts, with aircraft registered to the same address:

We know the flights are at least collecting video (including thermal/IR) surveillance because the FBI released some of it:

(FBI archive link: https://vault.fbi.gov/protests-in-baltimore-maryland-2015/unedited-versions-of-video-surveillance-footage/1D3001Part1). We know they have the equipment to do other sorts of surveillance too. 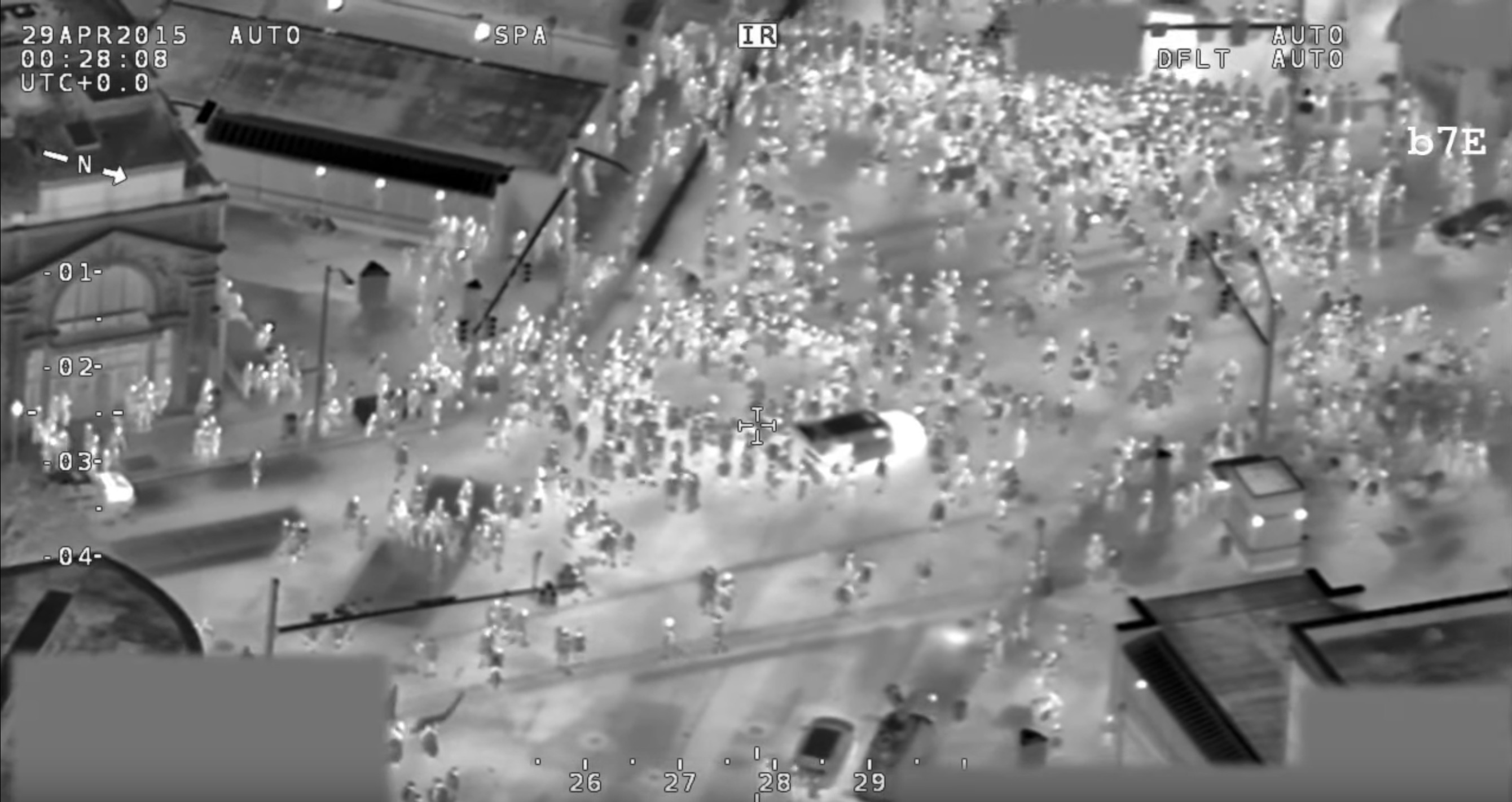 86
What is this plane flying in overlapping circles pattern doing?

11
Why do I not always hear ATC read back by pilots (on required instructions)?
9
How did ICAO SARPS come to include the 250 knots speed limit for aircraft below 10,000 feet?
14
Can a controller clear you through an SFRA?
8
If you turned base early, cutting off other traffic, what is the safest way to rejoin downwind?
8
Reasons for significantly lower than normal approach
7
Who manages air traffic during Red Bull air races?
8
Why did the tower at a Class D airport not set me up with flight following on the ground?
4
Can simultaneous departures be authorized from converging airports?