However, their names don't comprise a national prefix (as aircraft tail number do, or airport codes do), which would allow to delegate name bookkeeping to the individual countries's aviation authorities by prefix.

Therefore, a single, international organization has to somehow own and disambiguate all the intersection names. I would expect the ICAO to be that organization, but I haven't been able to find any resource mentioning that.

instrument-flight-rules aeronautical-charts icao
Share
Improve this question
edited May 29 '20 at 2:33

The allocation of waypoint names is actually handled by each country's individual aviation authority. This means that there are actually duplicates in different countries or regions. The ICAO has made at least two attempts to remove the duplicates and make the names globally unique, one in 2010 and another in 2018. Despite these efforts, there are still over 1000 duplicate waypoints in the ICARD database.

As already said in HiddenWindshield's answer, the five letter intersection codes do not have to be unique worldwide. I thought it might be interesting to see how many times these codes are actually being re-used.

Using my current navigation database (AIRAC 2006), I made a search for how many times each code is used. The following histogram shows how many times codes appear worldwide (note the logarithmic y-axis): 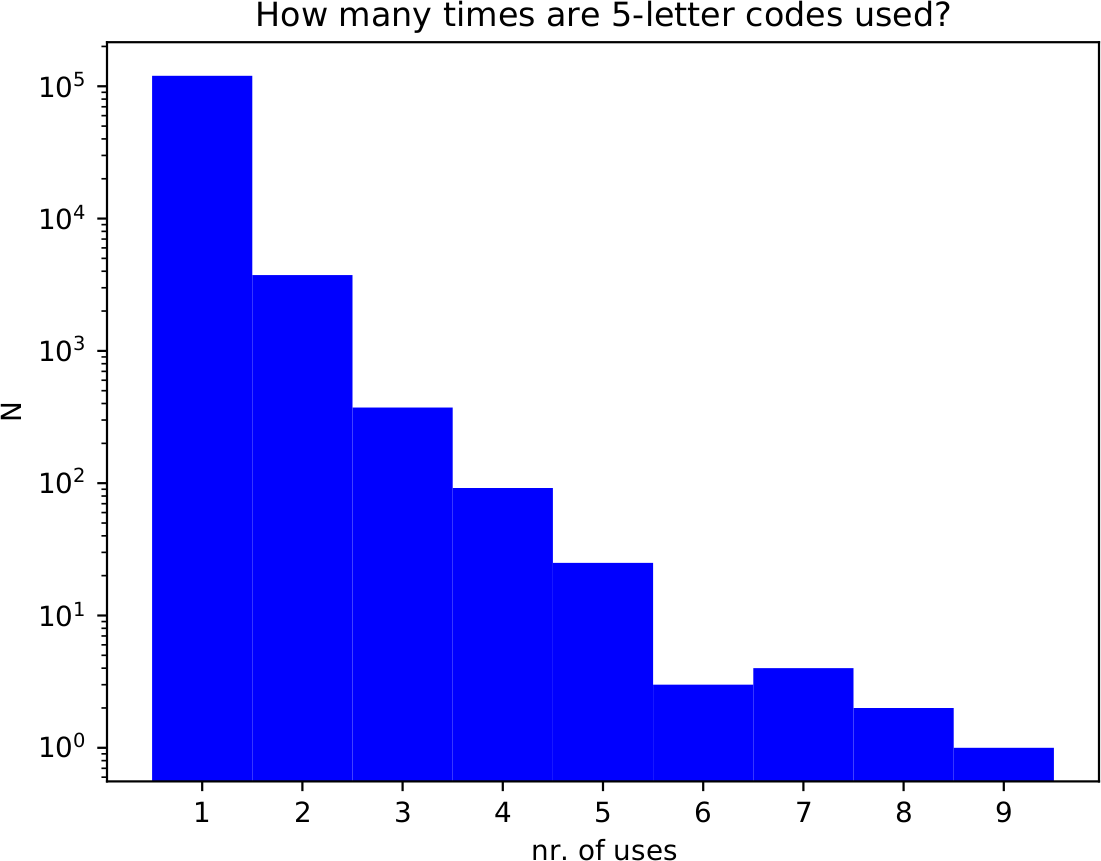 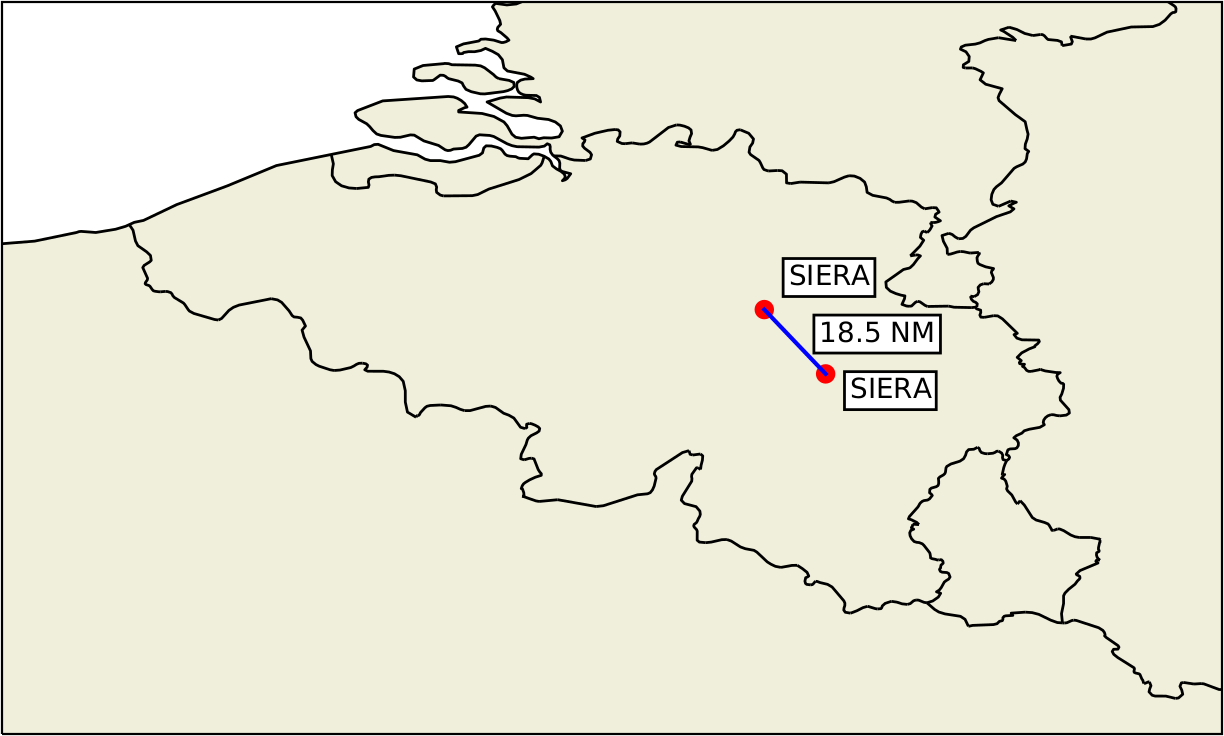 Not the answer you're looking for? Browse other questions tagged instrument-flight-rules aeronautical-charts icao or ask your own question.

19
How unique are waypoint names supposed to be?

6
What are the ICAO PANS? What are their contents?
8
What does ICAO database "engine count c" mean?
5
What is the gray zigzag line over V154 between Dublin VORTAC and LOTTS intersection?
2
Under what conditions can a flight continue beyond the point of in-flight re-planning?
3
Can I get pop-up IFR clearance to waypoint (intersection)?
8
What does the "D" symbol mean on this instrument approach chart?
5
What is the role of an intermediate fix?
4
What are the differences between blue airports and green ones on the low en-route chart?
2
Which organisation deals with Aviation Law - IATA or ICAO?