What is this extension at the tip of the Supermarine Southampton's wing?

Looking at this Wikipedia image of the Supermarine Southampton flying boat, I noticed what at first looked like a small wheel. But then I thought it couldn't be, as a wheel would be pointless in a flying boat (not to mention, it appears to be only under the right wing).

Any idea what it could be? 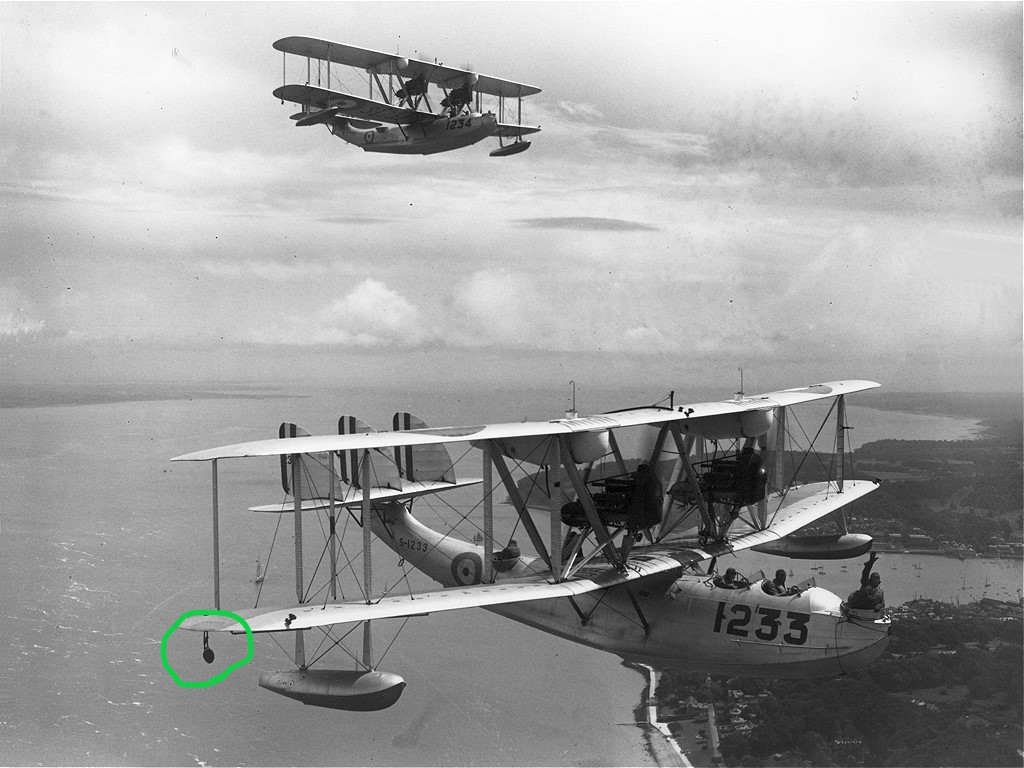 It's a standard flare bracket – controlled from the cockpit,[1]:76 it holds a burning flare to illuminate the water surface at night when landing.[2]

This particular streamlined design is most likely based on the 1922 patent by Holt Harold Edward Sherwin.[3] It's a clamshell device; when open, the two halves help reduce the heat going up. Those flares are also re-ignitable. The earliest design, also by Holt, was filed in 1917.[4] They are also known as Holt flares.

See item 18 in the front and lower-wing views above.[1]

Provision is made on the rear spars of the bottom outer main planes for the attachment of the standard flare brackets. The flares are controlled by push buttons on the port side of the pilot's instrument board.[1]:76 [emphasis mine]

The Air Navigation Directions (...) require aircraft to be equipped with landing lights (lamps or wing-tip flares) for flights by night (...) The construction of the flare brackets and their position on the wing of the aircraft must be such as to prevent the flame from the flare overheating the wing or aileron fabric when the aircraft is in flight or standing on the ground.[2] [emphasis mine] 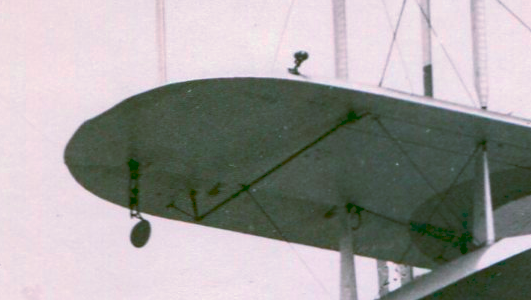 In the crop above, the object at the leading edge is a navigation light, the one below at the trailing edge is the flare bracket.

(My guess, with the engines near idle for landing, there wasn't enough electrical power for bright lamps, or they were heavy and/or unreliable back then.)

Not the answer you're looking for? Browse other questions tagged aviation-history feature-identification or ask your own question.

5
Does a 1lb crow expend only 7.68 Watts to fly at 37 km/h?
7
What is the round thing on the tip of an MD-90 wing?
113
Why does it take so long to develop modern military jets?
16
What is this pipe on the tail of this helicopter?
7
What does the letter D on the underside of the wing stand for?
3
What is this aeroplane - not a Blackbird?
6
What’s this vortex generator like thing below the wing?
15
What are the unusually-enlarged wing sections on this P-38 Lightning?
18
What is this hole on the left wing of the Eurofighter Typhoon?
12
What is the vertical rod on this Swissair DC-3 drawing?