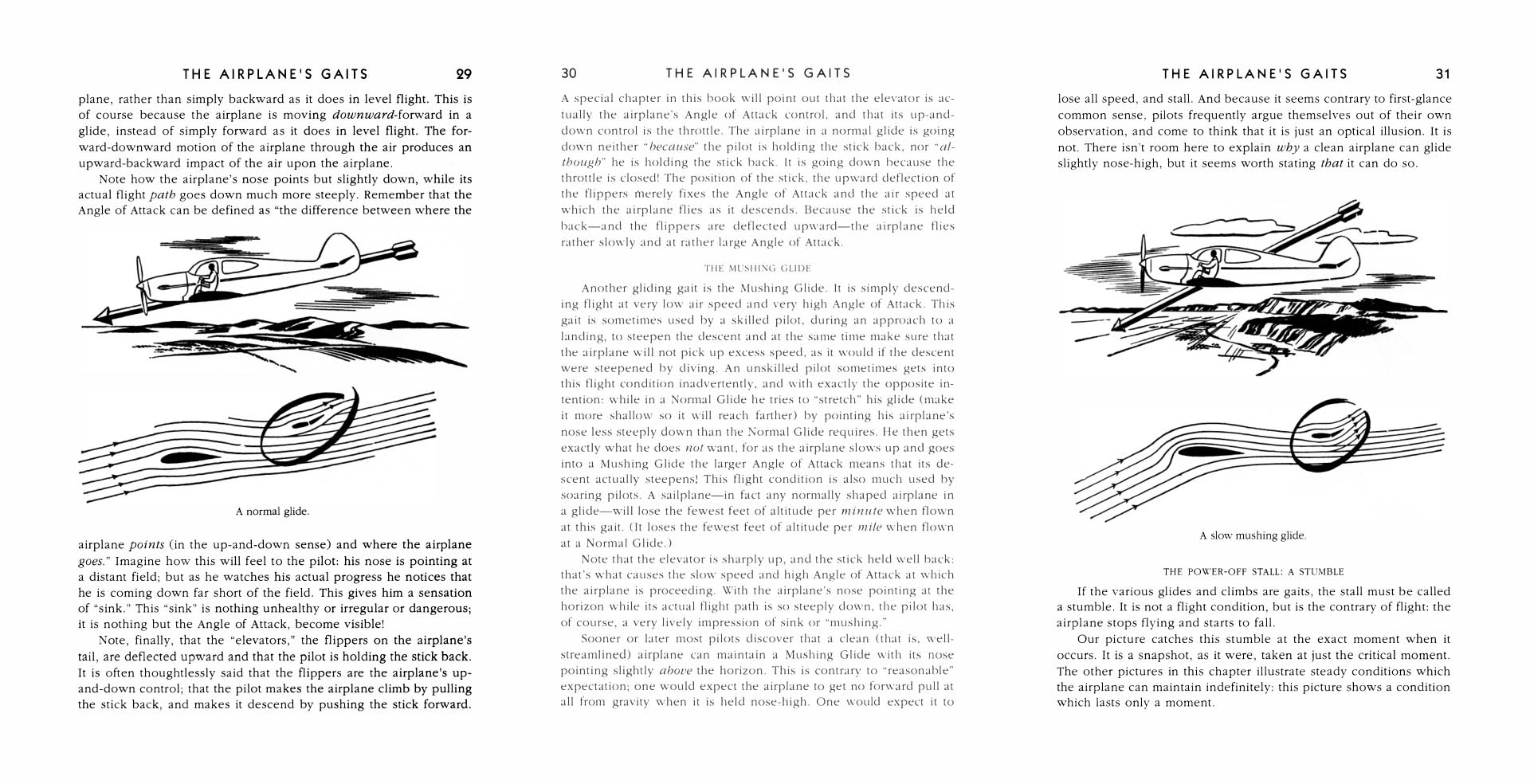 I ran across a mushing glide in Wolfgang Langewiesche's - Stick and Rudder; An Explanation of the Art of Flying book and across this topic.

The author says: This gait is sometimes used by a skilled pilot, during an approach to a landing, to steepen the descent and at the same time make sure that the airplane will not pick up excess speed, as it would if the descent were steepened by diving.

I think that the same (or similar) effect can be achieved with forward slip, which, unlike mushing glide, points the nose down, thus giving a pilot a better view during approach while having a higher airspeed as a hedge from the stall. Besides better visibility and higher stall safety margin I assume (but with no scientific proof) that the descent angle with FS might actually be steeper, especially if a pilot slips at Vfe thus creating a large amount of drag.

That being said I wonder which flight condition/maneuver allows steeper approach and if there's any particular benefit of mushing glide to FS? What are your thoughts of this kind of approach?

It really depends on the aircraft. Some have plenty of rudder authority and sideslip very well, others are better at stall onset with still plenty of elevator and aileron authority.

Now first to the term "mushing glide": This happens at very low speed when the airplane flies far at the backside of its envelope. Flow on the inner wing is already partly separated which causes the high drag. The nose is up because of the extreme angle of attack and the stick is pulled back close to its rear stop.

Not every airplane will be pleasant to fly: Some will show abrupt stalling and cannot be held in this mushing glide. Others have less stall margin between inner and outer wing and the pilot risks an inadvertent roll when the outer wing has an airfoil with poor stall characteristics (think 5-digit NACA series) and one side stalls first.

But there are also many airplanes which can be held easily in this attitude and with responsive ailerons and elevator, too. Those are the ones which lend themselves to a mushing glide. I would only fly this after extensive stall testing at altitude, calm winds and when I know exactly how the airplane reacts to control inputs.

On the other hand, if there is plenty of rudder authority to achieve a substantial sideslip angle in a sideslip, I would't think twice and pick this approach. Ending it is possible with little to none altitude loss whereas a mushing glide needs to be ended at enough altitude to pick up some speed for the flare. Visibility is better and the risk of stalling a lot smaller.

"This gait is used...to steepen descent and at the same time...not pick up excess speed"

...the same effect can be achieved with forward slip?

Yes, you can steepen your descent angle at the same speed with a forward slip.

"This gait" is an extreme example of "short field" landing technique, but first:

any maneuvering near stall speed close to the ground is extremely dangerous. If you have adequate runway to land on, use it.

Gliders present a unique problem when landing, a very large glide ratio. A 25:1 ratio means you go half a mile to drop 100 feet. Going faster than Vbg to glide less efficiently is hopeless, as excess speed in ground effect = does not land.

So an expert pilot in a very docile glider with adequate stall warning buffet can push short field technique to the "mushing" limit on a calm day, but even a 5 knot puff of wind could be fatal, and headwind gradients of more than 5 knots near ground level are very common.

So flaps, spoilers, and forward slip solve the problem of angle of descent control at a much safer higher constant speed. Spoilers in particular help the glider land at a higher airspeed and, if need be, a high drag device (opening clamshells, parachute, friction brakes on wheels) can help bring it to a stop.

But an expert hand on the elevator, and eye on airspeed, is still the best defense against low and slow stalling.

Not the answer you're looking for? Browse other questions tagged approach descent glide-ratio sideslip or ask your own question.

21
Is it practical to intentionally stall an aircraft to execute a fast, controlled descent?
6
What is a mushing glide?

38
How far can airplanes glide?
3
In a non-symmetric turn, how do the side slip angle and thrust side slip angle affect the equations of motion?
18
What is the difference between the Maximum Glide and Minimum Sink ratios?
6
What does this statement about steep descent mean?
6
What is a mushing glide?
3
Best glide speed vs. best glide angle? Maximum glide range?
0
What is the relationship between drag and sink rate?
7
Why does a turn and slip indicator matter?
0
Forward slip dynamics