Why is Bombardier selling off all of its airliner series?

Bombardier’s product lineup formerly had three separate families of airliners (in addition to its side business with the Challenger, Learjet, and Global business-jet series):

Recently, however, Bombardier has been selling off their airliner lines seemingly as quickly as they can find buyers to take them off their hands:

These sales are allegedly to improve the company’s profit margin; however, divesting oneself of one’s flagship products seems completely self-defeating (in a boiling-the-seed-potatoes kind of way) as a strategy for making more money, as it eliminates their ability to sell more of these aircraft in the future. (Moving out of the airliner business to focus solely on business jets is looking especially stupid right now, given that business aviation, unlike commercial aviation, is unlikely to recover more than partially from the current state of affairs.)

What is Bombardier trying to get at here?

1: Technically, the Q-Series moniker only refers to the later DHC-8s equipped with active-noise-suppression equipment; however, with the exception of the DHC-8-100 (which was never equipped with the system, and which left production in 2005), all DHC-8s delivered since mid-1996 are so equipped, including all DHC-8-400s.

2: Thanx to @JZYL for pointing this out.

It's important to understand that Bombardier Transportation/Aerospace, while ostensibly a company separate from the original Bombardier family (which only retained a minority stake when it was split off from Consumer Products - snowmobiles, watercraft, etc), is still actually controlled by the family due to a bizarre dual class share structure where the family retains its minority stake in the form of class A shares that have many more votes per share (I think it's 9 or 10 votes or something like that) than the single-vote class B common stock. This gives the family control of the company, and makes it takeover proof (also making it very difficult to raise private capital), even though its equity stake is a small minority one.

But the basic problem is the C series and to a lesser extent the Global 7000, just about broke the company. So broke they were forced to give the program to Airbus more or less for free. The CRJ line was neglected due to the commitments for the C with little in the way of proper design updates. This handed over dominance on the Regional side to Embraer (who's newest Ejet is basically a baby C-series technology wise) and CRJ production is winding down (it is now a Mitubishi product - M's interest wasn't in the Regional Aircraft program, but its support and spares organization, where M was hopelessly lacking).

On the corporate side, the Lear 85 disaster and the Global 7000/7500 development was another money hole, almost as bad as the C.

So in nutshell, since the traditional government money tap the company has traditionally relied on has largely dried up, the family has decided to dump everything (including rail) and just retain the consumer products operation, the separate family controlled company, upon which the whole business was founded, that was spun off some years ago.

The reason they are selling aircraft manufacturing lines to improve profit margin is because their aircraft business has a relatively low-profit margin. One of Bombardier most successful products is this: 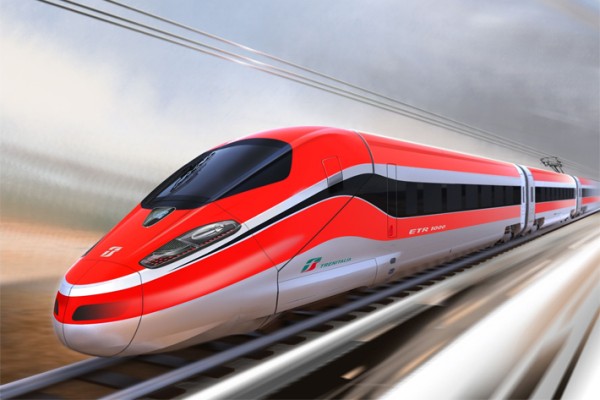 It looks somewhat like an aircraft but it is missing the wings. It is called a "train". Bombardier calls itself "the world's leading manufacturer of both planes and trains". Compared to Airbus and Boeing, they are a very small aircraft manufacturer, but they compensate for that in the train market. By moving out of the airliner manufacturing market they focus on their more profitable train building business.

Not the answer you're looking for? Browse other questions tagged airliner bombardier bombardier-crj dash-8 airbus-a220 or ask your own question.

19
Why are airliner underbellies generally painted differently?
6
Has a commercial passenger airliner ever had its cockpit fully upgraded?
21
Can the wheel brakes hold an airliner in place if its engines are at full thrust?
10
Why there is such a strong correlation between the range of an airliner and its passenger capacity?
4
Why should autofeather only be used for take off on the Dash-8 Q400?
2
Do all Bombardier jets have manual reversion?
6
How efficient would an airliner be if it did not have to carry its own fuel?
2
Does the A220-300 have krueger flaps or are all of its leading-edge highlift devices slats?