What variant of Mi-8/Mi-17 is this near Kennedy Space Center?

A tweet by Julia Bergeron showing pad activity near Kennedy Space Center also showed what seems like an unusual visitor for the area. I've attached the relevant picture. It's clearly in the same family as the Mi-8, but has the following unusual features:

The closest I've come so far is an Mi-17MD, but I'm not fully satisfied with that identification. 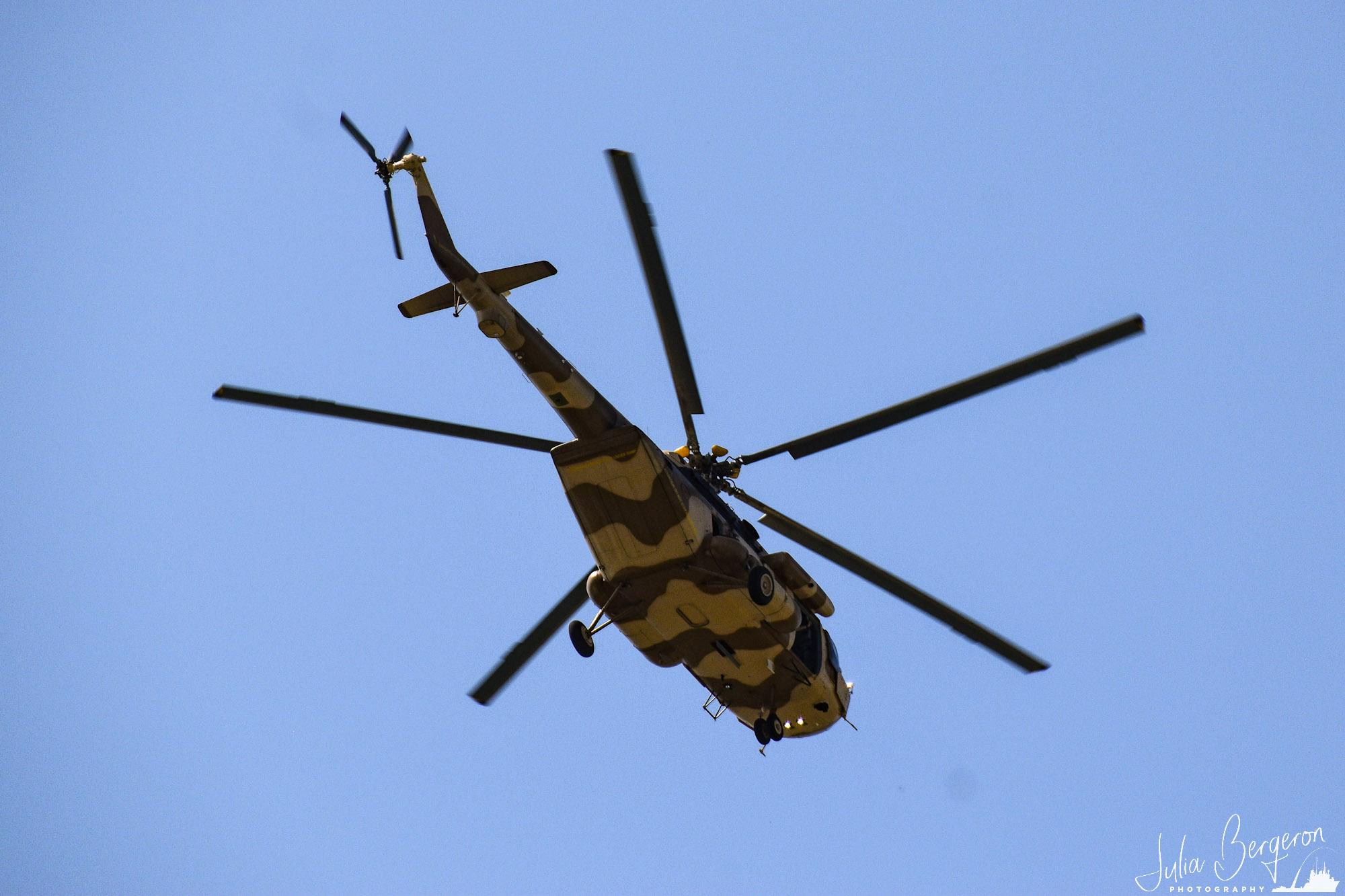 I have a better candidate than the Mi-17MD now: what I think is the next version after that, the Mi-17V-5. The feature that really prompted the question was the heater not being in the place I'm used to; the V5s have an enlarged right-side door, and that apparently necessitates moving the heater to the top-right position (from where the KO-50 used to be, right, extending from the same bulge that extends forward from the right main gear). Oddly, it's not clear to me if all V-5s share the door or not--Airforce Technology makes the right-side door sound optional, and it's tough to tell if various internet sources are just using stock of any Mi-8 when they refer to some country or other purchasing V5s or if they're making sure they're getting it right. Mi-17MDs in the service of the Colombian Air Force seem to delete the heater unit altogether.

The only other thing I'm wondering about now is the large open hatch above the right-side landing gear. Most Hips have round windows there. That might some kind of optional equipment though.

...there also may be a roundel just behind that hatch, but I can't tell what it is. The CH-178s had similar roundels there, but I really really don't think it's one of those.

12
What type are these planes that are flying in formation near Culver City, CA?
20
What is this flying boat being restored at the Udvar Hazy Center?
5
What aircraft is this flying near Greenford?
13
What is this delta wing aircraft parked at NASA Ames Research Center at Moffett Field?
14
What is that decommissioned plane near Nadirgul Airfield?
2
What Blackbird variant is the one at the Kalamazoo Air Zoo?
5
Can you verify that this aircraft is not a variant of the T-34 Mentor?
36
Why was this commercial jet accompanied by small plane near Seattle?
5
What is this low wing propeller plane flying near Denver?