In Antonov An-225, why there are radioactive / nuclear signs?

Looking at some An-225 images, i see some radioactive signs near the nose radome. Why they are there? I'm sure it doesn't have a nuclear reactor on board or any nuclear medical equipment. The only thing that comes to mind is nuclear density gauges or something related to the radar. Does other planes also use radioactive materials for the same purpose? I've never see, read or heard of any plane using radioactive materials except for propulsion. 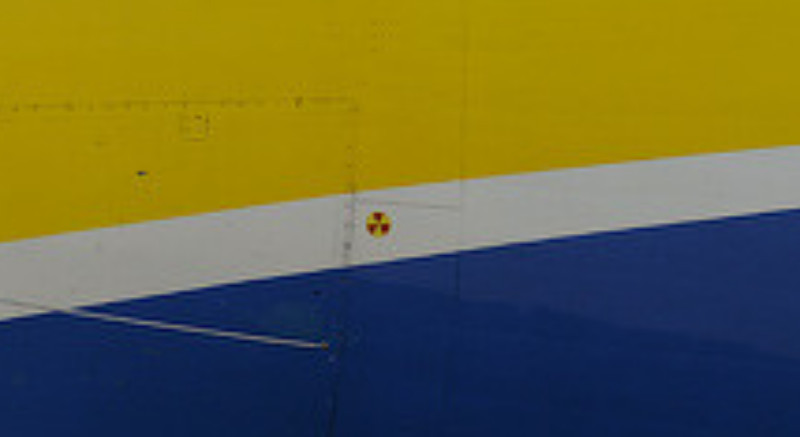 Find this link on this answer:

Does the Antonov An-225 have an Auxiliary Power Unit (APU)?

"Radiation" is a broad term and does not always imply radio active isotope material. High power radar units can have adverse effects on the human body.

The power that radar systems emit varies from a few milliwatts (police traffic control radar) to many kilowatts (large space tracking radars). However, a number of factors significantly reduce human exposure to RF generated by radar systems, often by a factor of at least 100:

The warnings are likely due to the emissions of the radar units in the dome.

Not the answer you're looking for? Browse other questions tagged radar antonov-225 weather-radar or ask your own question.

9
Does the Antonov An-225 have an Auxiliary Power Unit (APU)?