How do slats actually work?

This what I know and researched about flaps: 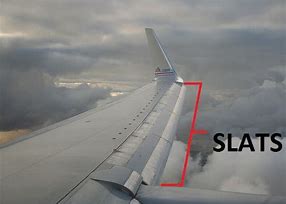 This is picture of slats in real life 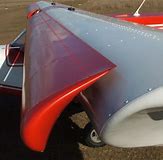 Flaps on a plane 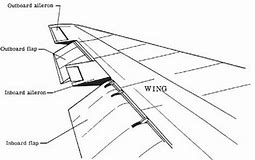 Once again, I want to know the function of the slats and the difference between flaps and slats.

A slat is a retractable version of a device known as “leading edge slot”. It is basically a slot just behind the leading edge.

When an airplane is flying slow, it will probably either be somewhat nose-up to maintain level flight, or be descending, or somewhere in between. In either case, the air strikes the wing at a higher angle than when the plane is facing forward and flying straight at high speed. The angle with which the air hits the wing is called the angle of attack.

On the surface of the wing, there is a layer of slow-moving air called the boundary layer, caused by friction between the wing and air. This boundary layer makes the wing appear thicker than it is, particularly towards the back, since the air piles up toward the back. The faster airflow prefers to flow around this boundary layer, instead of through it/around the foil, meaning the fast-moving air is turned less, and so produces less suction at the top of the foil.

At the trailing edge, this boundary layer terminates in turbulence, and creates more suction at the back. Obviously, due to the curvature of the airfoil, the backward side of the top of the wing is more angled towards the back and less upwards, so having suction in that region creates more drag and less lift than having suction further forward.

In effect, due to the boundary layer, the airflow around the wing “sees” the top rear portion of the wing bulge out more than it actually is. The resulting “shape” of the wing is flatter at the top, creating less lift, and has a blunter, steeper trailing edge, creating more drag.

At the higher angle of attack mentioned above, the boundary layer over the top of the wing is even thicker, since, as you can guess, the airflow around the wing would be slowed more on the more difficult journey. Eventually, at very back, the direction of airflow in the boundary layer may reverse, (this is what is called flow separation) creating even more turbulence and increasing suction in that region even more, making something that is bad worse.

With increasing angle of attack, the boundary layer continues to thicken, and the zone of separated flow expands forward, eventually there will come a time when the wing “bulges” out so much it no longer produces an increase in lift, but produces a lot of drag. This is a stall.

The slot behind the extended slat lets in more fast moving air, speeding up and thus thinning the boundary layer.

So, what is the difference between flaps and slats?

Also, just a clarification for the OP about the “droop”. Leading edge droop is exactly what it sounds like. It gives the air a smoother journey over the wing at high angle of attack, increasing lift. But at low angles, it produces negative lift.....

The leading-edge slat was independently invented by Gustav Lachmann and Handley Page just after WWI. (Lachmann presently came to the UK to work for Handley Page.) It diverts airflow downwards over the wing, allowing the wing to operate at a higher angle of attack and hence at lower airspeeds, without stalling. It is most needed near the wing tips and, as it causes drag, is often only added to the outboard section.

The gap between the slat and the wing is called a slot. Early examples were fixed, but retractable slats were introduced later to reduce drag during cruise. Alternatively, some fixed slats were faired into the wings (as on the Me 163 Komet rocket fighter of WWII) so that only the slot looked different from the rest of the wing. Aerodynamic analyses often focus on the slot, and so authors often differ as to which they treat as the primary device and which the secondary; you may notice this in some of the other answers and comments here.

The plain leading-edge flap comprises the whole leading edge section and "nods" down to increase the wing camber. This increases the net lift.

The Krüger or Krueger flap is a related leading-edge device which looks much like a slat when retracted but is hinged along the top and flips forwards when operated to increase air circulation round the wing and thus enhance lift.

All other flaps are fitted to the trailing edge and enhance lift by deflecting more air downwards. Plain flaps are just hinged, Fowler flaps have slots like slats do. There are many other variations.

Broadly speaking, slats allow a higher AoA to increase lift, while flaps increase lift without having to raise the nose. Both allow the plane to fly slower without stalling.

Slats are on the front of the wing, flaps on the back. Both serve to change the camber, or curve of the wing, increase wing area, and change the angle of attack (angle of the aerodynamic chord of the wing, to the relative wind. They affect upwash, or the airflow ahead of the wing, and downwash, airflow behind the wing, both of which are components of lift.

Slats come in different forms, from gravity activated (slide out on rollers, such as the Sabreliner), and hydraulic, electrical, and pneumatically operated. They may be a shell on the leading edge of the wing which extends forward and down, and may have a slot (which helps delay airflow separation above the wing). Some are fiberglass panels which extend from below the wing and flew into a curved shape (eg, 747), and some are flat panels that rotate forward and down (eg, 727).

Typically on slat-equipped aircraft, the slats are extended first, or with the first increment of flaps, and remain extended during all flap operations. Slats may also be kept retracted under certain circumstances, but lack of slats means an increase in stall speed. Asymmetric extension of slats also leads to a significant imbalance of lift from one wing to another, and has resulted in disaster.

Slats and flaps are generally extended in varying degrees, for takeoff, as well as landing. Some systems extend slats automatically during a low speed or high angle-of-attack condition, to provide a stall margin. Some aircraft utilize flight control systems which work slats in and out in increments automatically. The combination of slats and flaps increase lift; greater increments of flaps also increase drag, and the effect of slats with flaps is to allow a slower approach for landing while maintaining a safe stall margin.

What slats do is increase the camber of the wing, which enables it to generate more lift at a lower airspeed. They perfectly compliment flaps to transform a finicky "supercritical" wing (designed for optimal transonic performance) into a lower speed lift producing machine.

Camber has to be minimized at transonic speeds to avoid drag producing shock waves from forming on top of the wing. The accelerated air "Bernoulli" effect mechanism, which works so well to produce lift to drag ratios in excess of 150 and very gentle stalling characteristics (see the DAE 21 on airfoiltools.com), cannot be used once the air flow above the wing nears the sound barrier.

Lowering slats and flaps enables a huge airliner to maintain lift at 1/3 it's cruising speed. Retracting them enables cruising speeds in excess of 500 mph.

But there's more: slats also dramatically improve the stalling characteristics of swept wings by "washing out", or lowering the Angle of Attack, of the wing tips. Slats make lower speed maneuvering much safer.

Not the answer you're looking for? Browse other questions tagged wing aircraft-systems aircraft-physics flaps slats or ask your own question.

9
How do slats reduce stall speed?

18
What is the difference between flaps and slats?
9
What is the difference between a leading edge flap and a slat?
8
Would a slotted “wing” work?
7
What would happen if flaps are extended beyond 40 degrees?
14
Why are the outboard Krueger Flaps retracted before the others on the B747?
5
What would be the effect of skinning over the gap in fixed leading-edge slats?
11
Why are Krueger flaps called flaps and not slats?
1
At which point in scale reduction do slats and flaps become unnecessary?
0
What suits best for lateral controllability at high Angle of Attacks- a vortex generator or wing slots?