Why are the Boeing 737 nacelles odd shaped?

Why is a Boeing 737 NG engine not completely round in shape? It seems to be flat at the bottom and round at the top and sides. Earlier Boeing 737 versions (100 and 200) seem to have a more rounded shape. 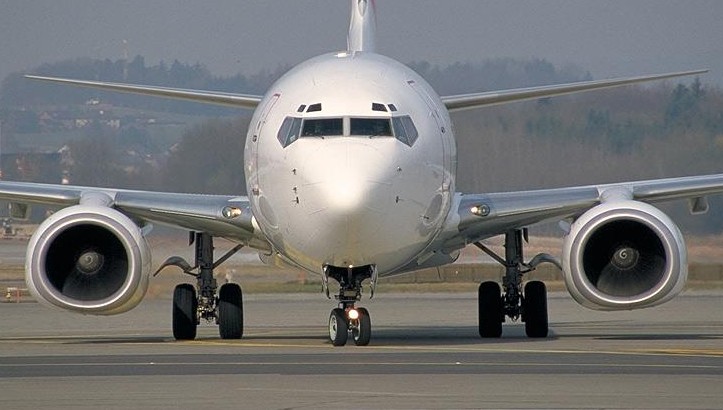 The engine in question is a CFM56 turbofan engine which is larger than the JT8D the plane was originally designed for and thus has less ground clearance. This meant that they needed to flatten the bottom by moving the accessory gearbox to the side from the bottom and shrinking the fan.

In the early 1980s Boeing selected the CFM56-3 to exclusively power the latest Boeing 737 variant, the 737-300. The 737 wings were closer to the ground than previous applications for the CFM56, necessitating several modifications to the engine. The fan diameter was reduced, which reduced the bypass ratio, and the engine accessory gearbox was moved from the bottom of the engine (the 6 o'clock position) to the 9 o'clock position, giving the engine nacelle its distinctive flat-bottomed shape. The overall thrust was also reduced, from 24,000 to 20,000 lbf (107 to 89 kN), mostly due to the reduction in bypass ratio.

They also mounted the engine in front of the wing rather than below to get every bit of clearance they could. 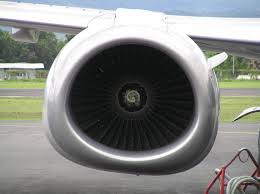 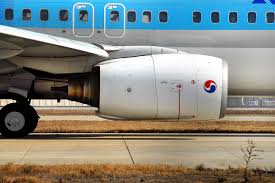 You are confusing the shape of the engine with the shape of the nacelle. Axial-compressor jet engines (standard on larger commercial jets) are invariably round and thin1. Engines with a centrifugal compressor are fatter in the middle and will occasionally be lumpy shapes depending on the internal airflow (some engines completely reverse the flow of air through them, sometimes several times2).

Positioning accessories like pumps, starters, generators, control boxes and minor things like mounting brackets are flexible. The engine manufacturer may dictate the position of some things like a gearbox, but if it attaches with a hose it can generally go anywhere the airframe designer wants to put it. The nacelle is then built to contain everything, not produce too much drag, not hit the ground, and preferably not cost too much to make. There's no reason we can't make hexagonal nacelles, we just choose not to.

This question seems to have been worked over pretty well. My only additional comment is some background on the engine itself. Think of the SNECMA CFM-56-3 Turbofan as two parts: 1) the core gas generator designed and built by GE, and 2) the Fan/Power Turbine designed in France and mated onto the GE core. The best part of the story (you will not find this in Wikipedia) is the Boeing redesign of the engine strut to allow this engine to be mounted in front of the wing as opposed to under the wing such as with the -100 and -200 installations.

Another point that seems to be missing is FOD. During turbine engine design, considerable time and money is invested in designing features that protect the turbo machinery from FOD (Foreign Object Damage). This engine, if it was any closer to the ground (such as during operation with a deflated landing gear strut) turns into the most vicious vacuum cleaner in the world and sucks up everything in its path.

Not the answer you're looking for? Browse other questions tagged aircraft-design jet-engine boeing-737 nacelle or ask your own question.

3
Boeing 737 engine shape
2
Why do the engines on a 737 have a flattened lower surface?
1
Why jet engines can differ in shape?
48
How can I tell apart an Airbus from a Boeing?
28
Why force the nose of 737 Max down in the first place?
29
Why do we use pylons to mount the engines on jetliners?
8
Can old passenger airplanes be refitted with latest engines to extend their life and efficiency?
9
Why do engine cowl lips appear larger and more blunt on the sides than on the top and bottom?
4
Is there less vertical space for an engine under the wing of a 737 Max than for an A320neo?

3
Why are some engine nacelles thicker than others?
8
Why are 737-200 engines more susceptible to separation?
9
What is an accessory gearbox?
0
What kind of liquid can be seen 'leaking' from the bottom of a Boeing 737-800 engine?
6
Why has Boeing used mini winglets on the 737-200?
17
Why do the 737-100's JT8Ds, and no others, have suck-in doors?
12
Why wasn't the 737 MAX's landing gear lengthened enough to mount the engines under the wings, rather than in front of them?
17
Why didn’t Boeing ramp 737NG production back up in response to the 737 MAX groundings?
19
Why does Boeing use a trim wheel in the 737 and not their other products?