How does vertical stabilisation work?

I know that similar questions are available all over the internet, including this website. However, none of the answers make full sense to me.

I'm looking for simple answer (explain-like-I-am-5 type of answer). The vertical stabiliser has rudder. It provides yaw capablity to the aircraft and I understand that completely. However, people say that if a vertical stabiliser doesn't exist, it's very hard to control the airplane, it rolls the plane out of control if not monitored.

The wind a plane "feels" is not the external, meteorological wind, but rather the "wind" created by the plane's movement through the airmass (or perhaps we might prefer to say "within" the airmass). This apparent wind is called the "relative wind". So the vertical fin keeps the nose of the plane pointing in the direction that the plane is actually going, i.e. in the direction that the plane is moving through the air.

Imagine driving a car at high speed on an icy lake on a day with no wind. Can you see how a big vertical fin mounted at the back of the car would provide a "weathervane effect" that would tend to keep the car lined up with the direction it is actually moving, and would tend to prevent the car from "swapping ends" or sliding sideways?

That is what the vertical fin on an airplane does. It's a very bad thing if an aircraft "swaps ends" or slides sideways through the air at a very large sideslip angle. In extreme cases, there's essentially nothing the pilot can do to salvage the situation, and the plane may tumble violently out of control. It's a misconception to say that the function of the vertical fin or vertical stabilizer could be replaced by appropriate control inputs with the ailerons. It is true in many cases that planes with relatively small vertical fins often require the pilot to make larger rudder inputs to keep turns "coordinated", i.e. to keep the nose from swinging somewhat out of line with the direction the plane is going as it turns -- we'll save saying any more about that for some other answer.

Airplanes that lack a vertical fin must derive "weathervane stability" or "yaw stability" or "directional stability" from other aspects of the aircraft's configuration, generally having to do with the fact that more surface area is behind the center of gravity than in front of it. For example, a swept-wing configuration generates some amount of "weathervane stability" even without a vertical fin. Imagine putting a pair of swept wings or delta wings on a pole like a weathervane. Can you see how, as long as the pivot point were sufficiently forward, the whole assembly would tend to point into the wind like a weathervane? That's why hang gliders don't need vertical fins.

The question appears to contain a misconception about the relationship between yaw stability and roll stability. In fact, making the vertical fin too large actually tends to make a plane LESS roll-stable or MORE spirally unstable, so that it tends to roll away from wings-level into a steeper and steeper bank and turn. As a plane starts to roll into a turn, dihedral and sweep (if either are present) tend to generate a stabilizing roll torque that tend to roll the plane back towards wings-level, but only if the developing turn involves some amount of sideslip. In other words the roll-stabilizing effect of sweep or dihedral are only present if the plane is sideslipping to at least some small degree. A large vertical fin tends to prevent sideslip, and thus makes the plane behave as if it had less dihedral or sweep. That's why planes that need lots of roll stability, like "free-flight" model airplanes that must fly with no guidance of any kind from either a pilot or a computer, rarely have large vertical fins. Even though we don't want the plane to completely "swap ends" and tumble, or to slide sideways through the air at a really extreme sideslip angle, we do need for there to be some amount of sideslip in an uncommanded bank and turn in order for sweep or dihedral to be able to bring the plane back toward wings-level. Likewise when a free-flight model airplane is trimmed for an intentional turn, if the sideslip were somehow completely eliminated, we'd see the bank angle start to get steeper and steeper. If a pilot were actively controlling the airplane, he could deal with this by making an appropriate control input with the ailerons, but that option doesn't exist with the free-flight model airplane.

So other than preventing a violent tumble when the plane "swaps ends" completely, a vertical fin generally doesn't really contribute to roll stability.

Now any yaw (from a wind gust) creates a rolling "couple" as one wing goes faster than the other. Generally not a major issue with straight wings. Some dihedral takes care of that.

Then swept wings and much faster and larger aircraft came along. Swept wings increase yaw roll coupling by presenting an asymmetric straight half wing and more swept half wing to the airstream in addition to the rolling effect of wing speed asymmetry.

Designers countered by developing very large vertical fins, as seen on the Mig-15. These presented a whole new host of issues, as now the aircraft was highly asymmetrical to aerodynamic side forces. Planes of this design tended to spin out of control very easily.

In the rush to the jet age, the vertical symmetry of the biplane, and it's successor, the high wing monoplane was forgotten.

But, in addition to explaining to the 5 year olds, let them start building and flying for themselves. They will see how much vertical stabilizer and dihedral they need for their designs. 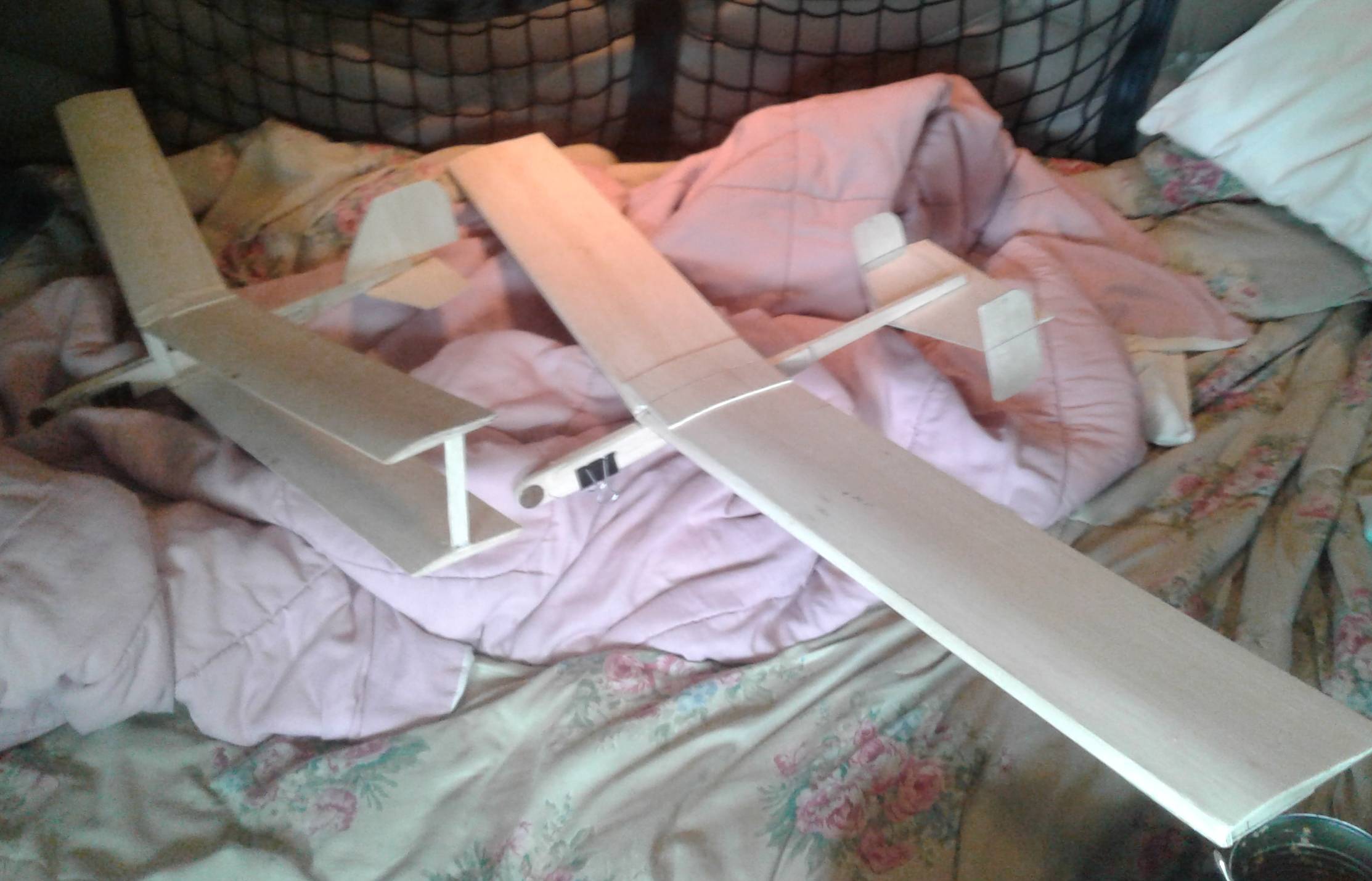 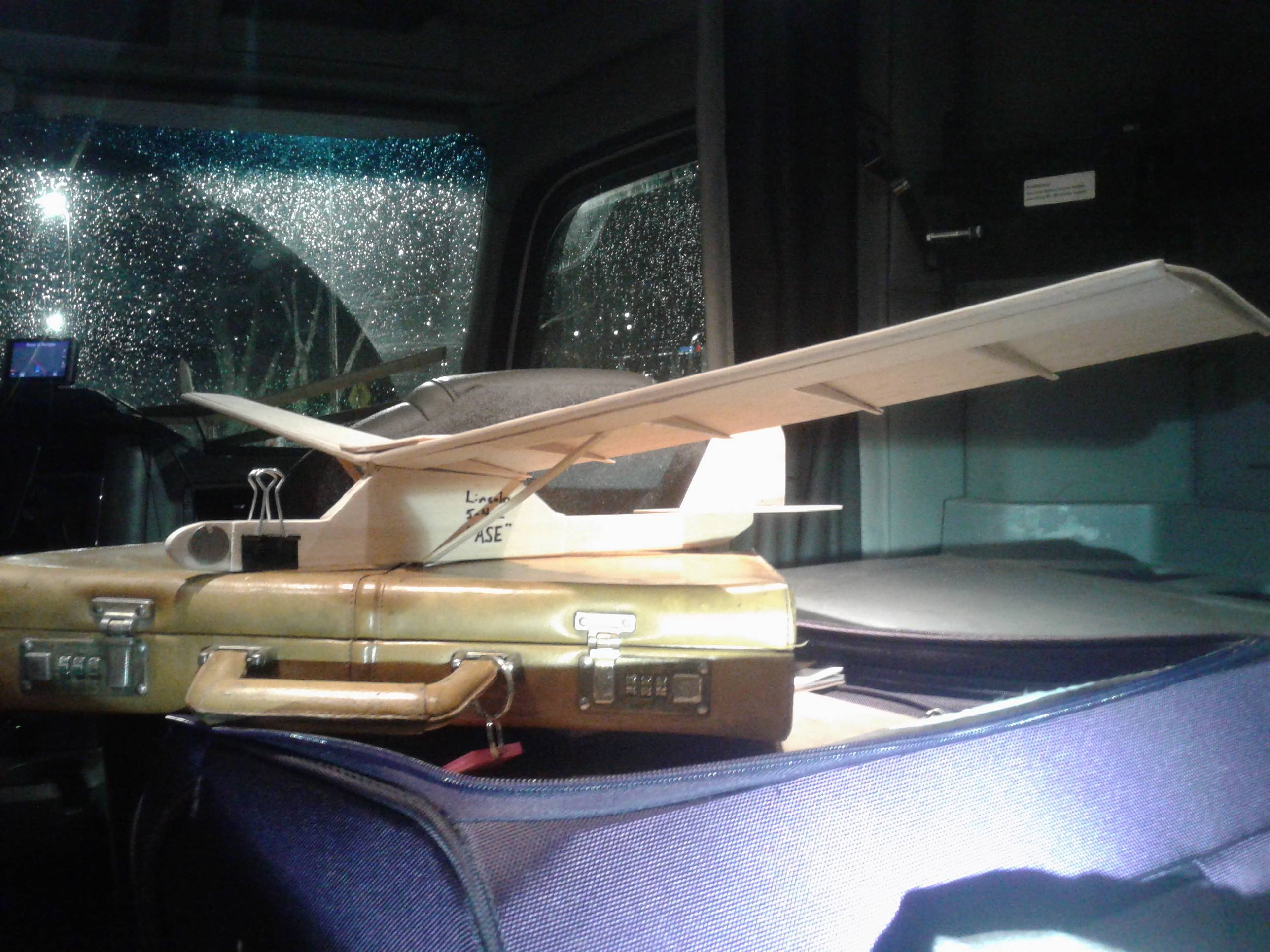 The vertical stabilizer is designed to provide a specific amount of passive weathervaning tendency. Not too much, not too little. The vertical stab's surface area is key to the airplane's behaviour for both lateral stability and spiral tendencies, and is tied into wing dihedral effect.

You want enough fin surface area to make the airplane passively respond reasonably quickly to yaw deviations, but not too much. Too little fin area, and its weathervane tendency is too weak and the airplane's nose wanders from side to side in turbulence.

If there is too much fin area, it weathervanes too quickly. If the airplane is put into a bank by a bump, for dihedral effect to work there has to be a bit of sideslip permitted to generate the self-righting force that dihedral is intended to create. So fin sizing is intended to allow a bit of lag between the sideslip starting and the weathervaning yaw response, so that dihedral effect can work to level the wings.

If the fin is too big, the weathervaning response is nearly instantaneous so that very little side slip is allowed to develop, and dihedral effect is less effective. So what happens is the airplane is disturbed by a bump and immediately yaws into the low wing and wants to start a descending spiral.

When airplanes are put on floats, the float surface area adds fin surface forward, which has the effect of making the existing fin smaller. The airplane is plenty stable laterally, but the nose wanders in bumps and needs more rudder work to do good coordinated turns (I've flown a Fleet 80 on floats, and it had no extra fin area added to the already smallish vertical fin with floats installed, and if you weren't on top of it with the foot work, it would slither around the sky like a glider would with no rudder inputs).

To fix this, either extra fin area is added at the tail when the floats are installed, or a trick that Cessna uses on later 180s and 185s can be employed, where a bungee spring is added to the rudder, which tends to hold it on center, and makes the rudder contribute some amount to the effective fin area. You have to live with higher rudder forces however.

Not the answer you're looking for? Browse other questions tagged aerodynamics aircraft-physics stability flight-dynamics vertical-stabilizer or ask your own question.

36
Why do aircraft need a vertical tailfin, but birds don't? (and lots of fish do?)
19
Does lift equal weight in a climb?
5
Why the need to use right rudder during stall recovery?
0
What are the dynamic stability properties of an aircraft with wings exactly at the vertical CoG?
1
How does wing aspect ratio influence lift and drag?
8
Just how do the underbanking and overbanking tendencies work?
2
XFY-1 Vertical take-off mechanics
1
Why did the Wright brothers take steps to increase the amount of vertical surface area forward of the CG on some of their aircraft?
0
If pilot use rudder to roll the aircraft at high AOA in the F4 Phantom then one aileron from one wing and one spoiler from other will be deflected?