How are winter weather operations different if they are based on an aircraft carrier instead of a runway on land?

I am guessing that naval aircraft carriers do not have room for conventional deicing trucks and snowplows. If they need to have frequent takeoffs and landings, time for clearing precipitation may be very limited, and there may be no alternate runways. How do they deal with winter weather?

I am interested in treatment of both the carrier deck and the aircraft.

aircraft-carrier cold-weather
Share
Improve this question
asked May 15 '20 at 4:11

It's true, carriers typically don't have snow removal and deicing equipment (like trucks, but they do have fluid and spray equipment). They don't have this because they regularly avoid weather that could cause significant icing or snow (carriers move pretty quick and weather is somewhat predictable).

But it certainly isn't unheard of that they encounter snow or ice.

The deck is somewhat cleared using tools like shovels: 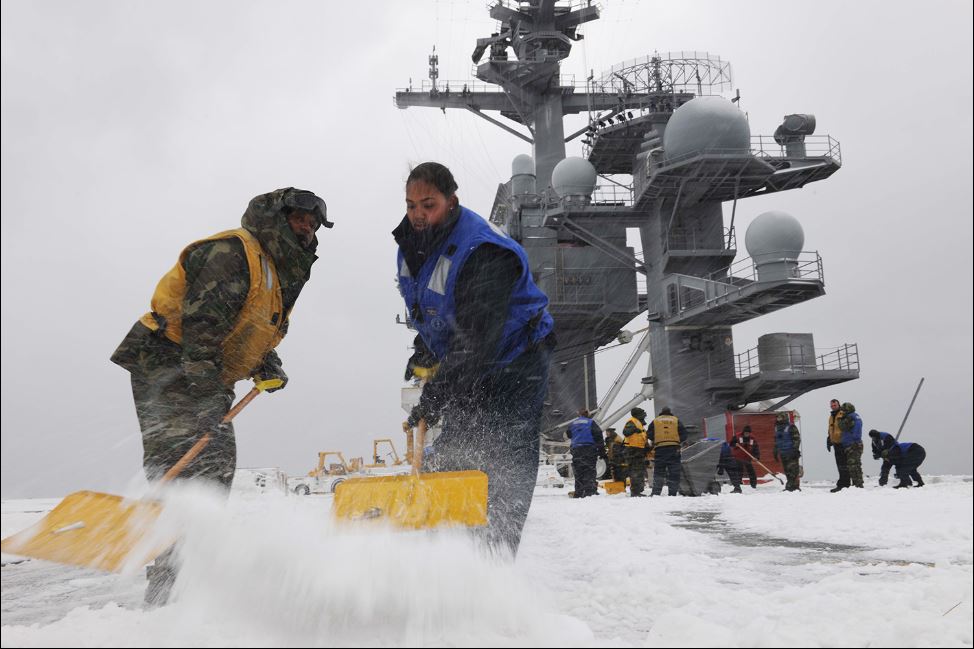 They also have a "sweeper" truck that can be used to sweep smaller amounts of snow off the deck: 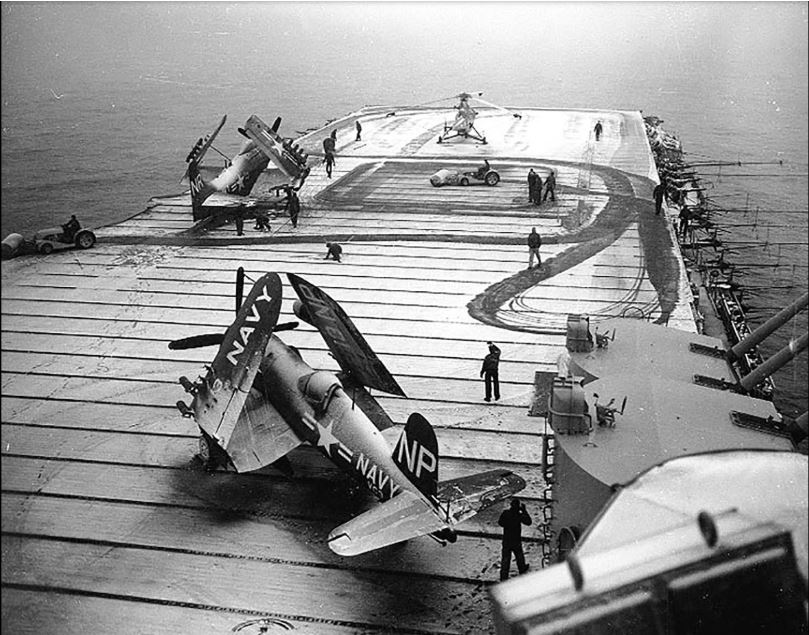 This is an older picture, but the equipment is still on modern carriers. They use it primarily for cleaning the deck and after incidents requiring broad FOD removal.

So one thing is in abundant supply on carriers, manual labor, and a lot of snow is removed doing just that. Teams working with shovels and dumping it overboard.

The Russians have a tool primarily used for FOD clearing, but is pretty effective at deicing the carrier deck: 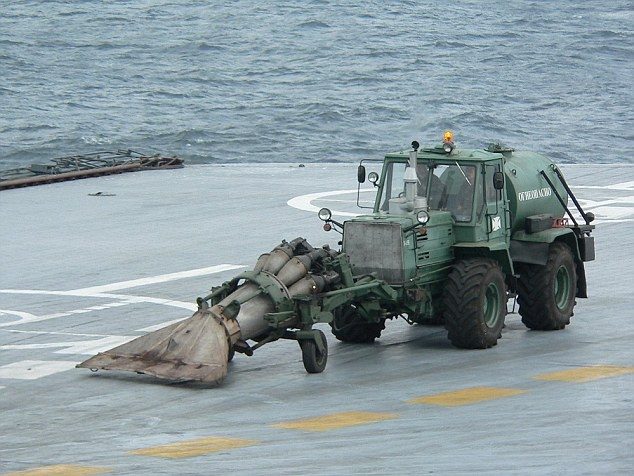 This is basically a jet engine (same one used in MIG-15's) that is mounted to the front of a tractor with a diffuser on the front.

The aircraft have an advantage that most of them can be stored inside when they have icing conditions. Aircraft that are caught outside are manually cleaned using things like brooms and even baseball bats. 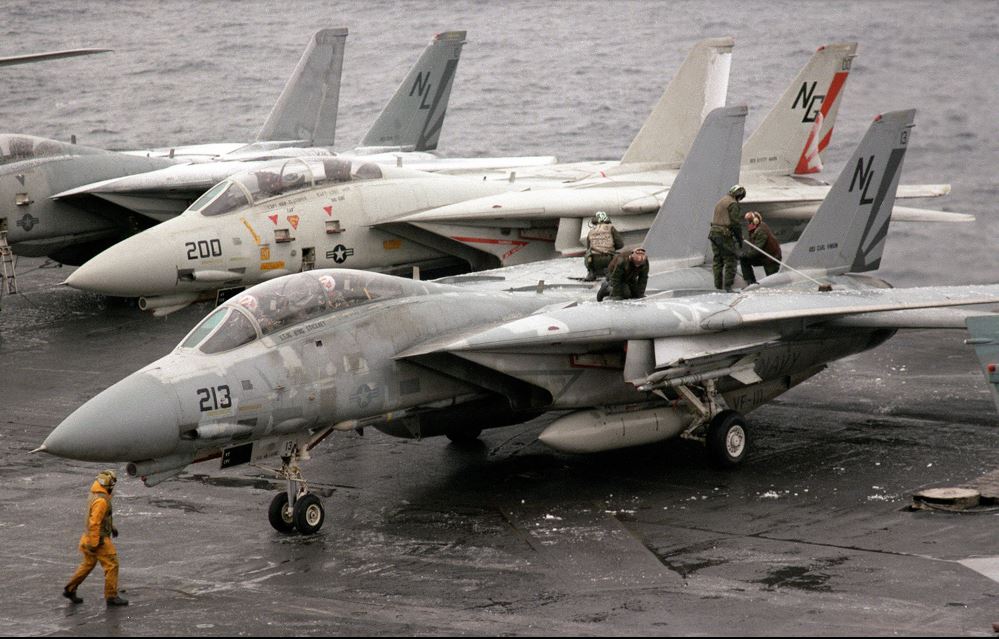 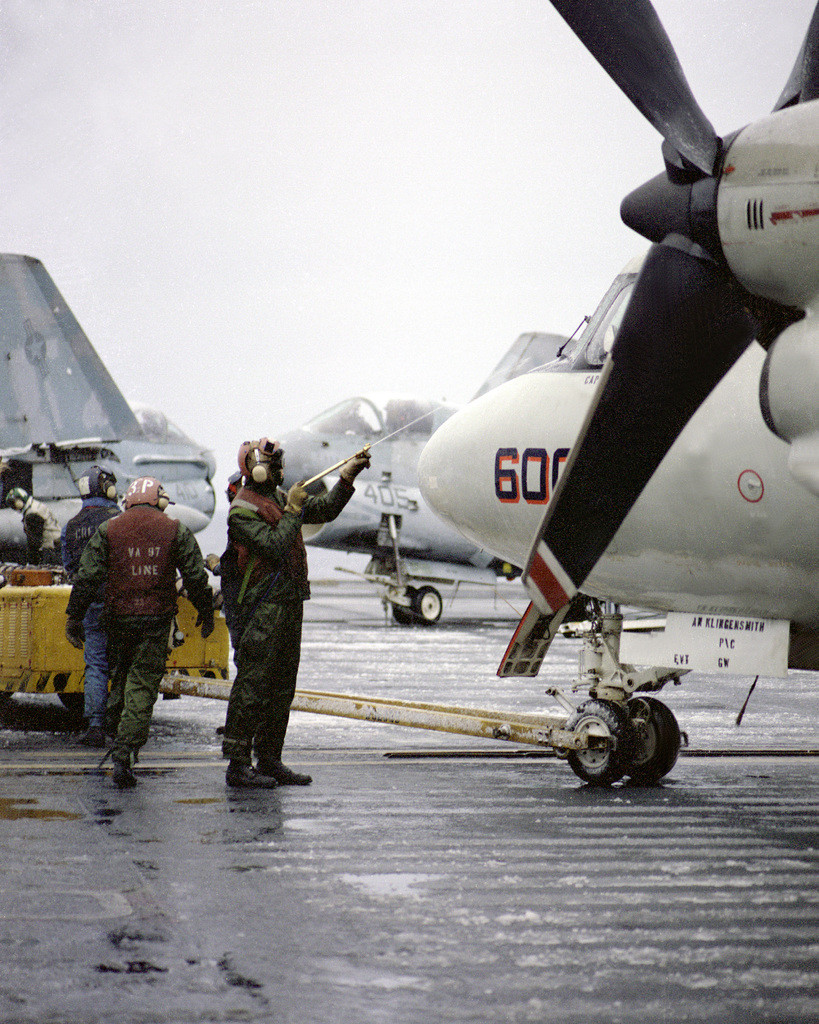 Not the answer you're looking for? Browse other questions tagged aircraft-carrier cold-weather or ask your own question.