What is the yellow marking underneath Delta A220 doors?

I've recently noticed a yellow marking underneath the left door of Delta A220s. It's a yellow rectangle with a black T on it and it is exclusive to Delta and no other airlines on the A220. Any ideas what it's for exactly? 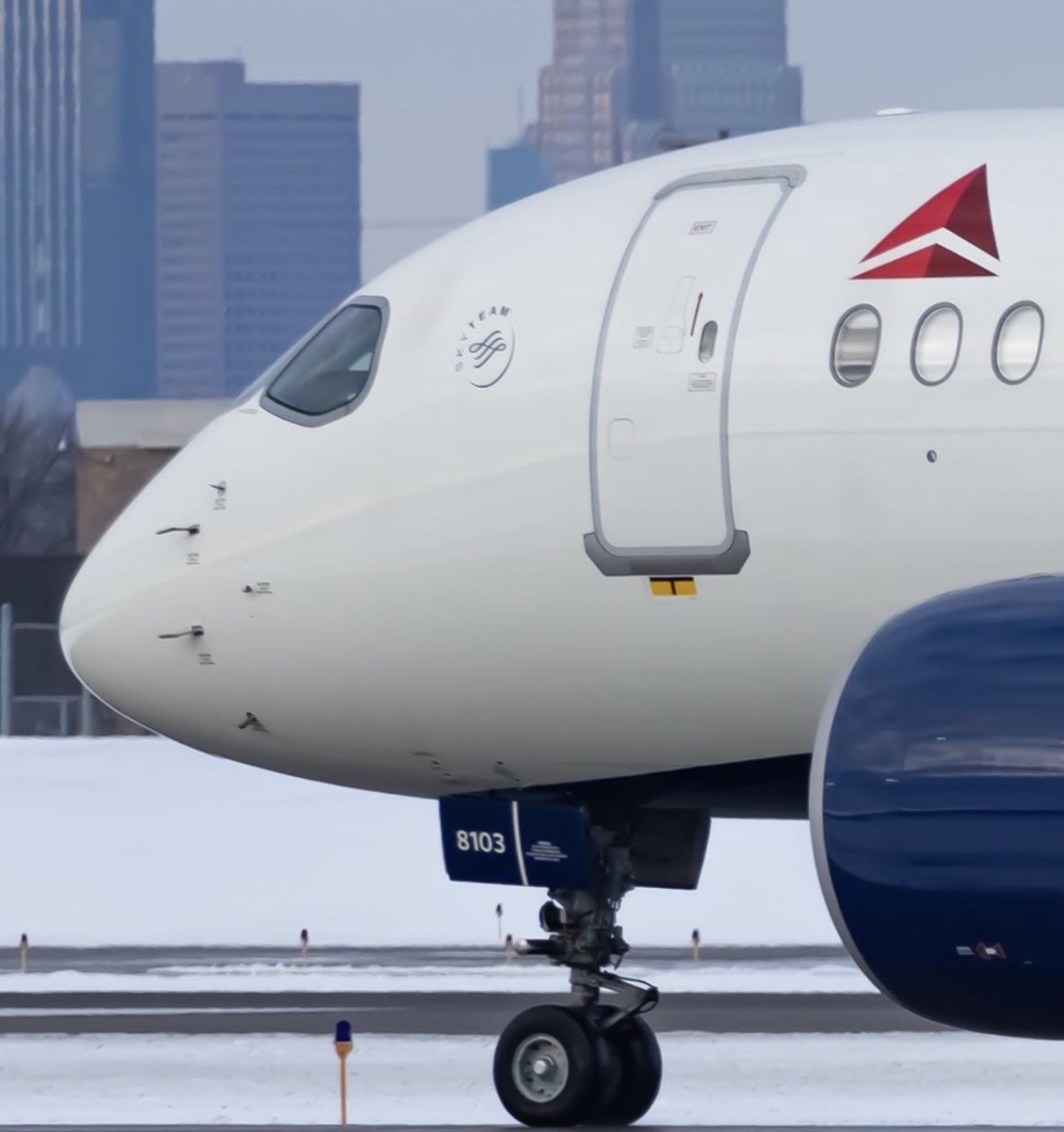 airbus aircraft-marking airbus-a220
Share
Improve this question
edited May 15 '20 at 12:42

This is almost certainly an alignment marking for the passenger boarding bridge (jetway). You can find the same markings on other Delta aircraft as well:

The dead giveaway is that these markers are found on the second door on the long haul jets, which are typically boarded through this door instead of the first one:

The jetways used by Delta will have a similar marking on them which aids in properly aligning them with the aircraft door such that the door can still be opened and passengers can safely board and disembark.

See also: What are these markings under the passenger door?

I'm just guessing, but it could be a guide for positioning the steps, especially as ground crews are still getting familiar with A220.

Not the answer you're looking for? Browse other questions tagged airbus aircraft-marking airbus-a220 or ask your own question.

9
What are these markings under the passenger door?

7
How is the cockpit rear view of an Airbus A340?
17
Why is there an ETOPS marking on the nosewheel door?
3
What are the "high performance characteristics" of a Boeing 777?
6
How reliable is the Airbus FAC calculated gross-weight?
13
What is this red dashed line between door and cockpit window?
3
Why are some A350s missing SSA probes on their nose?
5
Why is Bombardier selling off all of its airliner series?
2
What is that sensor on the Airbus A220?
2
What is the absolute ceiling of the A319-100, B737-700 and A220?