Does jet engine exhaust velocity relative to itself remain constant despite speed changes?

Maybe this is a stupid question.

I seem to have been told, the velocity of the exhaust leaving an airbreathing jet engine relative to the engine, is constant despite changes in airspeed. However, to my understanding:

So, what am I missing?

Thrust is created by accelerating a working mass in opposite direction. Net thrust is the difference between the impulse of the air flowing towards the engine and the combined impulse of burnt fuel and the air exiting the engine (and propeller, if one is fitted), derived by time. That impulse is the product of mass and speed. 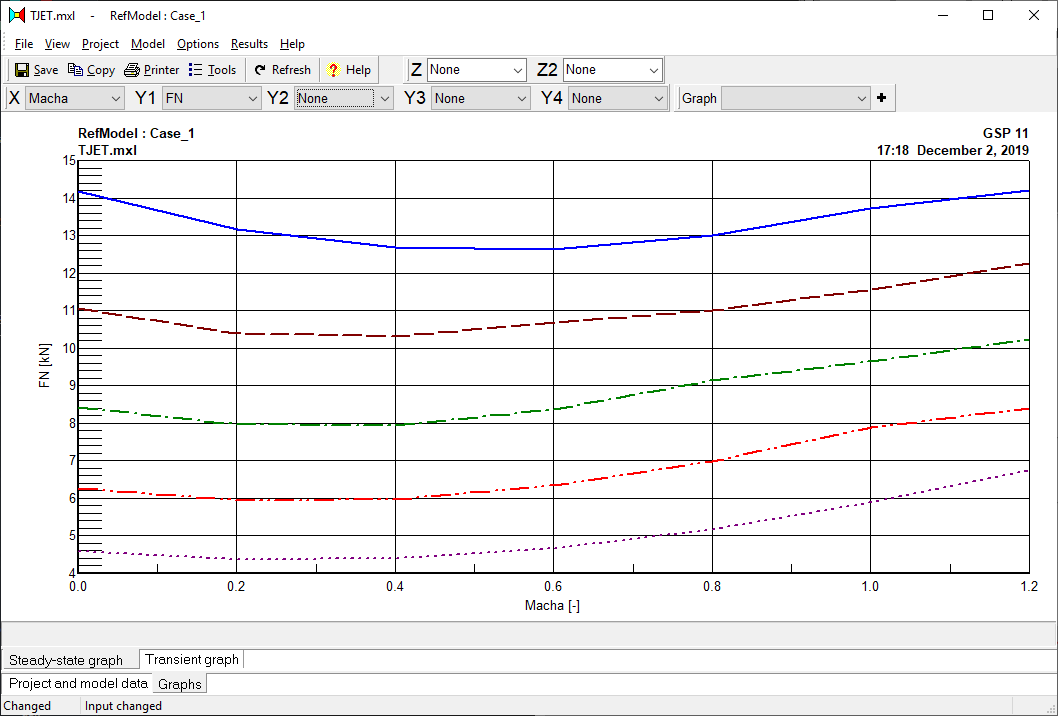 GSP simulation of a turbojet engine for varying altitude and speed, taken from this answer.

But if that were all, even the thrust of a turbojet engine would drop when speed increases. But there is a second effect which helps to let thrust grow with speed. With the square of speed, to be precise. That is the ram effect which helps to precompress the air entering the engine. At subsonic speed, this just about compensates for the loss of thrust: At low speed, the growing entry impulse lets thrust drop a bit but at higher subsonic speed the ram effect becomes larger and raises thrust again, such that a constant thrust becomes a good approximation (see simulation result in the plot above). However, pressure and thermal limits inside the engine will quickly limit the additional compression in the compressor and the amount of heating that can be added in the combustor. What helps is to fly higher, where outside pressure and the intake temperature will be lower, which more than compensates for the pressure and temperature increase from the ram effect. But then thrust will drop in proportion to density.

So far for turbojets.

Turbofans are a different matter. Here, thrust drops with increasing speed similar, but less severe, as it does in propellers. The nozzles of both the cold outer and the hot core flow only allow the exit stream to leave at subsonic speed, so at cruise speed the fan nozzle is critical or close to this (meaning, exit speed is nearly the speed of sound). In both nozzles the speed can not go up indefinitely and when the core engine exit speed at maximum thrust and low flight speed is already close to the speed of sound, the rule that it stays nearly constant is a good approximation of reality. 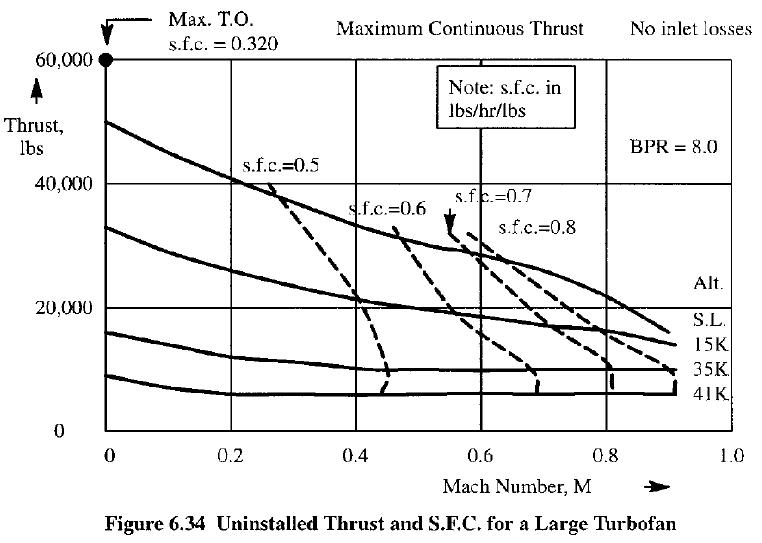 Uninstalled thrust and SFC for a large turbofan, from "Airplane Aerodynamics and Performance" by Jan Roskam. Found here. The steeper trend of the sea level thrust line above Mach 0.7 is caused by the pressure limit of the engine.

Not the answer you're looking for? Browse other questions tagged turbofan supersonic efficiency propulsion turbojet or ask your own question.

9
How does the efficiency of a turbofan compare between take off speeds and optimal conditions?
6
Would injecting water into a jet engine’s exhaust increase velocity?
2
At what Mach Number do variable cycle engines (VCEs) start showing benefits over turbofans?
4
Can motorjets be a viable means of propulsion?
4
Does the P&W F100 turbofan engine of the F-16 really produce this much power?
3
How does the power distribution change for a turbofan engine from being stationary to going at full speed?
6
Why did the Mercure use cascade-type reversers?
2
What mechanism did the turbine reversers of early high-bypass turbofans use?
2
Is it true that high-bypass engines are inherently inefficient at higher speeds?
5
Why is thrust said to be constant over speed for a jet engine?