Can I use motorcycle engine in aircraft [duplicate]

I am trying to build an Aircraft, The weight of the Airplane will be around 40 Kg with engine and 8 liters of fuel and with me the total weight will be around 90 to 100 kg and I want to use a motorcycle engine in the aircraft, the aircraft will be one seater and I have a question that which type of engine is best to use, 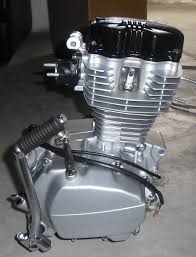 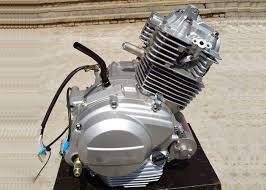 So should I use 1070 or 1065 size wood propeller and if this size is not suitable so please recommend me the best size,

If this plane successfully flies so what would be speed of it and will it give me same mileage as the engine gives in Motorcycle? And for how long I can fly nonstop with these engines, 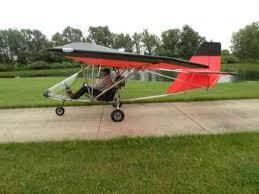 Please explain me as simple as possible, and Sorry for Bad English. thanks

aircraft-design ultralight homebuilt
Share
Improve this question
edited May 9 '20 at 17:50

You will need a fixed landing gear and a braced wing to keep your mass at your target of 40 kg. Expect a maximum L/D of not more than 10, maybe even 8.

The sum is 4.4 kW which is 5.9 HP. Running the engine at this power level means 54% of maximum power. Make sure you have a gearbox which reduces prop RPM to not more than 2000 in order to make those 70% realistic. The wing will need to have about 8 m² area and the tail another 1.6 m². Will that all fit within your 40 kg?

I expect that 80 kg is a more realistic empty mass. Now the wing will measure 11 m² and the power demand climbs to 3 kW for level flight and an extra 3 kW for climb. Total power will be 8 HP or 75% of maximum power. Ask yourself how long the engine does this and how big your radiator needs to be in order to avoid overheating.

This has been done, but here are some things you'll need to consider.

Air-cooled motorcycle engines are designed to produce short bursts of peak power, and to be as light as possible. Lightness is an advantage for any airplane engine, but having an engine designed for brief bursts of high power is not. An aircraft engine has to operate for long periods at high power settings without overheating; if you try this with a motorcycle engine it is likely that you'll burn the exhaust valve, warp the cylinder head and score the cylinder walls- in other words, wreck the engine.

In addition, to produce peak power in a small package requires that the motorcycle engine spin very fast- 6000 to 8000RPM- and a gearbox or speed reducer of some sort will be needed so you do not drive the propeller tips supersonic.

You might be able to use the gearbox built into the engine as a speed reducer, but it adds weight.

My recommendation is to find an industrial engine of about 20HP continuous rating at 3600RPM and operate it through a 2:1 reduction, derated to 15 or 18HP to reduce stress and increase life.

The best suggestion I could give you is to abandon your project. There are no realistic consideratoins in it.

The engines you planned to use are just 10 Hp. These are moped engines and they generate their maixum power at lower RPM's. These engines are designed to operate at ground level, wherein majority part of these engines are run at low RPM's and at fixed Temperature

The pressure exerted on the propeller is huge and you need a short gearbox with short lag. Which means an automatic with less lag. Anything manual with huge gear gap might break the propeller or Engine in an instant.

There are people who mentioned about a Cessna 172. That has over 5000 CC engine which is generating a mere 100-150 HP. What does it tell you? Its a huge engine running at low RPM and generating maximum Torque.

Remember, you cannot rotate the propeller more than 2000 RPM. It breaks the speed of sound and in this process, the propeller itself might break. You need a variable pitch propeller on such small aircraft which might be expensive.

The engines you mentioned cannot operate at an altitude above 3K or 4K easily. They just choke. How do you climb? You need a much bigger engine, which can generate enough thrust.

At Ground Level, you should be able to pump up the weight of the aircraft so, you can fly. But at altitudes above 1000 Ft, the air becomes thinner drastically and your engine needs to propel 2X or 3X or maybe 4X more. Which means, it should do 3X or 4X more work at thin air lacking oxygen. Remember, Oxygen is a heavier gas and concentrates around the ground. The higher you go, the less oxygen is available.

Most of the old aeroplanes used a manual fuel adjuster, wherein the pilot adjusts the amount of fuel pumped into the engine, depending on the oxygen availabilty. With Fixed carb, that's not possible. You would need a Fuel injection.

Temperature above 3K falls by around 40% from ground level. Will the engine break when it experiences such drastic differences in temperature? There are a hundred other things which I did not mention here which might be fatal.

I am not saying it's not possible to Fly. It's possible, but will you be able to reach your destination? You will be able to fly for a few meters and technically you flew. But is it what you want?

If you really wanna fulfil your dream, look at Diesel engines, Or Rotax engines, if you can procure one. That should solve the problem in an instant. And Regarding Kmpl or MPG, don't expect it to be cheap. If it can be cheap, we would have been flying instead of riding mopeds.

Even if you try to fly with this engine, the minimum speed you might need is around 60 Knots, which is 108KMPH, which this engine can never reach. Possible if you use a 8 speed gear box and even at that speed, the power generated is so minimal to lift the aircraft.

Not the answer you're looking for? Browse other questions tagged aircraft-design ultralight homebuilt or ask your own question.

10
Is it possible to fly using a small engine?
7
How can I calculate maximum rate of climb?

9
Which aircraft endure the highest Max Q's (aerodynamic pressure)?
3
What do I need to know to design contra rotating propellers for a powered paraglider?
15
Can an ultralight aircraft fly with a 18hp engine?
3
Is there any alternative to isolating the vibration of an ultralight engine other than using engine mounts?
7
How can filling a tube with foam help prevent buckling?
8
Why does the MCAS use the horizontal stabiliser rather than the elevators?
0
Can i create a home built aircraft with this engine?
0
Calculating thrust and required propeller size for a given engine power