Why should one not slip a Cessna 172 with flaps extended?

The POH strongly recommends not slipping the AC with full flaps...why?

It seems natural in a crosswind approach to allow the horizontal lift component to cancel the airmass movement across the centerline.

The basic problem is that sideslip induces a cross flow over the fuselage that can increase the local negative AOA and flow disruptions beyond that already caused by the turbulence and downwash being generated by the flaps. The stabilizer surface on the "lee" side of this cross flow may get enough flow disruption to be felt in the elevator, maybe accompanied by a bit of pitch bobbing at some extreme condition that maximizes the tail loading, like side slipping at forward C of G with large flap angles. In spite of its very powerful flaps, the 172's issue is fairly benign (or there would be a prohibition against using slips with flap as opposed to an advisory). 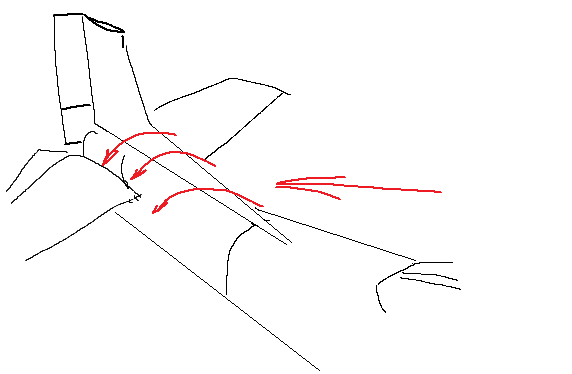 This can be a significantly worse problem with stabilator or all-flying tails that operate at larger negative AOAs than fixed stabilizer tails, as Cessna Cardinal owners are well familiar with. The Cardinal required slots to be added to the stabilator inboard leading edge to fend off tail root stall during landings, and resulting broken nose gears, during the first year of production, and that was just doing regular landings with maybe a bit of slip due to crosswind (the '68 Cardinal I once owned had the field mod slots added under the "Cardinal Rule" service bulletin - Cessna sent teams out to modify every aircraft pre production cut-in in 1968, somewhere around 500 a/c, and you can slip them with flap all you want).

The stabilator equipped Thorp T-18 homebuilt had to have a flap limitation added due to stabilator stall in sideslip (John Thorp did some testing after an incident in the 60s, discovering that the stabilator could stall with full flap, forward CG and sideslip, causing a nasty pitch over, and advised owners not to use full flap for landing).

There could be several reasons for such recommendation, but specifically for C172, its POH explains it as follows (section 'Normal Landing'):

Steep slips with flap settings greater than 20° can cause a slight tendency for the elevator to oscillate under certain combinations of airspeed, sideslip angle, and center of gravity loadings.

Not the answer you're looking for? Browse other questions tagged pilot-technique cessna-172 crosswind sideslip or ask your own question.

14
Is there any disadvantage to slipping as a way to lose altitude?

19
Why did Cessna get rid of manual flaps in their 172?
3
Why would an airplane's nosewheel bounce during landing?
7
Should I land a Cessna 172 with or without a little power?
4
How can using split throttles help when landing twins in crosswinds?
3
Does the headwind component change noticeably when transitioning from a crab to a slip on short final?
10
Problem with right crosswind landing but not left
14
Why not always take off with 10 degree flaps in a Cessna 172?