Why is a centrifugal compressor in aircraft engine less susceptible to stall and surge?

I have came across a similar question here. Although the answer doesn't explain much about why and is somewhat vague. I have read that centrifugal compressor can achieve a higher pressure rise per stage than axial compressor. So technically they are less susceptible to stall and surge.

Is it because the rotor blades of centrifugal compressors doesn't act/function like airfoils? 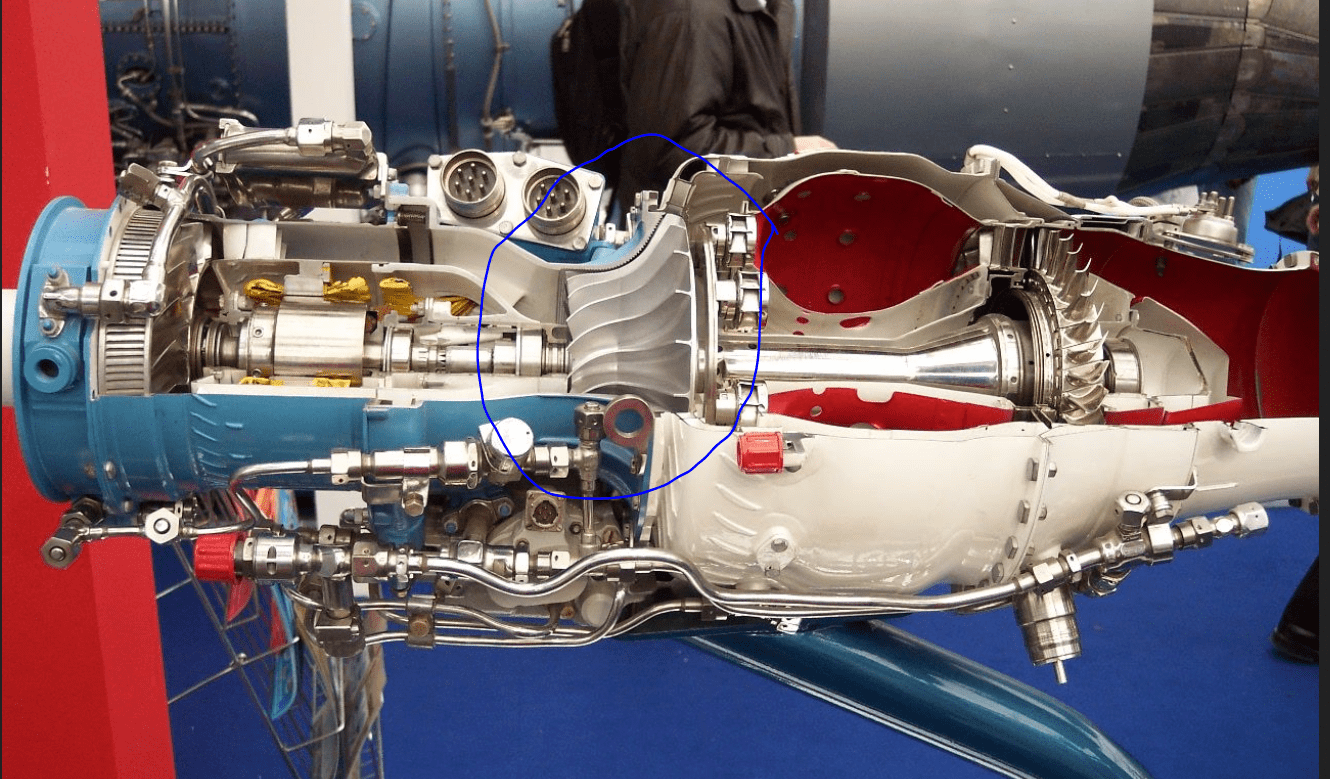 An axial compressor has blades that work like little rotors (which are really just rotating wings) - the rotors accelerate the air, and the stators slow the air down again, using that kinetic energy to compress the gas. Just like wings, these blades can stall and lose function whenever the input flow is disturbed enough (such that the local angle of attack of a portion of the blade is too high for the given local flow conditions). This stall can then potentially spread to other blades, or to the entire engine.

As you said, the vanes of an impeller in a centrifugal compressor don't work like airfoils (instead, they kinda just rotate and push air around, kinda like a turnstile), so if they encounter airflow disturbances, they won't stall like an airfoil would. Of course, if said airflow disturbance is something like severely restricting airflow, the compressor will surge, but this is considered rare in practice.

Therefore, it's much easier to get an axial compressor to surge or stall (just by disturbing the airflow a lot) in comparison to a centrifugal compressor, which requires airflow to be restricted.

For a compression system operating in normal condition, a mass-flow reduction leads to an increase of pressure rise. By reducing continuously the mass-flow, you reach the point of maximum pressure ratio after which the compressor operates differently. This could bring aerodynamic stall in flow and degrade performance.

In nominal operating zone, compressor is unconditionally stable since compressor and throttle lines have « opposite » behaviour. A small reduction in mass flow leads to increase the pressure rise through compressor and decrease pressure drop in throttle. Therefore, the flow will accelerate until an equilibrium.

In unstable region, the throttle do not compensate changes in pressure rise due to mass flow unsteady.

To answer your question, mechanisms presented before are valid for any compression system.

Indeed, centrifugal compressors sometimes operate with stall: near inducer tips or over the impeller due to downstream asymmetry. But they could remain stable even with stall present, and surge is less likely to occur.

The reason for this is that a large part of the compression is done by centrifugal effects with or without rotating stall. The compressor line in the stalled region (on previous diagram) is probably flatter (and so more stable) for a centrifugal.

Work done by a compressor can be estimated by Euler theorem (considering inlet/outlet moment of momentum):

This implies two ways to make work through a compressor: deviate flow (V theta) and/or enlarge section (radius r). The last one is obviously related to centrifugal forces.

If stalls occur, the deviation (V theta) will be affected, at least locally (since rotating stall is a 3D non-axisymmetric phenomena). For axial compressor, most of the pressure rise is done by deviation. This is not as significant for centrifugal compressor.

Not the answer you're looking for? Browse other questions tagged aerodynamics jet-engine compressor or ask your own question.

7
Which compressor is more like to surge and stall - axial or centrifugal?