How does the location of a propeller affect an aircraft's stability? 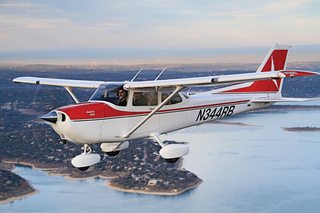 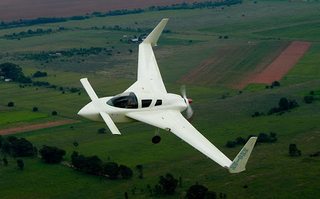 There is a misconception that putting the prop at the back is destabilizing in yaw/pitch, like you were pushing a car as opposed to pulling it. That only applies if the thrust element has a flexible connection to the body it's pushing/pulling.

Beyond that, the location of the engine/prop can have inertial effects related to the mass of the engine relative to center of mass, and gyroscopic propeller effects that vary because of the different location of the precession source, and the tail pusher can actually have enhanced stability due to various aerodynamic factors like an effective fin area increase due to the extra surface area of the engine/prop aft, but the actual placement of the thrust element on the longitudinal axis is not part of it.

Engine/propellers are usually on the front because it resolves so many design compromises much more readily. Pushers are tail heavy when unloaded, which is a big problem (tail pusher jets have to have their main gears farther aft than optimal for takeoff and landing so they don't tip back when unloaded, which requires a larger horizontal tail to provide downforce for rotation). The prop is subjected a lot more to junk thrown up by the wheels. Aluminum propeller blades can suffer from corrosion from carbon in the exhaust. All sorts of little problems present themselves, that go away if the engine is at the front.

A rear-mounted prop stabilizes the aircraft in pitch and yaw, much as an additional tail, but without control surfaces. Especially for a fighter aircraft, this is the opposite of what you want. THAT is why almost all high-powered, singe-engined aircraft have their propeller in the front: Maneuverability!

The stabilizing effect increases in proportion to the propeller surface area and the thrust, of course. Since a regular airplane needs to have basic stability with the engine running at idle, any additional stability change due to propeller placement comes on top. At full power and with the long lever arm of a single pusher prop on a central fuselage (think LearAvia Learfan), the aircraft becomes stiff as a brick. A two-boom layout (think Saab J 21) is better, but creates additional friction and interference drag, so the advantage of the pusher arrangement is reduced. Note, however, that studies of a tractor engine variant (Saab J 23) showed inferior performance to the pusher design.

If you want hard data on that: There is an old NACA report (NACA TN 2586) on this by John L. Crigler and Jean Gilman, called Propellers in Pitch and Yaw.

50
Why are push-propellers so rare, yet they are still around?
25
Has a fixed-wing aircraft ever been built that featured multiple turbines powering a single propeller?
2
Pros and cons of a pull-push propeller configuration
2
How does washout increase static pitch stability in subsonic swept wings?
4
What would be the advantage of a Puller vs. Pusher configuration on Embraer's new Turboprop?

33
How does the mounting location of a jet engine affect aircraft performance?
50
Why are push-propellers so rare, yet they are still around?
30
Why does flight training usually start with (unsafe?) propeller planes and not with (safer?) jets?
35
How does a fan differ from a propeller?
14
Why do propellers on aircraft have a slight offset angle?
3
On a ducted propeller, how does duct length affect thrust?
0
How does 'standalone' propeller efficiency change with altitude?
3
How does the Urbanaero flying car move forward?