In what order were the runways built at Paris Charles de Gaulle?

At its commission time (in 1974), Roissy-CDG airport did not have all its runways in service. As an example, I found an article (fr) saying the fourth (and last) runway was built in 2000. But this article does not precise which runway it was.

I'm curious about how the extension of this airport was handled. Wikipedia gives an overview of terminal extension history but not of runway.

I imagine the first runway to be commissioned is the 09L/27L as it is the nearest to the first terminal, but then, what happened? Was the 09R/27R commissioned before the southernmost runways? Did they built a runway on the south before building the smaller outer runways? In short, in what order did they build the runways?

Bonus question: Did they already have changed the runway names? 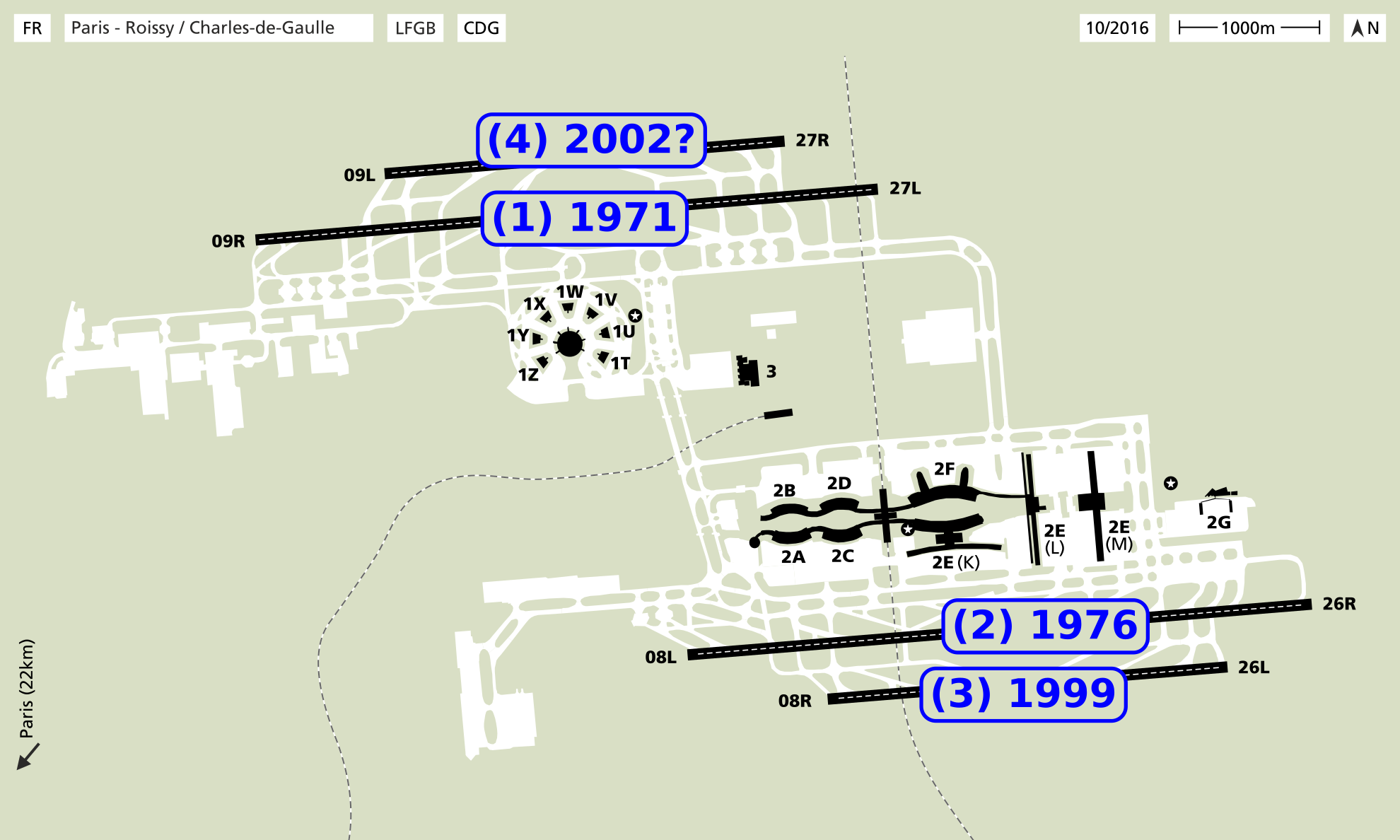 Work on the satellites started in late 1970. Also built were Air France and UTA hangars and a pooled cargo terminal. Construction on the first 11.800-foot (3,600-meter) runway, 09/28, and its associated taxiways started on August 1st, 1969.

The runway was inaugurated by the Ministry of Transport on September 9th, 1971. The earthworks of Runway 2 were started in 1972. 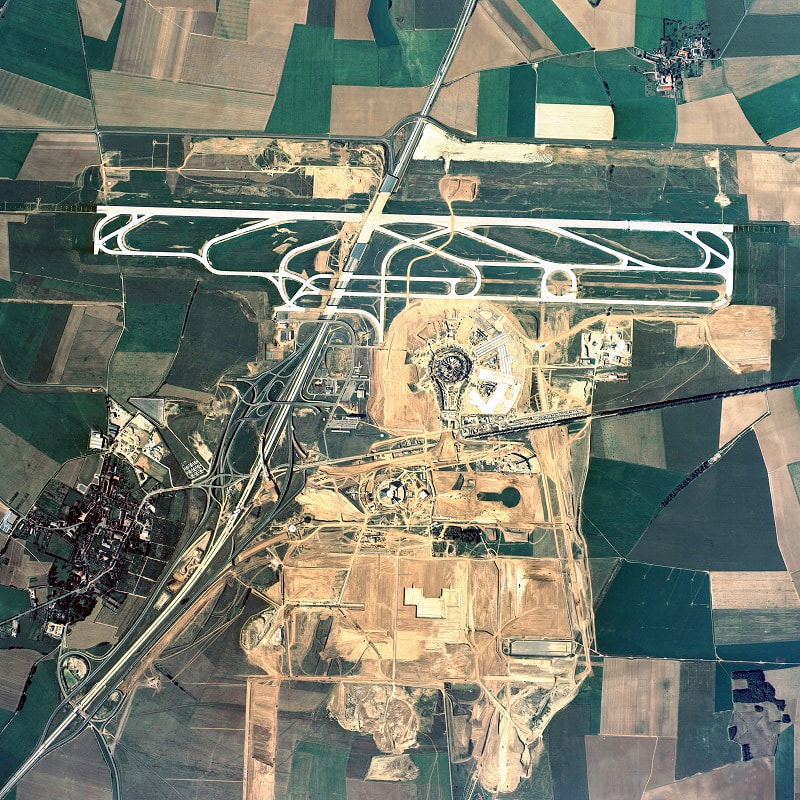 In 1976, Charles de Gaulle handled 7.5 million passengers and opened a second runway. Initially, the second runway was built at a reduced length of 9.400 feet (2,900 meter) and without a parallel taxiway. It was only used as a backup when the main runway was inoperative or at the instruction of air traffic control. The runway could be built out to its full length of 11,800 feet (3,600 meters) and taxiways added when traffic demand required.

The following ground chart shows the layout in 1977: 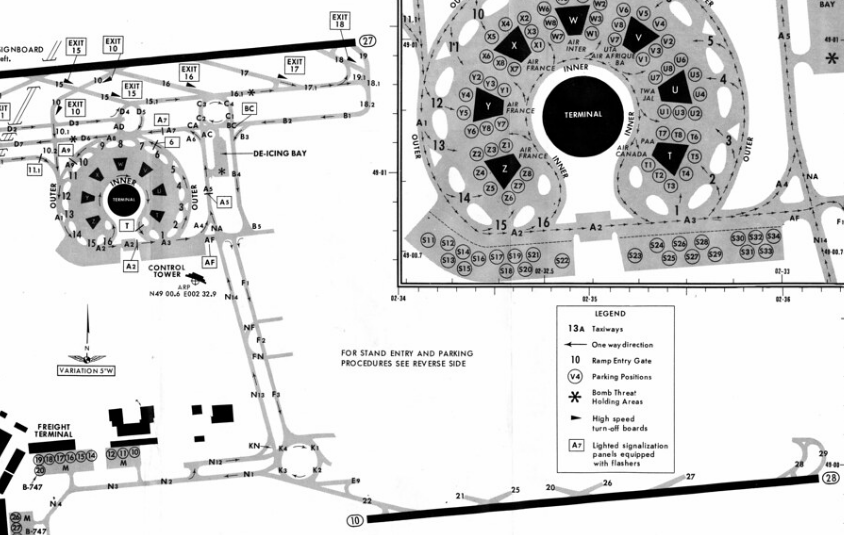 By 1994, the terminals had been greatly expanded to the south and the new runway was at its full length (I don't know when exactly the expansion happened):

The third runway was finished in 1999:

Expansion of Paris Charles de Gaulle (CDG) Airport has also helped Air France. A third runway at CDG opened in 1999, with a fourth to open in 2002.

Unfortunately, the source does not detail which runway this was. By searching through pictures of CDG from 1999 on airliners.net, I was able to find the following quotes:

This would suggest that the runway numbering had already changed and the second runway to the south (08R/26L) was built first (in 1999). This would leave runway 09L/27R to be the fourth runway added in the early 2000s.

Not the answer you're looking for? Browse other questions tagged airport aviation-history france or ask your own question.

3
What did Paris' de Gaulle airport look like before the t2 expansion?

8
Where is the airport in Disneyland Paris? (DLP)
4
What is the history of the “Superbay” at San Fransisco International?
3
What did Paris' de Gaulle airport look like before the t2 expansion?
11
How do Rapid Exit Taxiways improve aircraft movements?
1
How can I find out what time an airport was closed due to weather?
6
Airport Security Pre-1970-s?
10
Did Kai Tak have a straight-in approach to runway 13 for higher-performance aircraft?
6
Why did the Mercure fail?
1
Why do most U.S. cities with multiple airports try to concentrate airline operations at just one airport instead of spreading out the load?