Will 3D wing has smaller drag than 2D at same AoA and airflow speed?

We meassure lift and drag for 2D and 3D wing case,we use same airfoil at same AoA and same airflow speed for both case. Wind tunnel can change test section walls width.

Question is,what will be drag of 3D wing-test compare to 2D wing-test,smaller ,equal or larger?

(BUT if we must have SAME LIFT IN BOTH TEST,than 3D wing test will have larger drag,because then we must increase AoA at 3D wing to compensate lift reduction caused by airflow leakage,so now when we have increased AoA we also have larger drag..) 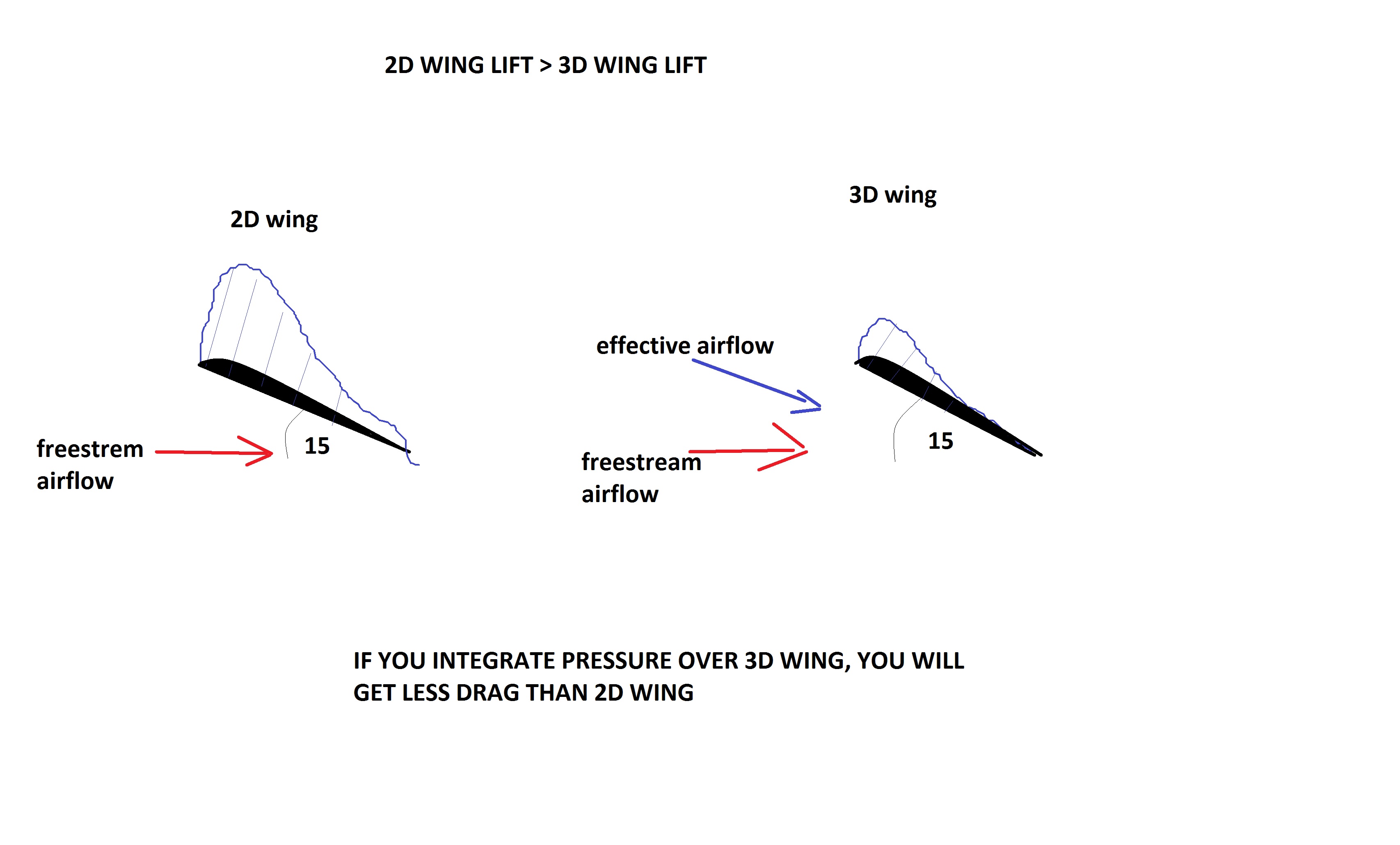 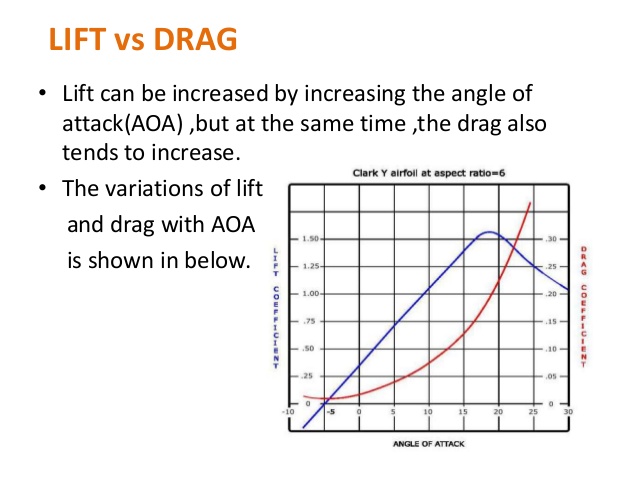 how blue-lift can be larger than red-lift,wing at AoA=10 can not produce larger lift than wing at AoA=20 ?? 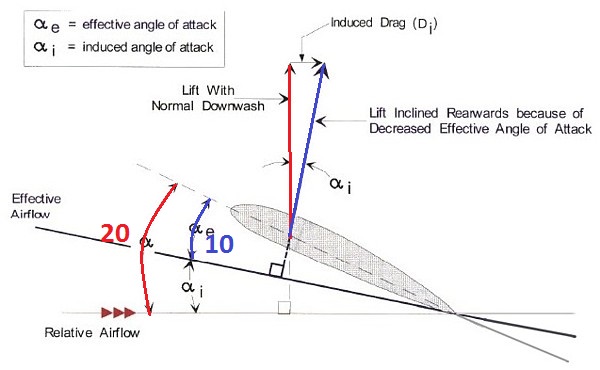 At relatively high Reynolds number (>1 million) and in attached flow, where the boundary layer is thin, 3D wing should always have larger overall drag than a 2D airfoil (infinite span), at the same free-stream incidence angle.

The downwash generated from trailing vortices is actually very small compared to the free-stream airspeed; therefore, the reduction in effective AOA is also very small.

This results in three effects:

By the way, the drag polar you cited doesn't help your argument since it's for the whole wing (at aspect ratio of 6). What you really want to cite is the airfoil drag (from Airfoil Tools): 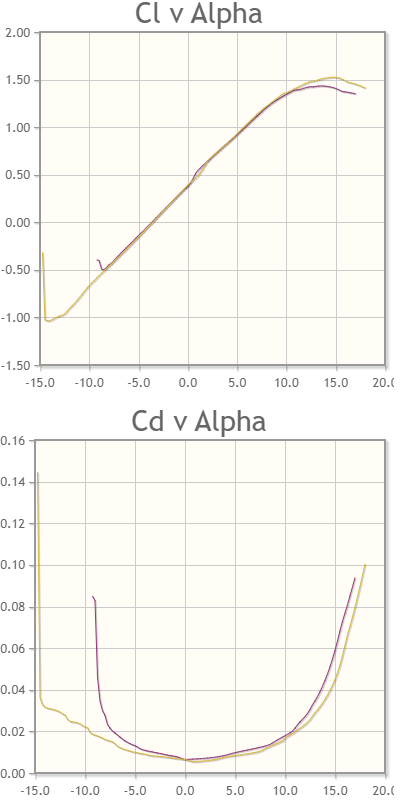 As you can see, the form drag (includes pressure drag) is a small portion of the overall 3D drag at aspect ratio of 6, in the linear lift range. The pressure drag increase is even smaller.

From your comments, it seems you have totally missed the point about induced drag. Induced drag is completely absent in 2D. In fact, if you assume that the flow is inviscid and without local supersonic flow, you have zero drag on any 2D airfoil. This is called d'Alembert's paradox.

As mentioned above, induced drag appears in 3D inviscid flow due to finite span and induced downwash. 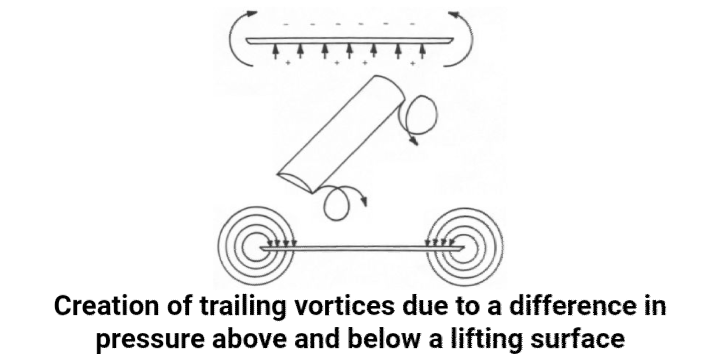 10
Why do wall-to-wall airfoils in wind tunnels produce no (or infinitesimal) downwash?
1
Why is a reduction in lift called 'drag'?
2
Has wall to wall airfoil induced drag?
1
Wing vs wall to wall wing,total drag comparation at same AoA?
0
Does ducted fan require more engine torque than unducted-fan,at same RPM?
1
Is an increase in induced drag always caused by an increase in the angle of attack?

8
Is flutter speed always smaller than divergence speed for aircraft?
11
Does the downwash created by induced drag increase or decrease lift?
1
How does wing aspect ratio influence lift and drag?
2
Why does the effective alpha/CL increase at wingtip of swept wing?
2
Wouldn't a triplane be much more efficient than a monoplane of same wing area?
5
Is alpha induced angle real on 3D wing or just math concept?
1
How pressure fields change around wing?
2
Has wall to wall airfoil induced drag?
1
Can I measure induced drag with a simple wind tunnel test?
1
Wing vs wall to wall wing,total drag comparation at same AoA?