What are these beams sticking out of the Su-17's nose? 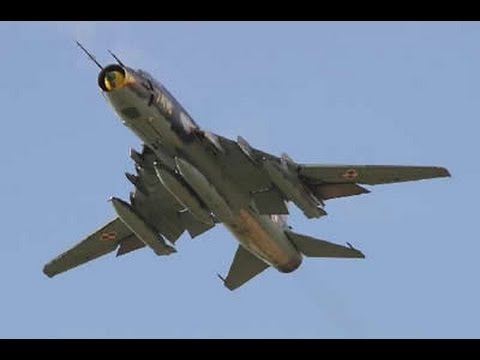 As visible in the image above, there are these 2 beams sticking out of the Su-17's nose. One is longer and one is shorter.

What are the purpose of these beams and exactly what do they do?

conical nose reminded of its predecessor as much as the MiG-21, and ended with two long poles, one of which contained the very classic Pitot tube and the second a fire control calculator.

Two protuberances extended the nose: a Pitot tube and above all a pole supplying measurements to an ASP-5ND fire control system

Those are Pitot tubes, used to measure the dynamic pressure in front of the aircraft, from which the airspeed can be calculated.

Here you can see them covered while on the ground to prevent contamination: 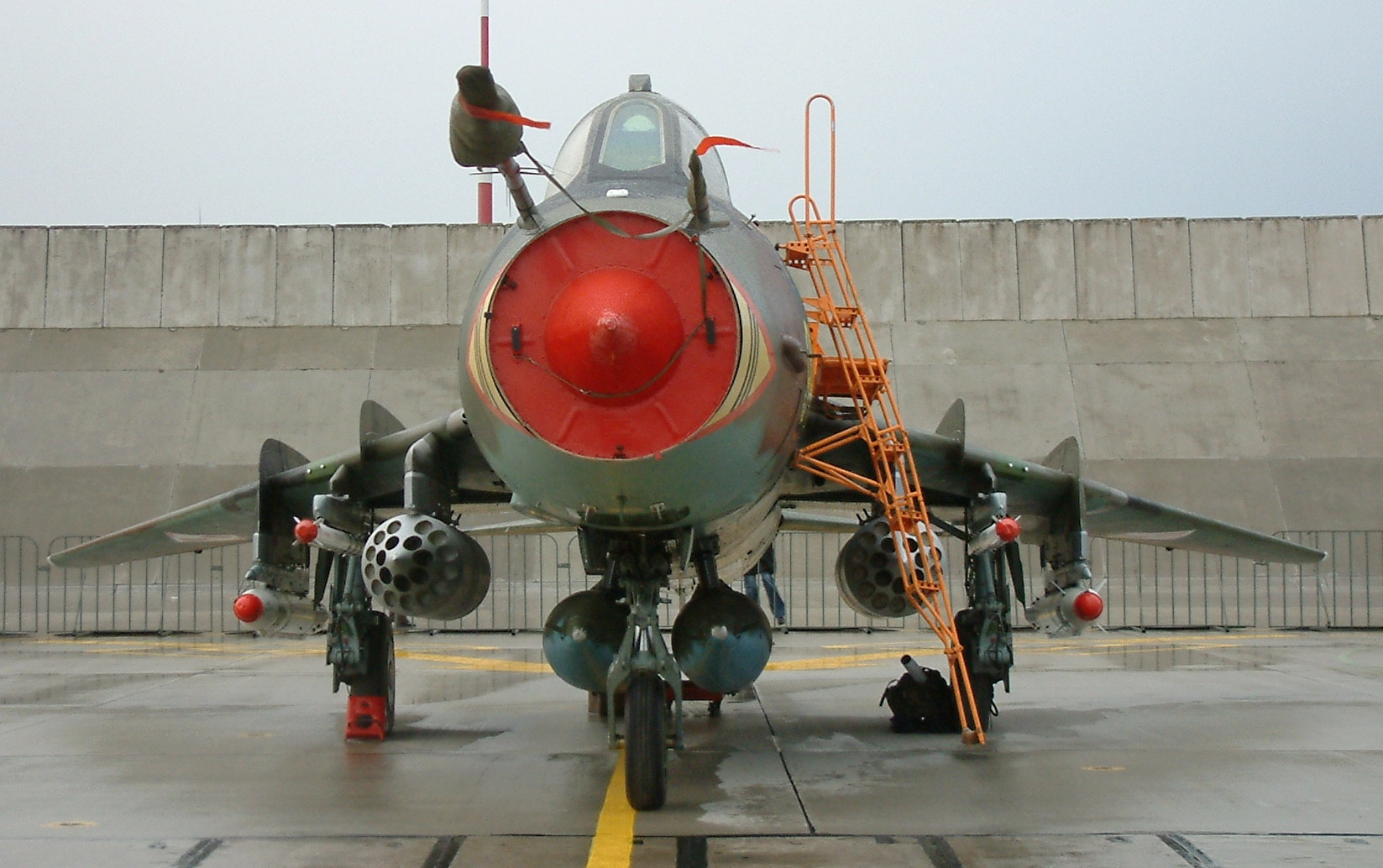 And here is a similar system on another aircraft from the same manufacturer, the Su-25: 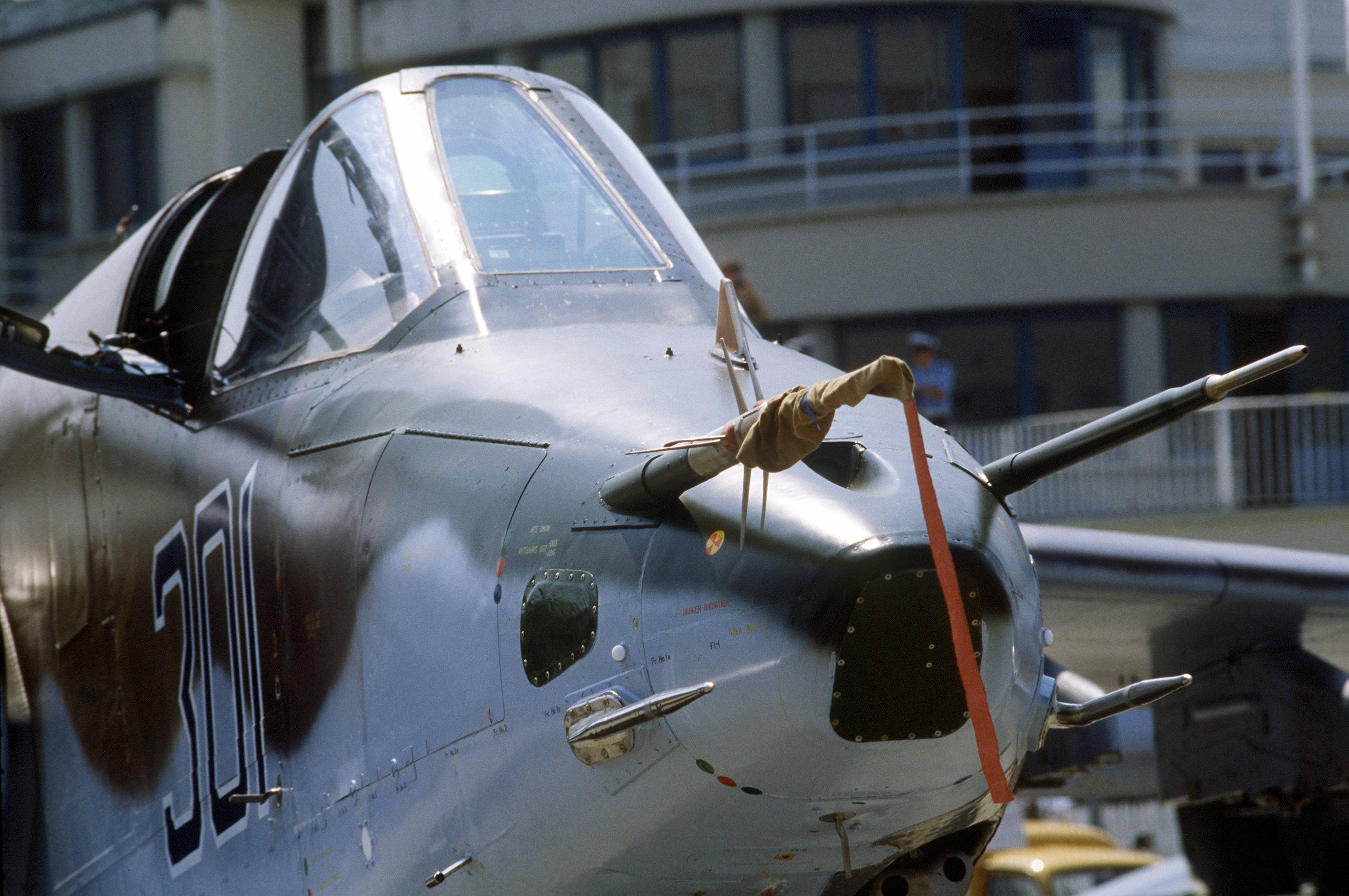 Those are pitot tubes, used for measuring airspeed. Two pitot tubes were used for backup purposes in case one forms ice or blocks for any reason (A380 has three). This tube configuration was introduced in Su-17M after moving them from right to the left.

An extract from source -

The Su-17M also featured a number of rearrangements and tweaks. One distinctive change was to move the backup pitot tube to above the left side of the engine intake, giving the aircraft a "double-pronged" appearance. The positioning of the backup probe on the right side of the nose had led to minor problems with stall characteristics. The parachute fairing at the base of the tail was changed to a more streamlined configuration that accommodated a single cruciform parachute, while the antenna for the Sirena system was relocated from the tailtip to just above the parachute fairing. The hydraulic system of the aircraft was completely redesigned, with a dual instead of triple system.

I'm not sure why one is shorter than the other though.