How is fuel drawn from drop tanks in WW2 airplanes?

Low-wing tanks typically have fuel supply lines at the bottom. For external drop tanks, I thought they came built with internal lines that mate with the plane. 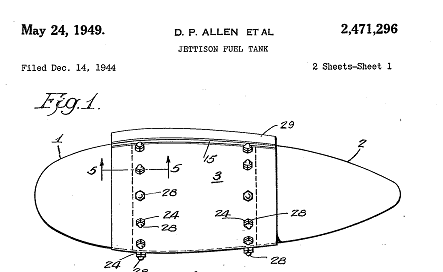 That appears to be the case for more modern tanks – though I'm not sure yet – based on a mid-50s patent. Earlier patents (image shown) that correspond with WW2, as far as I've seen, don't mention any relevant internal structures. And two Wikipedia articles weren't helpful:

Most I could find was an F-86 manual on Google Books. And it mentions the jet engine providing compressed air into the tank to draw fuel (the mechanism isn't yet clear to me, but I'll pursue that later).

For now, WW2 aircraft. For example: Where electric motor compressors used instead of bleed air? Were there internal tank structures that assisted?

If there are differences between implementations, then the most common/typical would do or the typical American-fighter implementation (to assist with references since they're typically much easier to find).

Like the F-86, air is supplied into the tank so the fuel can be pushed up. On the P-51, the source of the air was the vacuum pump (the one used for the flight instruments), providing 5 psi of pressure.

Knowing this, the two connectors, pressure and fuel, can be seen in many photos. 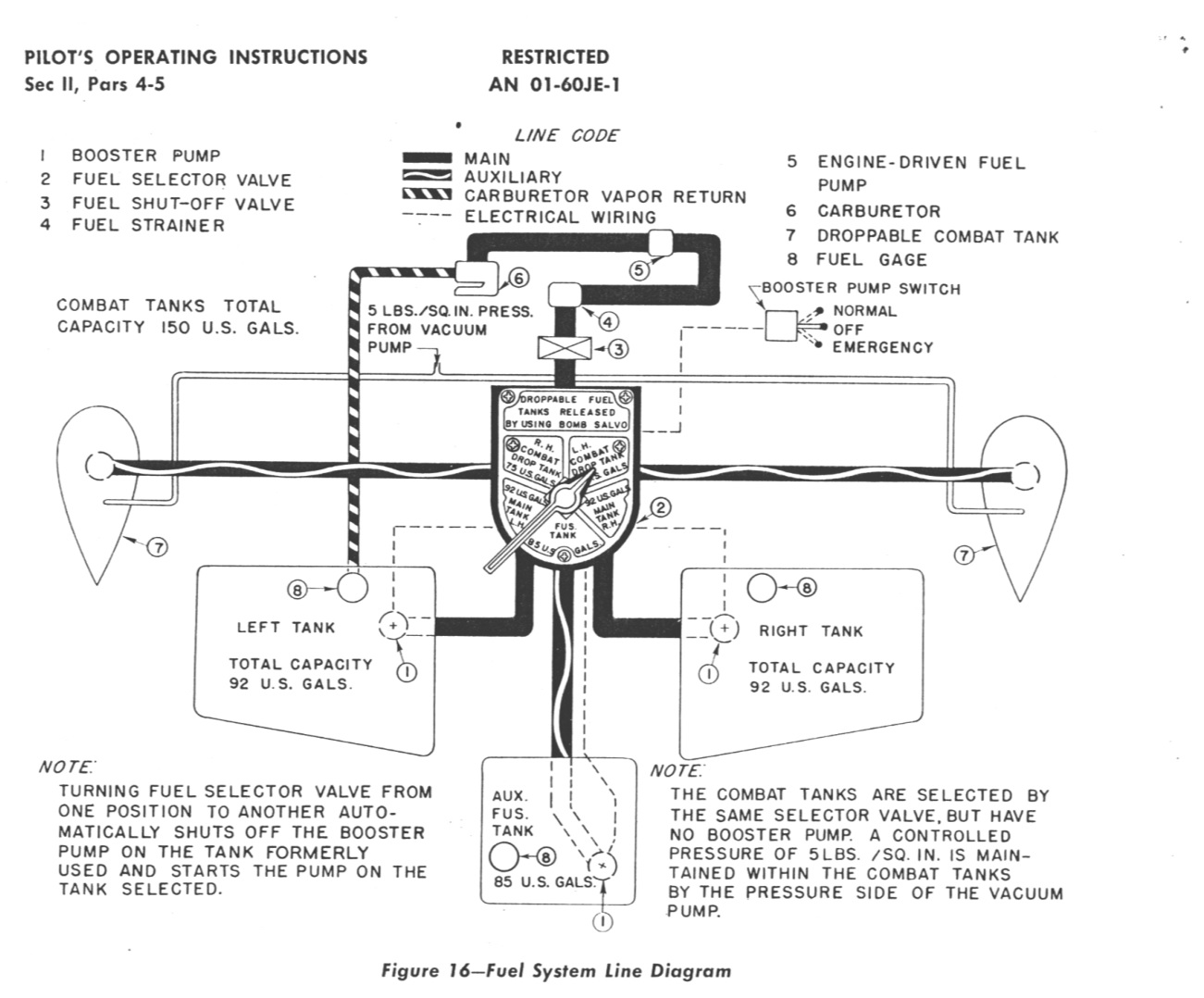 And the two connectors: 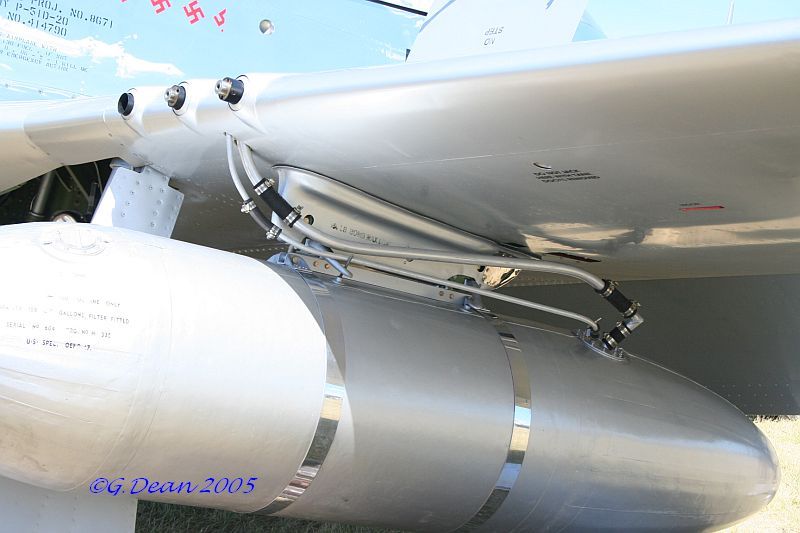 17
When drop tanks (those with external lines) are released, how are the two connections (air and fuel) released?

4
How prevalent are anti-explosion bladders in fuel tanks?
3
How are fuel tanks tested and certified?
4
How often are drop tanks actually dropped?
14
How are wing tanks sealed around the internal wing structure?
23
In WW2, were self-sealing fuel tanks really cost-beneficial?
13
How are fuel tanks cleaned out?
9
What type of aircraft did these drop tanks come from?
3
Did WW2 airplanes ever jettison their empty external fuel tanks to act as weapons?
17
When drop tanks (those with external lines) are released, how are the two connections (air and fuel) released?