What are those structures at Taif Regional Airport in Saudi Arabia?

I was looking at airports in Saudi Arabia and noticed a strange one. At Taif Regional Airport near Mecca there are a bunch of taxiways all seemingly randomly intersecting at different angles, each with a bulge in their width and a structure built in the middle of the bulge. Based on the shadows, they seem to be sunken by some amount with the structure built to roughly the same height that the taxiway is sunk. I counted at least 30 of these structures. The measuring tool on Google maps shows them to all be around 135 feet wide, and of various lengths.

I couldn't find any information about these structures or their purpose. Are they hangars of some sort? If so, why the strange design? 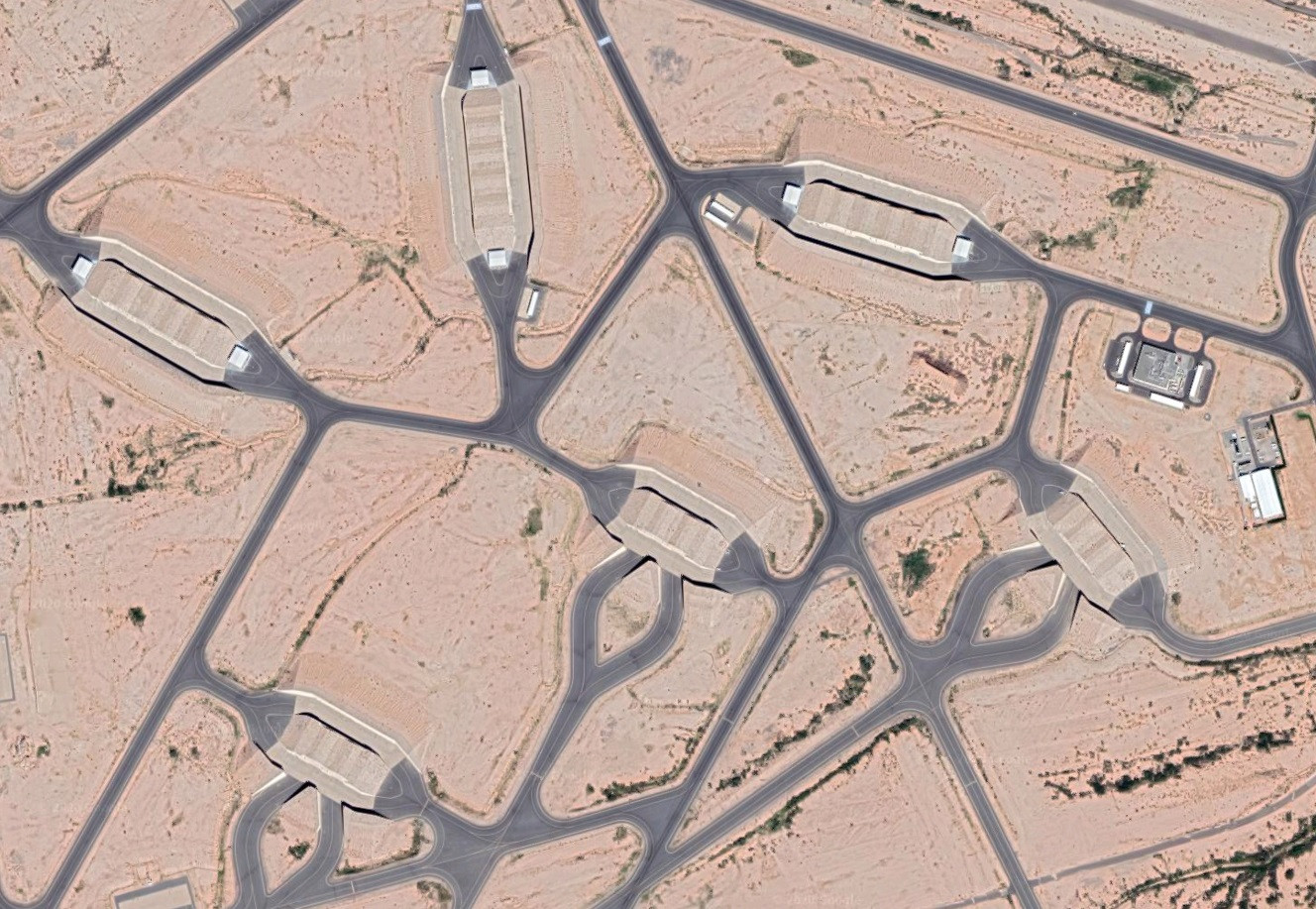 Those are hardened aircraft shelters, and each hangar is flanked by two blast walls (revetment). Those are for combat aircraft (the airport is mixed-use: public/military).

Since in that hemisphere the sun is to the south, the shadows tell us they are not sunken structures, i.e. the hangars and walls are higher than the taxiways.

The numerous taxiways are for redundancy against bombing. And the overall pattern makes it harder for a single bomb run to affect all hangars. 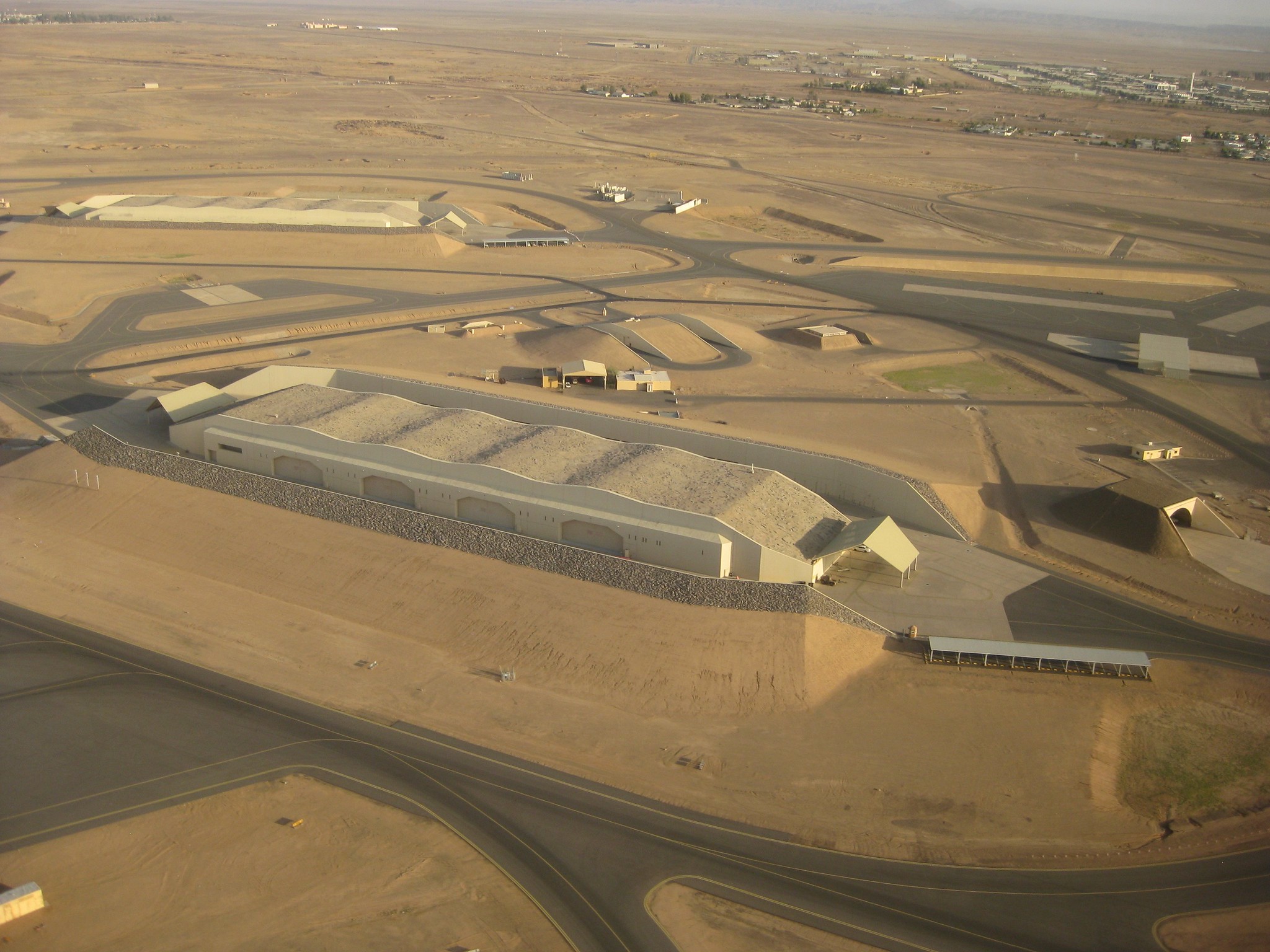 Not the answer you're looking for? Browse other questions tagged airport-design airport-operations or ask your own question.

3
What airport proposal(s) has London seen after WWII?
2
What is that building in Suvarnabhumi Airport?
7
In the U.S., what are the requirements for being an Executive airport?
4
How are the navaids that are on the airport ground powered?
8
How are procedures for curved-runway operations different from those for straight runways?
33
What is the purpose of a walled area in the vicinity of Heathrow Airport?
9
Are Ground Crew Airline or Airport Personnel?
27
What was this mystery flash on an airport runway?