What are the advantages/disadvantages of a forward-folding propeller?

The AMS Carat A is a motorglider with a forward folding propeller. 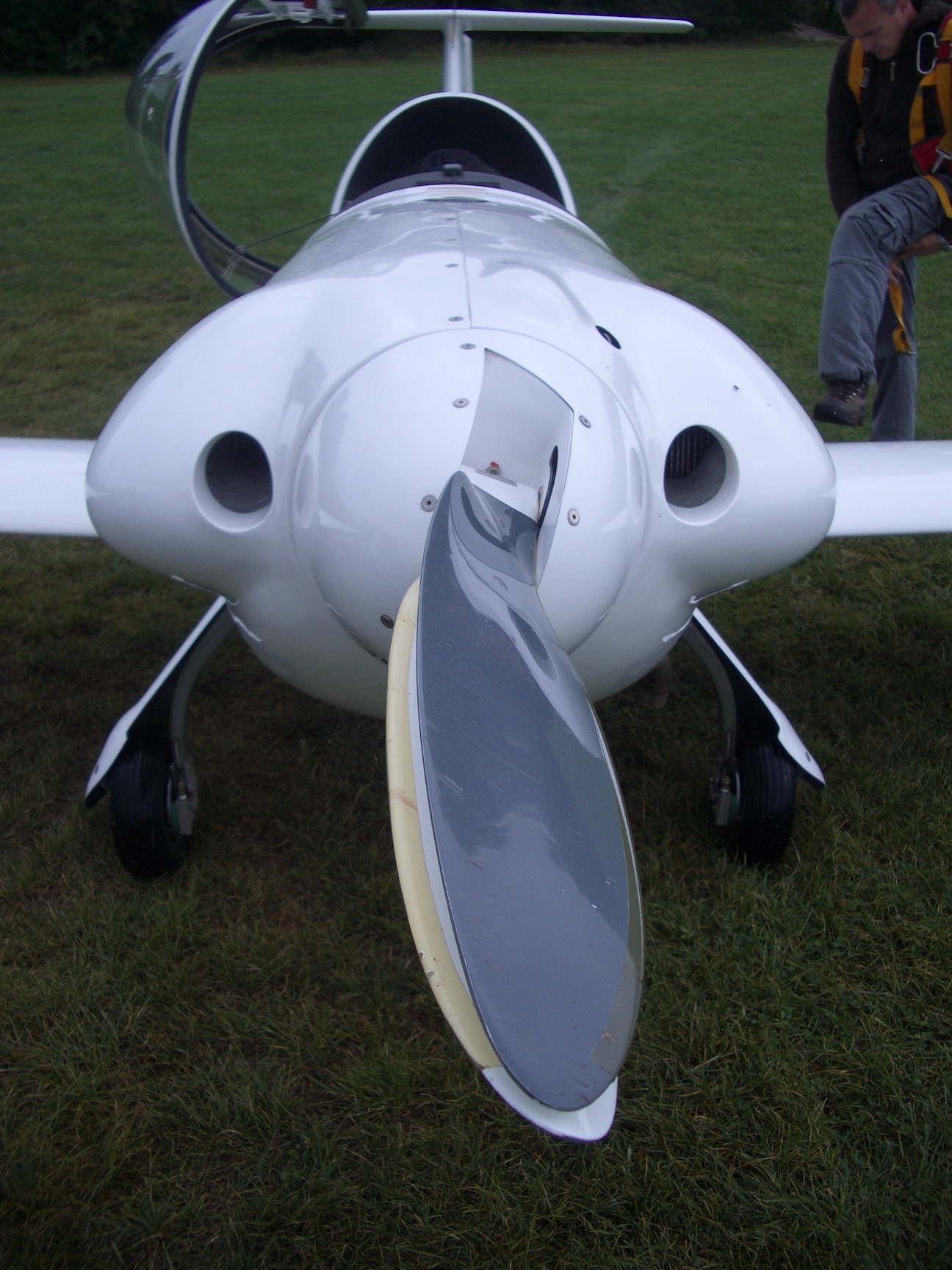 To my knowledge, this is the only production plane with this characteristic. The most popular self-launching gliders with front motors use props which fold back. 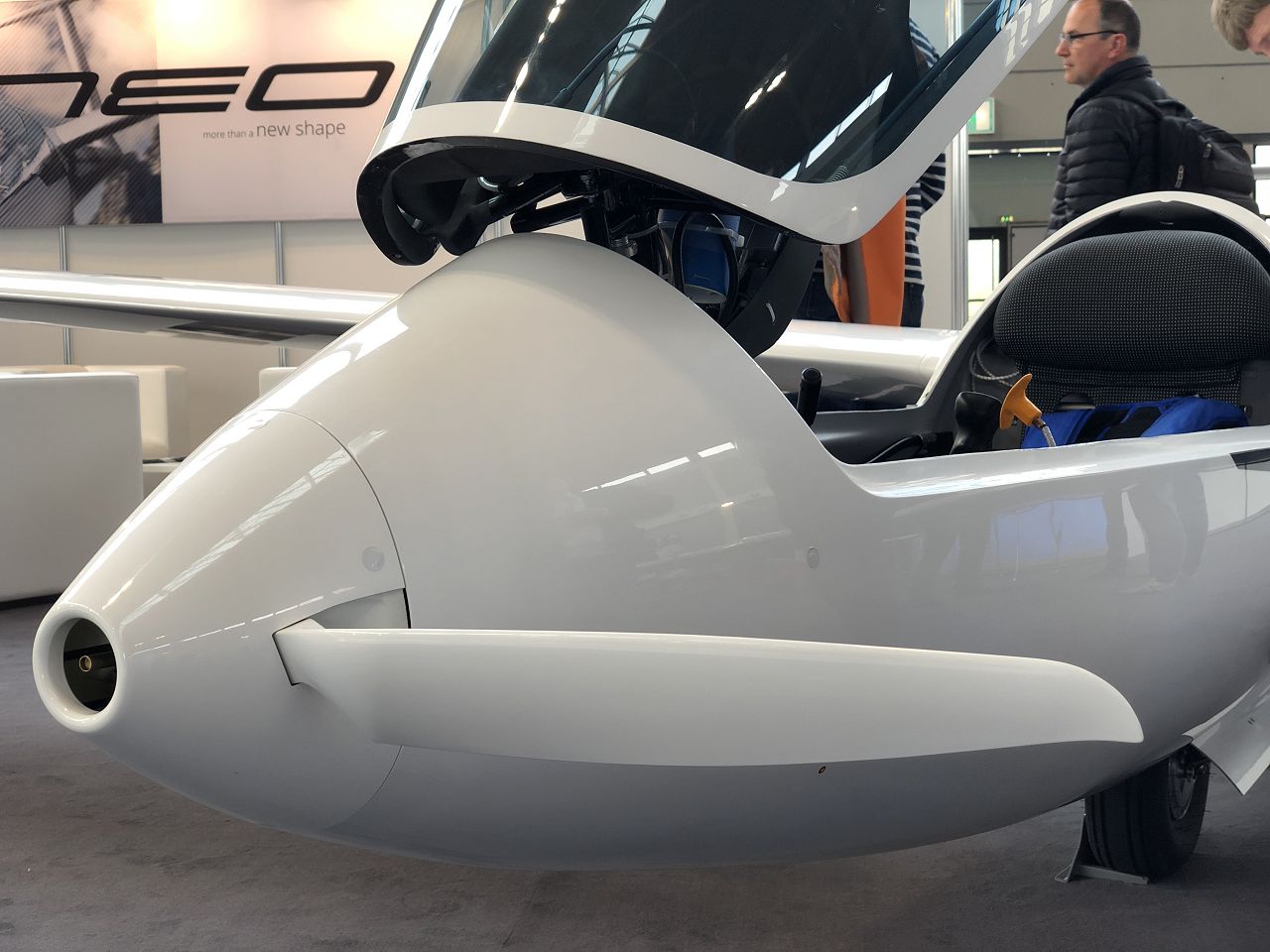 A naive guess is that aerodynamics come hugely into play here, although I don't have a notion if they're better or worse than a rearward folding prop.

What are the advantages to this folding style, beyond the fact that a rearward folding prop would simply not be practical on an engine-cowled nose?

The problem has traditionally been that if you wanted to minimize propeller drag on a cowled tractor motorglider engine you had to go with a feathering prop. Expensive, and a bit heavy because you have to have a hub with blades that can rotate on their axes to change pitch, with a passive or active pitch change system, so the hub needs a blade root retention structure with bearings that allow the blade to rotate on its axis and a control mechanism of some kind.

With an aft folding prop it's a simple job to hinge each blade on a bolt to passively trail, and when it's spinning the blades naturally move out and rest against structural stops or just sit in the proper position from centrifugal force. You don't even need an actuating system because the wind blows them back for you when you're done.

This design tries to achieve a similar benefit but needs an active method to drive the blades forward against the air flow, so it adds an internal gas spring mechanism in the hub to push the blades into the forward position against the air flow when not spinning, and when spinning centrifugal force is enough to keep the blades from coning too much from thrust loads plus the gas spring (the VW based engine spins pretty fast, 3000 rpm, so there is plenty of centrifugal force).

So the main advantage is you get most or all of the benefit of a feathering prop (the only other option), without the elaborate hub/bearings required for feathering, just a simple pivoting bolt or pin and a spring system to push the blades forward. The spring system is the only add-on relative to a super simple aft-folding prop. Pretty elegant.

As a main disadvantage, it's easy to imagine that the blades when folded will be a little bit destabilizing either in yaw or pitch or both by adding surface area forward, depending on where the flat surface is oriented when it stops (like the way floats are mildly destabilizing in yaw and usually require extra fin area). No doubt that is taken into account when sizing the tail surfaces and perhaps the blade surface area is too small to be noticeable.

The other problem is the engine can't be made to windmill, but that's also a problem with an aft folding prop as well. and in any case the VW based engine this airplane uses won't windmill even with a fixed prop (if the engine quits in your VW powered homebuilt, it'll stop at just about any speed you can fly at and you need a starter to get it going again).

Not the answer you're looking for? Browse other questions tagged aircraft-design propeller glider or ask your own question.

2
What are the design considerations for variable-pitch folding-propellers?