What are the disadvantages of a Tail providing lift? (tandem-wings included)

Most aircraft feature the tailplane configuration, which requires the main wing to provide higher lift than the weight of the plane itself, what seems counterproductive.

Few aircraft have featured tandem-wings like the Rutan Quickie, Proteus or the Maurice Delanne 10 with limited success. I usually read that the main disadvantage of the tandem-wing is that the rear wing is subjected to the downwash from the front wing, what greatly reduces its efficiency Q&A link.

My point it that standard tails suffer from the same downwash effect, and on the other hand this effect can be reduced by: 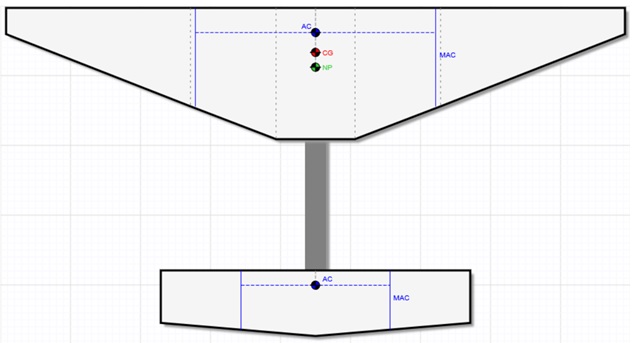 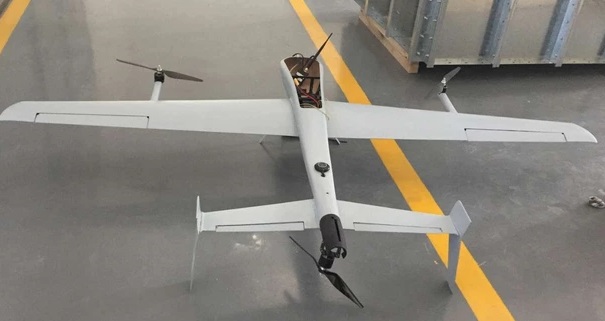 Thank you for your attention. I would appreciate remarks of any wrong assumptions.

Edit: The reason for considering a lifting tail is that to make VTOL possible for this layout, the CG must be moved between the rotors, thus far aft.

You are correct, flying in the downwash of the wing makes the tail less efficient. But that does not mean it is all bad: Since downwash increases with lift coefficient, the tail effectively sees a smaller angle of attack variation than the wing, so it maintains a healthy margin from stalling even while the wing is stalled. This helps to keep the aircraft controllable well into a stall (within limits, of course).

The reduction in downwash as the center wing stalls will even add a positive AoA gradient during the incipient stall which adds some more stability, making it harder for the pilot to command a further AoA increase.

And performance-wise, the download on the tail in conjunction with downwash actually might create a bit of thrust on the tail.

Concerning Rutan Designs: Their different looks are not for better performance but merely the expression of an oversized ego and his way of self-promotion.

The many downvotes I now collect for speaking my mind freely shows how well the self-promotion of Burt Rutan works. But it cannot bend the laws of physics which guide my opinion. Which I will continue to express freely.

Focusing on the aircraft in the picture, lifting tail aircraft are essentially bi-planes. The single lifting wing has proved to be more efficient long ago. Simple adjustment of the CG removes the need for a lifting tail. This plane could be flown that way.

It is the job of the tail to set the wing at a given AOA, using aerodynamic force in flight to hold that AOA. The thought of tail "downforce" creating a huge lift penalty is not true. In flight, it is the angled, lift producing wing that creates the "induced drag", while the tail rides along at its lowest drag. Torque around the Center of Gravity keeps it that way, unless some disturbance changes the wing AOA. Many aircraft, like the Piper Cub, use a low aspect flat plate as a horizontal stabilizer, with an elevator to create a crude, but adequate "tail wing" to change pitch or trim as needed.

Only when CG is placed behind the center of lift does a lifting tail become necessary, but directional stability is affected because now more wing and fuselage area is ahead of the CG.

Many planes on the ground show the "decalage" of the tail appearing to provide a lot of downforce, but in the air it will "weathervane" into the wind, torquing the wing to the desired AOA.

Moving the weight forward on that model needs only adjusting the fore and aft engine thrust percentages for VTOL. In the air, treat it like an airplane, with one lifting wing and CG slightly forward. And yes, keep the T-tail.

For the modeler building the VTOL above, no need to get stupid when simpler solutions are at hand. Make it an airplane first, and use differential thrust for VTOL. At least 2 of the motors could be idled in cruising flight.

Regarding the Proteus, Rutan wanted a high flying heavy lifter. A very high aspect wing is most efficient, but presents structural challenges. So he made a bi-plane. Colonel Pezzi flew one to 51,000 feet in 1937. With Rutan, one strives to understand function as well as form.

PS. A lifting tail is entirely safe as long as the CG is within design limits. The XB-70 certainly is a "lifting tail". People get into trouble moving CG behind design limits because they use up elevator throw to create lift and also make the plane less stable than it is designed to be.

But take a model of an XB-70 to the hill and fly it off with an average sailplane model of equal weight and wing area. No contest for gliding efficiency, but the XB will have a much wider speed envelope under power.

It is not actually true that

... the tailplane configuration ... requires the main wing to provide higher lift than the weight of the plane itself

What matters for stability is that the change in lift moment of the tail should be greater than that of the main wing; the absolute value of its lift is not relevant.

The lifting tail has been well understood since around 1918.

In a tandem wing, both planes provide lift. Now consider the rear plane being progressively shrunk to the size of a tail plane. It is quite false to imagine that it must necessarily pass through a zero-lift condition at some point and end up with downforce. Practically, it might do, but that is another issue.

The tail creates least drag when it has zero angle of attack and for maximum economy the aircraft is trimmed to approach that condition (although, as pointed out in another answer, operation in the wing downwash can make a small downforce the ideal condition). However trim frequently changes during flight and the ideal condition is seldom met in practice, and then only transiently as the trim adjusts from one side of the balance to the other.

What often confuses students is that the wing must be designed for maximum lift at the moment of rotation for takeoff, when it is fully laden at its slowest flight speed and the tail is pushing down strongly to rotate the nose up. But that condition is only transient, it soon passes and the cruise condition is quite different.

Not the answer you're looking for? Browse other questions tagged stability experimental-aircraft vtol tail canard or ask your own question.

2
Tailplane/Equilibrium conditions
43
What is a 'deep stall' and how can pilots recover from it?
25
How does an aircraft tailplane work?
17
Do any airplane designs exist that don't involve a flight surface that provides downforce?
8
Have bi-wings been used without creating more drag?
9
Can the design for neutral stability reduce trim drag?
1
Do horizontal stabiliser force direction change with CG variation for a given aircraft?

23
Would an aircraft with contra-rotating propellers longer than the plane's wingspan be able to fly?
8
Why are aircraft designed so that the wing stalls before the tail?
10
What are these unsymmetrical parts at the tail of the Tupolev TU-144?
95
Are wings any more efficient at creating lift, versus orienting the engine's thrust downwards?
2
what are the advantages and disadvantages of tilt rotor vs ducted jet engine for a VTOL aircraft?
8
What is the function of this fixed protrusion on the tail?
2
What is the tail strike pitch angle of the ATR-72?
3
Does the Lilium VTOL wings produces lift during takeoff?
3
Why does Harrier have split hot exhaust nozzles?