Why is the minimum runway length non-linear in relation to the landing weight?

The graph below shows the landing runway length requirements for a Boeing 747-8. 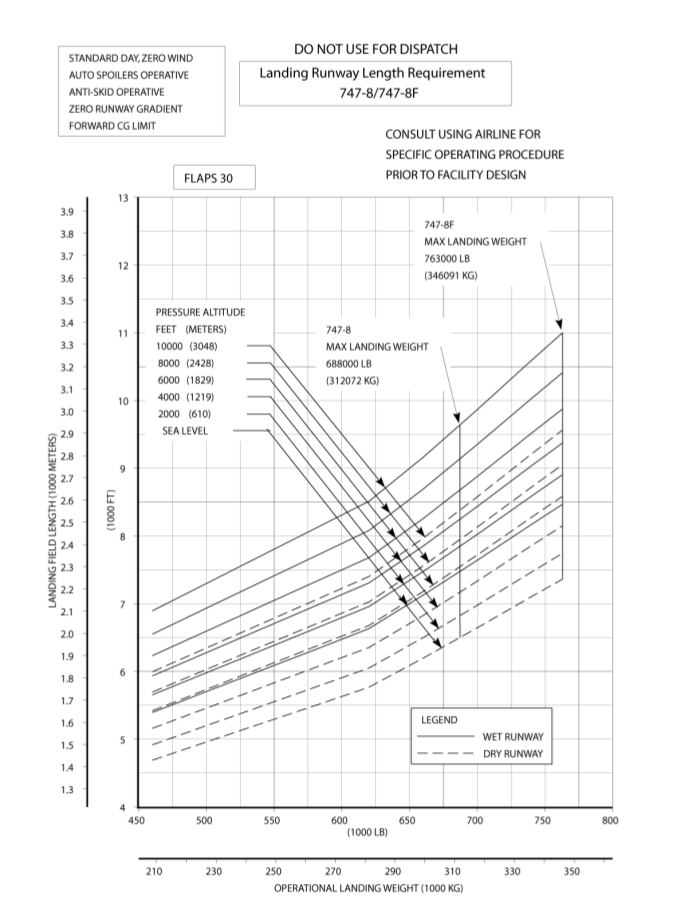 (taken from the Boeing 747-8 Airplane Characteristics for Airport Planning)

Considering the fact that the kinetic energy and impulse are directly proportional to the mass, I would have expected this graph to be linear –­ but clearly that's not the case. What is causing the non-linearity here?

The kinetic energy during the landing will scale proportional to the square of the mass.

Not the answer you're looking for? Browse other questions tagged landing aircraft-performance runways or ask your own question.