Why is the nosewheel of the MiG-29 placed in front of the engine intakes?

Why do MiG-29 have a front-wheel of landing gear placed in front of an intake? would not it throw water or stones into the intake as mentioned in Raymer?

I am designing an aircraft based on the reference aircraft MiG-29. I have used an RD33 twin-engines with twin intakes placed in chin position beneath the fuselage. Which design configurations should be kept in mind? The intake I have selected is a ramp intake. 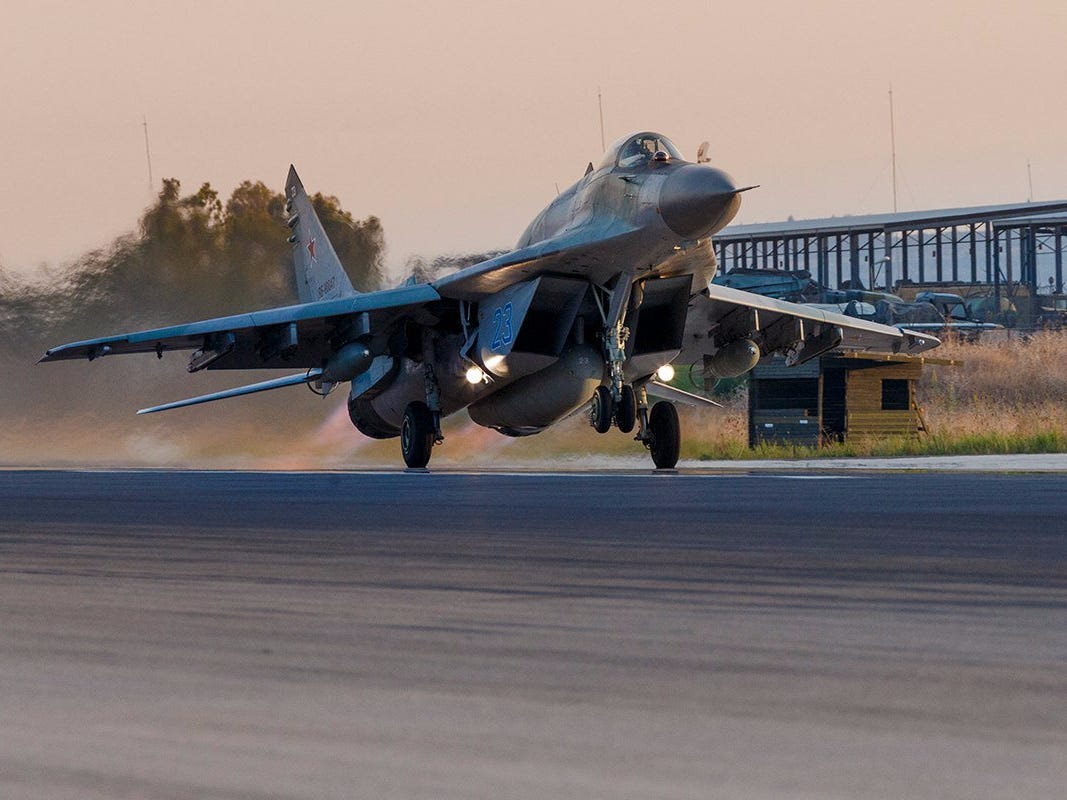 The MiG-29 series of aircraft are designed to operate from poor quality airfields, and for this reason, they feature separate air intakes for use while moving on the ground.

See this article, including pictures of the aircraft: https://www.airforce-technology.com/projects/mig29/

Notice the additional louvre-shaped intakes on top of the aircraft's leading edge extensions.

Quote from the article:

The MiG-29 is the world’s first aircraft fitted with dual-mode air intakes. During flight, the open air intakes feed air to the engines.

While moving on the ground, the air intakes are closed and air is fed through the louvres on the upper surface of the wing root to prevent ingestion of foreign objects from the runway. This is particularly important when operating from poorly prepared airfields.

As it can be seen on the MiG-29, there are also other ways to avoid specifically dirt or foreign objects ending up in the air intakes during takeoff and landing.

Not the answer you're looking for? Browse other questions tagged aircraft-design aerodynamics landing-gear foreign-object-damage mig-29 or ask your own question.

19
How are modern jets modified to takeoff/land on a dirt runway?

13
Do aircraft engine intakes require air filters?
32
Would it be viable to install a screen in front of jet intakes to prevent them from sucking in birds?
31
What is the purpose of the “Mirror-Thing” over the Mig-29 Cockpit?
7
Why is a strake placed on the fuselage in front of the tailplane on the Hawk aircraft?
10
Why is the Su-27 so much larger than the MiG-29?
3
What drives the shape of an engine's intake on a fighter jet?
3
Why are the boundary layer suction holes placed far forward from the engine?
7
The F/A-18 Hornet and MiG-29 ailerons from the external parts of the wings go up some degrees in flight. Why?
4
Why are there two red lines on the G-meter in the MiG-29?
0
Where does the MiG-29 store fuel?