Hi I am currently analyzing different wing designs using ANSYS Fluent. One of my designs has a straight leading edge but a swept trailing edge thus it is tapered with wing root chord at 50mm and wing tip chord at length 200mm. Wing span is 250mm. (See Picture) The airfoil shape used is the S1223 which has a CL max around 2.3. Therefore using the Lift formula which (i know is approximate), I calculate the wing can produce 58.5N of lift at 36.452m/s.

However using ANSYS Fluent I find the wing can only produce a maximum of 39N of lift which is a CL of 1.5.

I am fairly certain the simulations I'm running are accurate but need advice on what could be causing this difference. Assuming the results I've obtained are correct. What is the reason for the large difference in coefficient of lift ? Let me know if I need to provide any additional information! Any help greatly appreciated! EDIT : Forgot to add that the simulation used assumes the wind tunnel boundary is at wing tip and wing root. Thus the wing span takes up the full wind tunnel. 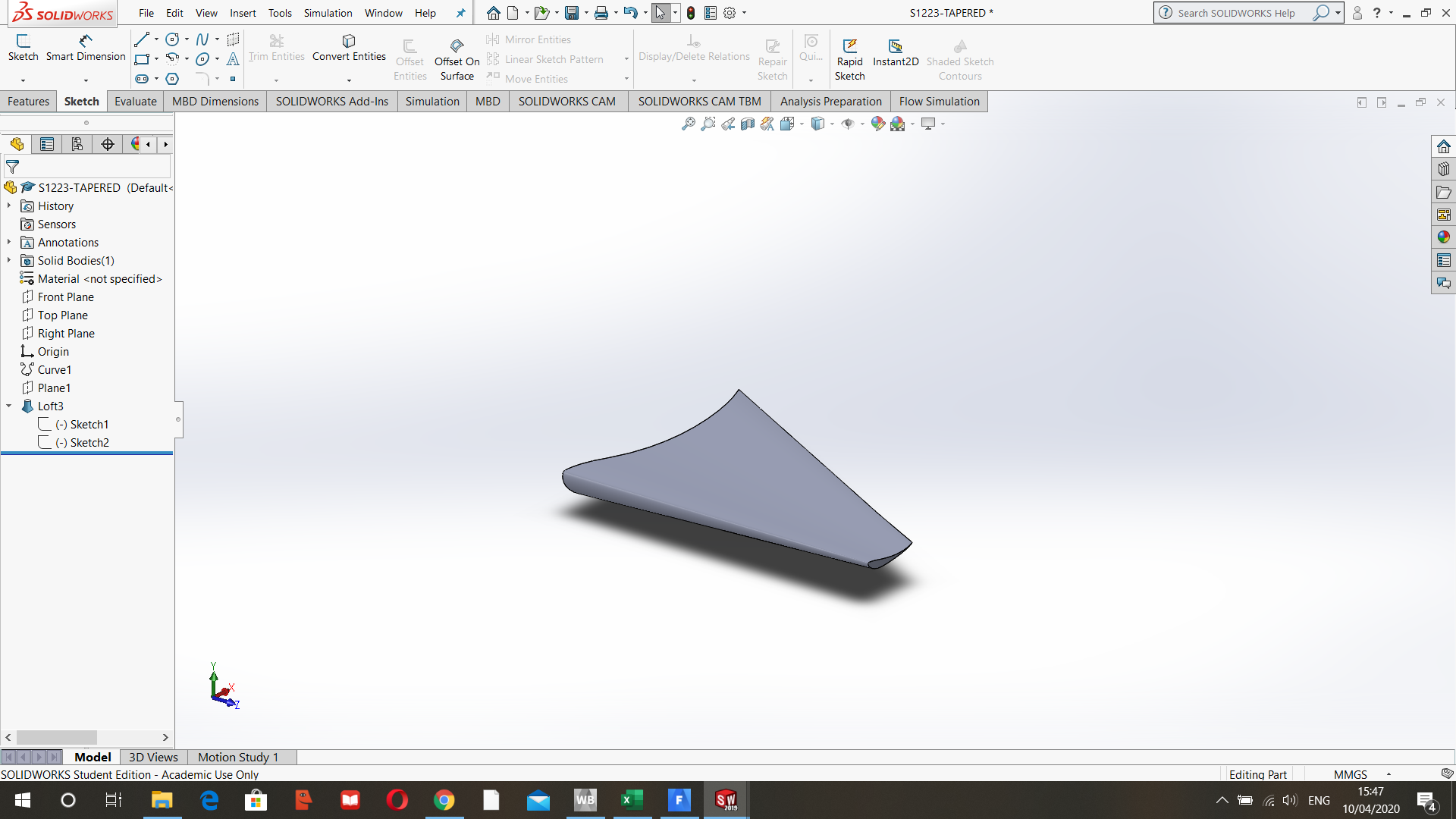 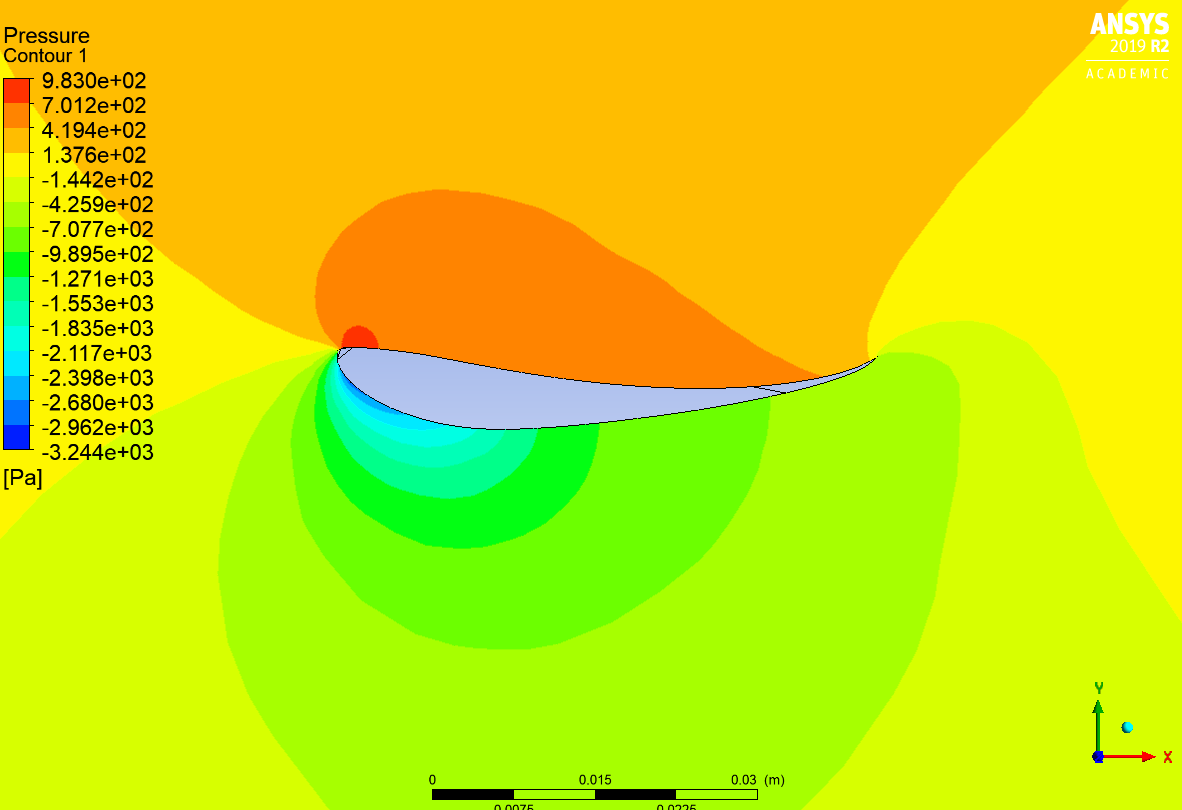 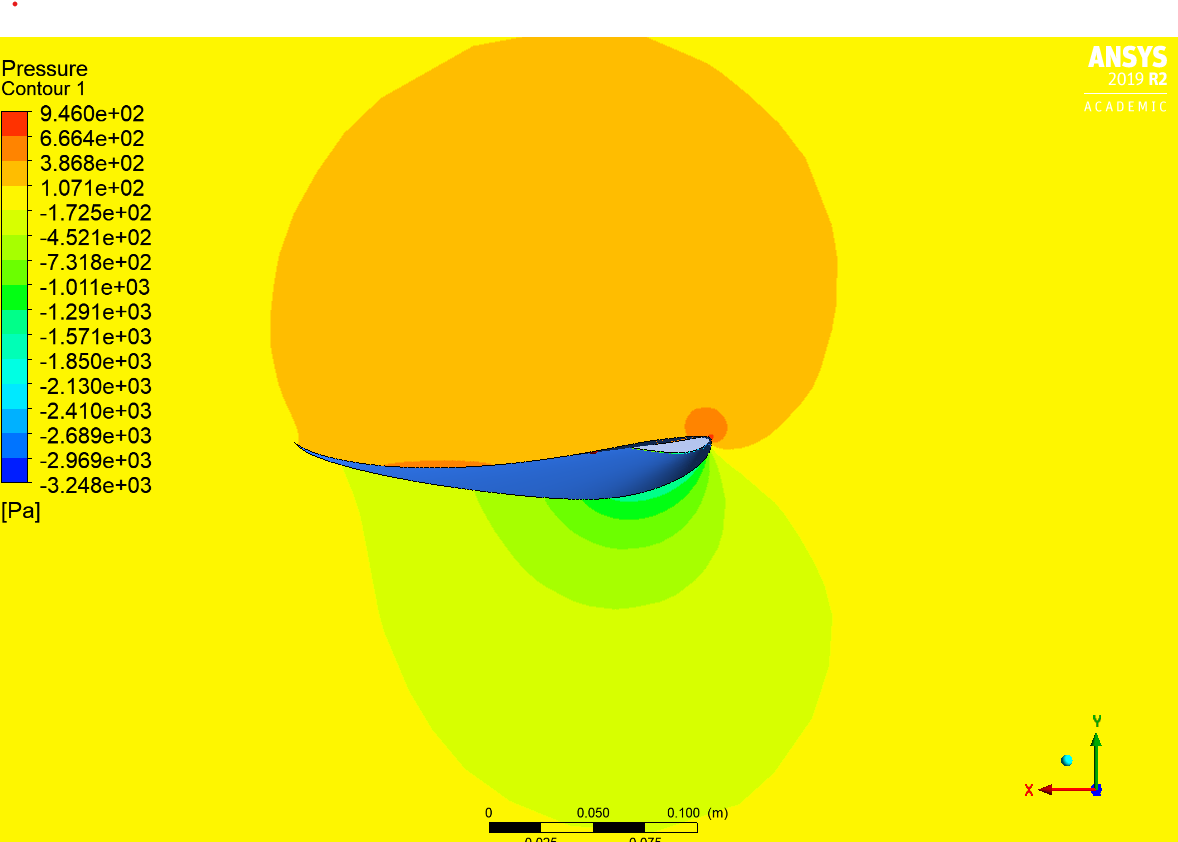 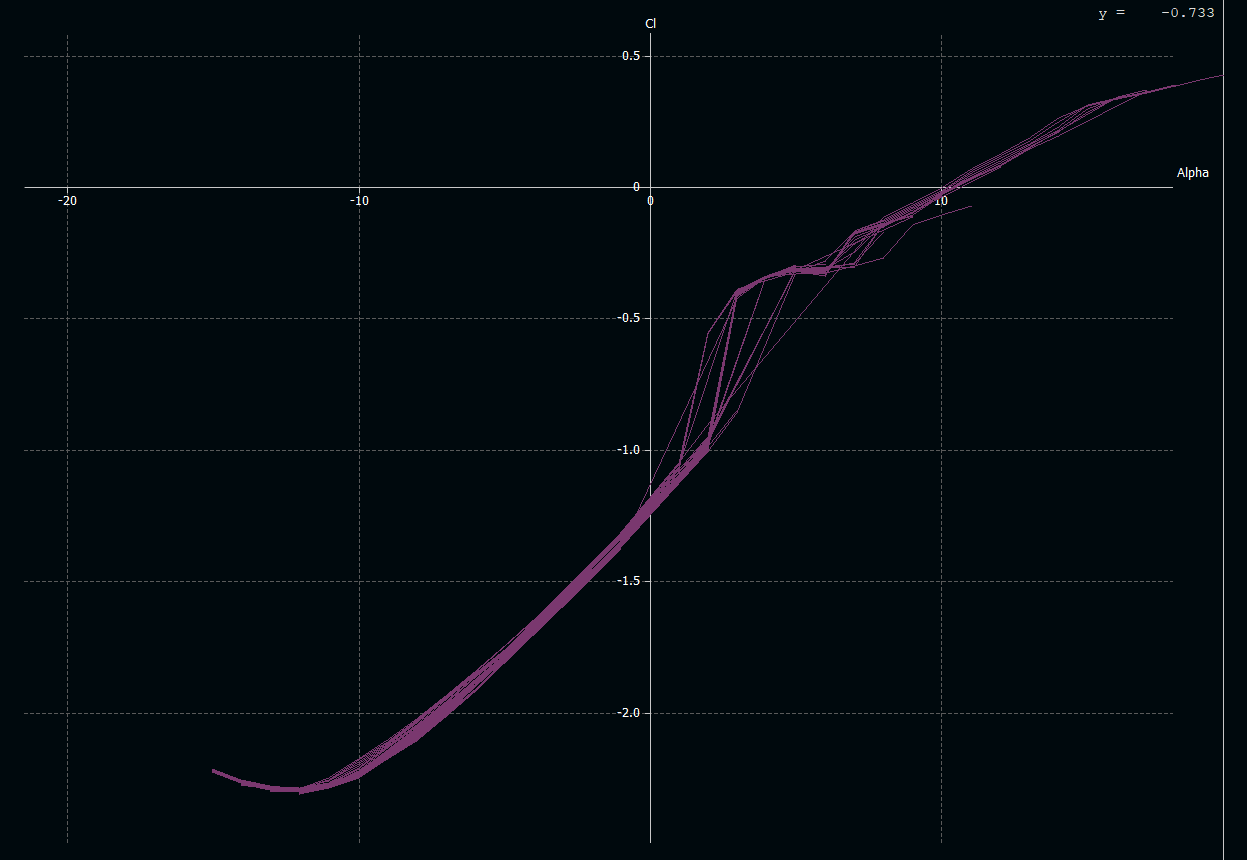 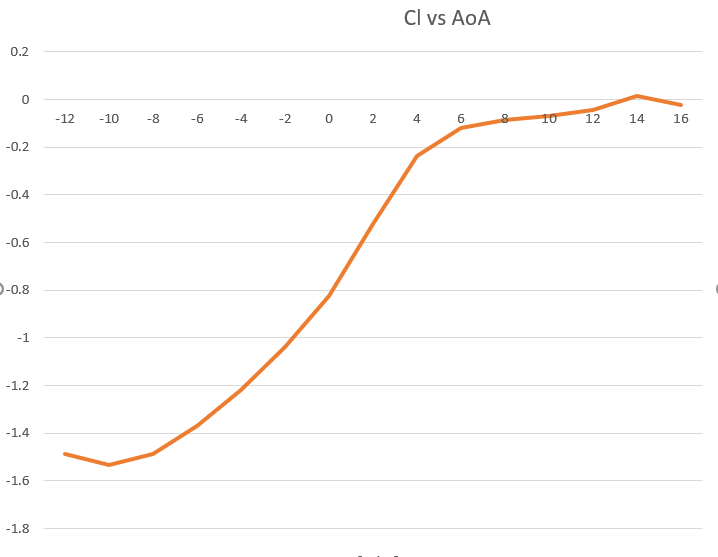 By tapering the wing you have in effect a 3D case even if the wing is sitting between wind tunnel walls. Lift varies along span almost as if the wing would be in free flight with twice the span and the long chord at the root. Since tip chord is only a quarter of root chord, that full wing would have 0.075 m² area with 0.5 m span, giving it an aspect ratio of 3.33. Below is a figure from Sighard Hoerner's book Fluid Dynamic Lift (Chapter 3, Figure 4) which shows how the local lift coefficient varies over span for wings of different taper ratio. Your wing in free flight would be ¾ between the second and third from the left. 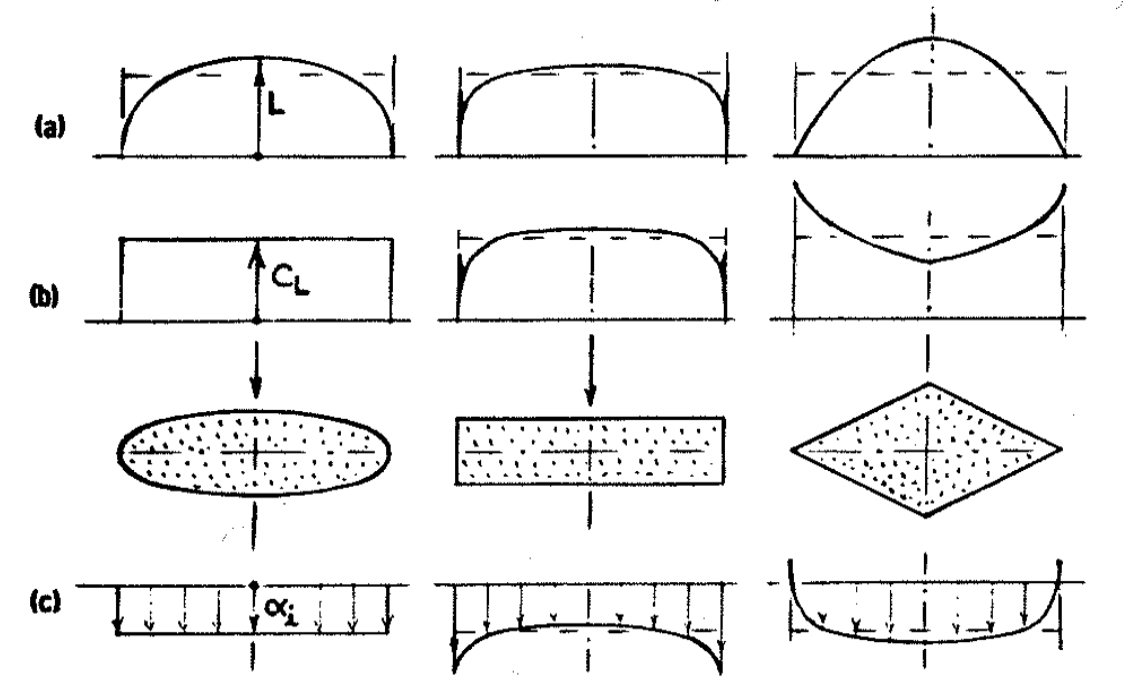 A 2D case is only possible with constant chord as all of the wing would produce the same circulation (lift times chord). With the varying chord along span only the shorter end will reach the maximum lift coefficient of 2.3 locally, but at a lower angle of attack. You still get more lift with your wind tunnel walls than in free flight, but with a taper ratio of 0.25 not much of the 2D case is maintained.

The higher circulation of the long chord end produces extra circulation on the short chord end and lets it stall at a lower angle of attack when the root has only reached half of its full potential (see figure above where center lift coefficient is only half of the tip lift coefficient). The reduction in maximum angle of attack from -13° for the 2D case to -10° also shows how much potential lift is lost.

Not the answer you're looking for? Browse other questions tagged aerodynamics lift wing-sweep or ask your own question.

8
Would a slotted "wing" work?
2
How can the zero-lift drag coefficient (parasitic drag) be calculated?
10
Why do wall-to-wall airfoils in wind tunnels produce no (or infinitesimal) downwash?
1
Why local(section) lift coefficient(CLL) is higher near the wing tips compared to the root on untwisted tapered wings and untwisted swept(aft) wings?
3
Why is an elliptical wing planform so aerodynamically efficient in layman's terms?
0
Will 3D wing has smaller drag than 2D at same AoA and airflow speed?
1
How are foam cores shaped for tapered and swept back wings?
1
What is the correct definition of "spanwise" and "chordwise" with a swept wing?
1
Does the quarter-chord-angle rule still hold for wings with very long chords or large differences between leading- and trailing-edge sweep angles?
3
Once pressure distribution is established, why soft wing at zero AoA without battens can't maintain shape?