How does an energy variometer work?

In a comment to an answer regarding instrumentation complexity, an "energy variometer" was mentioned, labeled in knots. What does this dial actually show, and how does it work?

The image accompanying the answer in the linked comment was this, with the energy variometer shown at the top left. Don't get distracted by the legs. :) 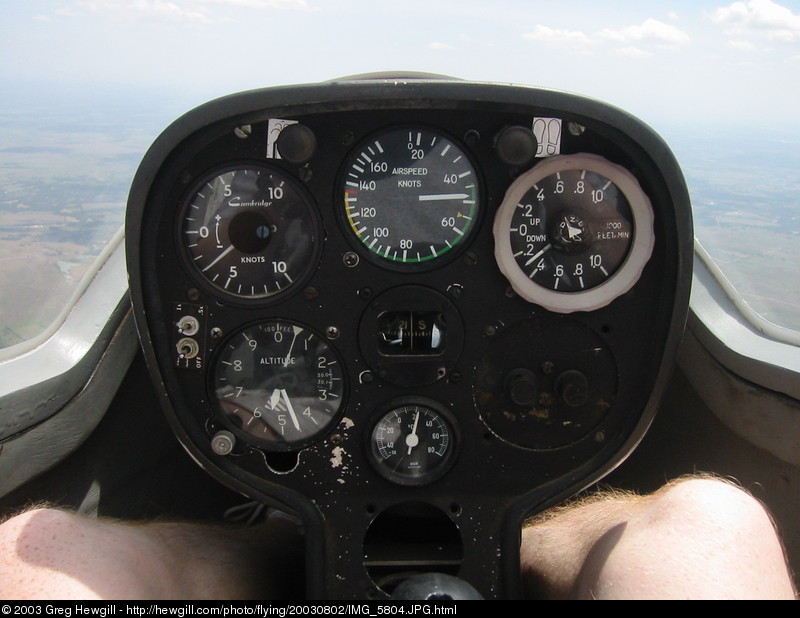 As it is labeled with +- knots, I would assume it is showing rate of change in airspeed (i.e. acceleration), but calling it an "energy variometer" suggests that it is a combination of altitude and airspeed in which case it would show positive when entering updrafts (or when being towed) which is obviously useful for a glider. Either way it would be interesting to know how it works.

The energy variometer gives the rate change of total energy of the aircraft expressed in vertical knots.

A traditional variometer gives the vertical speed of the aircraft derived from the change in barometric pressure. This is very useful for gliding, especially when looking for thermals that lift you up. The problem with ordinary variometers is that they do not indicate why the glider is climbing; is it due to a thermal / ridge wind or is it because the pilot pulled up and the aircraft is losing speed.

Total energy is the sum of kinetic energy and potential energy:

Kinetic energy is proportional to the velocity squared:

Potential energy is proportional to the height:

So a change in total energy is the result of the changes in kinetic and potential energy.

Differentiating with respect to time gives:

The climbrate ($\frac{\textrm{d}h}{\textrm{d}t}$) resulting from exchange of kinetic energy to potential energy can be expressed by:

This is the correction that is applied to the ordinary variometer to obtain the energy variometer. This can be done in an electronic way but amazingly it can also be done by mechanical pressure measurement.

When we look at pressure measurements that are used to calculate the airspeed, there is a striking similarity to the energy equation.

The dynamics pressure, which is the measure for airspeed, is given by

Note that $q_c$ scales proportionally with kinetic energy. The static pressure changes with height but it decrease while potential energy increases.

When the aircraft trades kinetic energy for height, the speed drops so the term

At the same time, the static pressure $P_s$ decreases with the same amount due to the climb. The result is that the total pressure measurement from this aft facing port remains unchanged when the total energy of the aircraft is constant. That is why an aft facing pitot port is called a Total Energy probe (TE probe).

To work best, a TE probe must be in undisturbed air. This is difficult as the probe itself is ahead of the pressure port so there is always some turbulence affecting the measurement. A common approach is to have the probe stick out in front the vertical stabilizer. 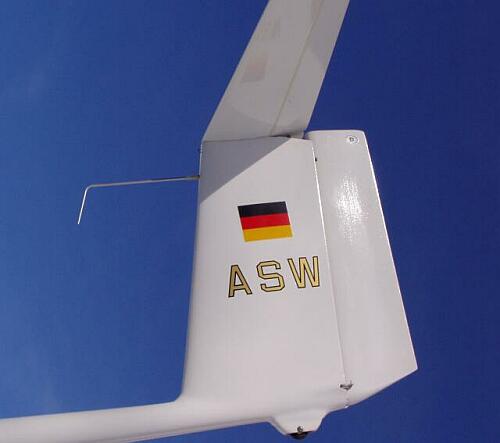 The pressure port is at the end of the tube, facing the vertical tail plane:

A variometer is a similar instrument to as a VSI (Vertical Speed Indicator) or VVI (vertical velocity indicator).

They are very important in gliders (what it appears the picture shows), as it indicates the presence of rising or sinking air. In powered flight, they are used to indicate level flight (or set a desired descent rate).

As far as how it works,

In most sailplanes, total energy compensation is achieved by connecting the variometer to the atmosphere via a "total energy probe", that produces vacuum proportional to the square of the glider's air speed—in effect, a negative pitot. Alternatively, the subtraction may be done electronically by the flight computer based on indicated airspeed (pitot).

This article gives a more detailed explanation, especially as it relates to changes in energy:

A TE variometer doesn't indicate vertical speed. It shows the rate-of-change of the glider's total energy per unit of weight - therefore it's name. It measures the variation of the glider's total energy, which is the sum of potential energy (proportional to altitude) and kinetic energy (proportional to the square of velocity). Its indication can only be regarded as being equal to true vertical speed in the case where kinetic energy does not change, in other words: where the absolute value of velocity (airspeed) remains constant. In contrast, a non-compensated vario will measure the rate of change of potential energy alone, which means the rate of change of altitude, or true vertical speed, independent of whether the glider's velocity changes or not. Conclusion: the two types of variometers indicate the same only when the glider's airspeed does not change.

If you are looking for an exact formula, this article shows how to calculate the relation between total energy and pressure.

TL; DR: The total energy variometer indicates the presence of thermals or other changes in total energy by removing energy 'trades' from the picture (e.g. airspeed for altitude), that would display differently on a normal VSI.

Not the answer you're looking for? Browse other questions tagged flight-instruments airspeed vertical-speed or ask your own question.

99
Why are the cockpit controls of airplanes so complicated?