Why is the pitching moment of this symmetric aerofoil non-zero?

However, looking at this graph of pitching moment coefficient against angle of attack, for a NACA0009 aerofoil at Re = 1e+6, it seems like Cm does actually vary considerably at low and moderate angle of attack. 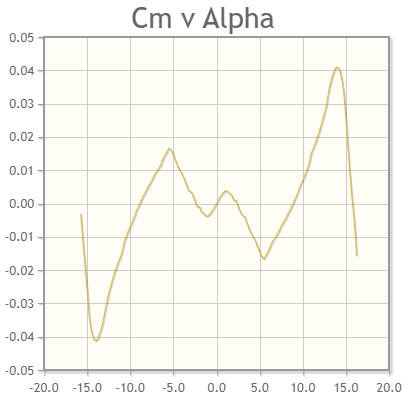 Under incompressible potential flow and at small angles of attack, one of the most celebrated results of Thin Airfoil Theory is that all airfoils have their aerodynamic centre at 1/4 chord; and for symmetrical airfoils, the centre of pressure coincides exactly with aerodynamic centre.

If you look at the plot in the OP, the variation of Cm between -3 and 3 deg are relatively small, indicating that the linearized theory agrees well with the nonlinearized simulation.

Beyond 3 deg, however, the viscous effects present in the simulation but absent from Thin Airfoil Theory begin to alter the results. This manifests primarily in the boundary layer, which alters the apparent shape of the airfoil, thereby making it non-symmetrical. The next graph shows the XFOIL simulation at 7deg AOA; notice that the boundary layer at upper surface thickens near the trailing edge. 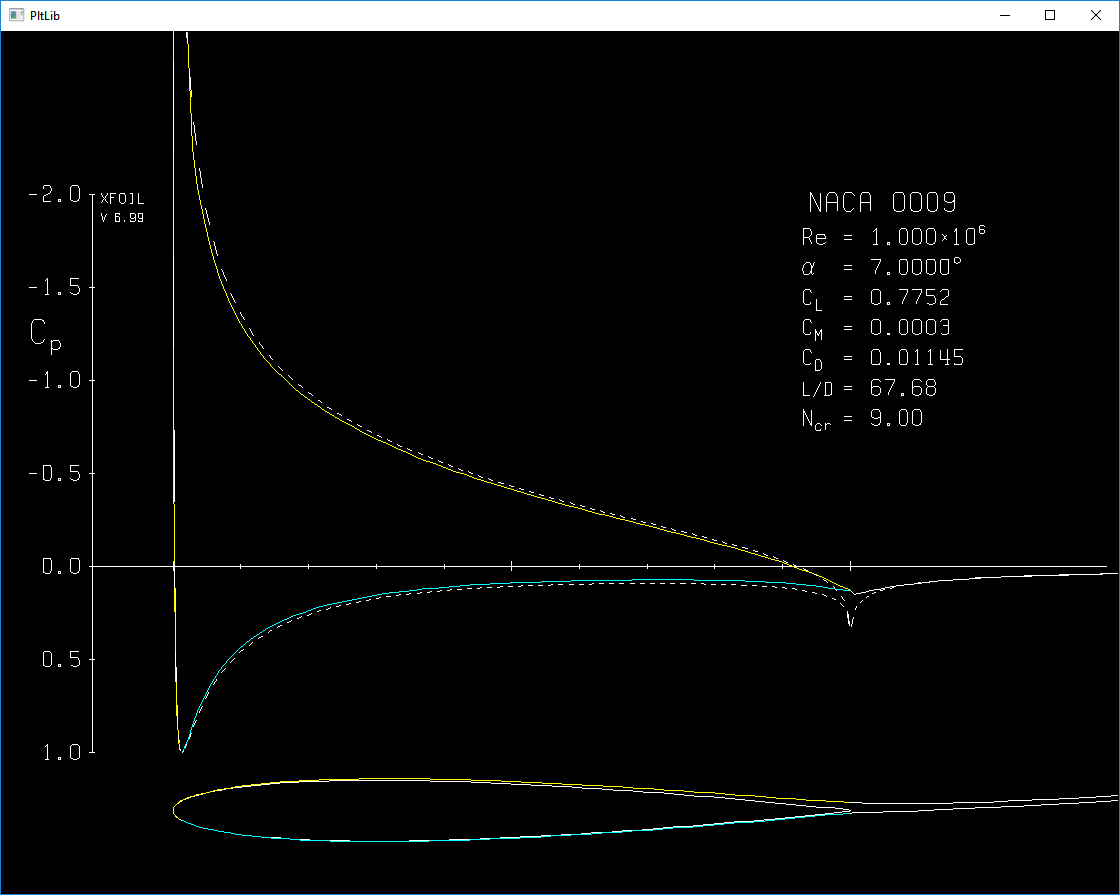 7
What is the working principle of a Gurney Flap?
5
When approaching stall, why does the center of pressure move back?
6
Should the pitching moment be up or down?
1
Why local(section) lift coefficient(CLL) is higher near the wing tips compared to the root on untwisted tapered wings and untwisted swept(aft) wings?
3
What factors are included in the moment coefficient of a wing?
7
How do you calculate the lift coefficient of an airfoil at zero angle of attack?
0
Wing pitching moment decomposition into two terms
2
How does the engine produce aerodynamic lift at high angle of attack?