What is the history of glass cockpits?

All glass cockpits seem to have the same basic setup for the primary instruments. Altitude tape on the right, air speed tape on the left, turn coordinator on top and an artificial horizon in the background. I can't find any good information on how the glass cockpit came to be and more specifically, how this layout was developed and adopted. I'm curious about:

It depends on how you define "glass cockpit." Technology has progressed in steps to the modern "glass cockpits" of the latest aircraft.

Who developed the first glass cockpits?

The military appears to be the first place where electronic displays were used. First for specific uses like navigation or targeting scopes, and later gaining more functionality.

The commercial side of the industry took a bit longer to adopt the technology.

The McDonnell Douglas MD-80 had a glass primary flight display and navigation display, and entered service in 1980.

Boeing started work on glass cockpits in the 1970s while developing the the Supersonic Transport (SST). While the SST never entered production, the work on glass cockpit technology was used in the design of the 767 and 757, entering service in 1982 and 1983, respectively. This was based on work with NASA, including testing on a 737 aircraft beginning in 1973.

How was the current layout developed, were other layouts in use beforehand?

The first displays were generally dedicated to specific functions. For commercial aircraft, there was a primary flight display (PFD) showing the pitch and roll of the aircraft. There was also a second display for navigation which displayed the aircraft's heading.

As RedGrittyBrick points out, adding the speed and altitude to the PFD was natural due to their typical position on either side of the PFD. The use of the vertical "tape" format allows the same visual sense of direction as a round dial while taking up less space in the display.

Was there any resistance or difficulty in getting these systems adopted amongst pilots or their companies?

Although there was certainly a sense of caution with the introduction of new technology replacing the most important instruments in the cockpit, the benefits were enough to get the changes adopted. Here is a study from 1989, focusing on the "glass cockpit" in the 757. It covers the effect on the pilots and their opinions of the new technology.

The study shows that the pilots had an overall positive view of the new technology, since it reduced their workload and made tasks easier in many situations. However, the report also identified issues with crew members becoming "complacent" due to more automation, and some tasks actually became more difficult with the new systems. There is also the issue of training pilots on the complex new systems, and about what information should be hidden from pilots either during training or in operation of the aircraft. These types of discussions are certainly not going away, as is evidenced by recent events.

I can't find any good information on ... how this layout was developed 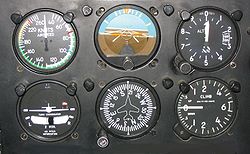 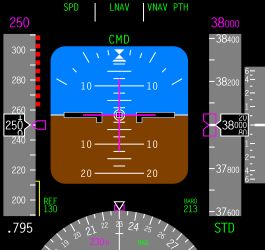 Electronic displays had been used extensively in military aircraft since the 1960s, but I believe NASA Langley with their Terminal Configured Vehicle program was most directly responsible for the initial research of electronic flight displays in commercial aircraft. Starting in 1973, they used a modified Boeing 737 to begin research into using computer displays on commercial aircraft.

Starting on page 36, this history of the 737 flying lab, goes into great detail of their research on electronic flight decks.

Not the answer you're looking for? Browse other questions tagged avionics aviation-history glass-cockpit or ask your own question.

6
What is the front glass in fighter planes called?

10
How to ignore faulty instrument readings in glass cockpits?
4
How do GA glass cockpit attitude indicators handle aerobatics?
9
Are HUD systems available for light GA aircraft?
5
What is the power source of the clock in glass cockpits?
10
How do instructors simulate instrument failure in basic training aircraft with glass cockpits?
8
How does a PFD handle unphysically abrupt changes in the parameters it's displaying?
3
What did Fiji have to do when it incorporated GPS into its aviation system?
1
Did the Wright brothers discover the three-axis control system for airplanes/gliders and the adverse yaw?
1
Do the rules used in modern soaring competitions forbid gyroscopic flight instruments, or forbid the use of AHRS-driven attitude displays, etc?