Why are there two red lines on the G-meter in the MiG-29? 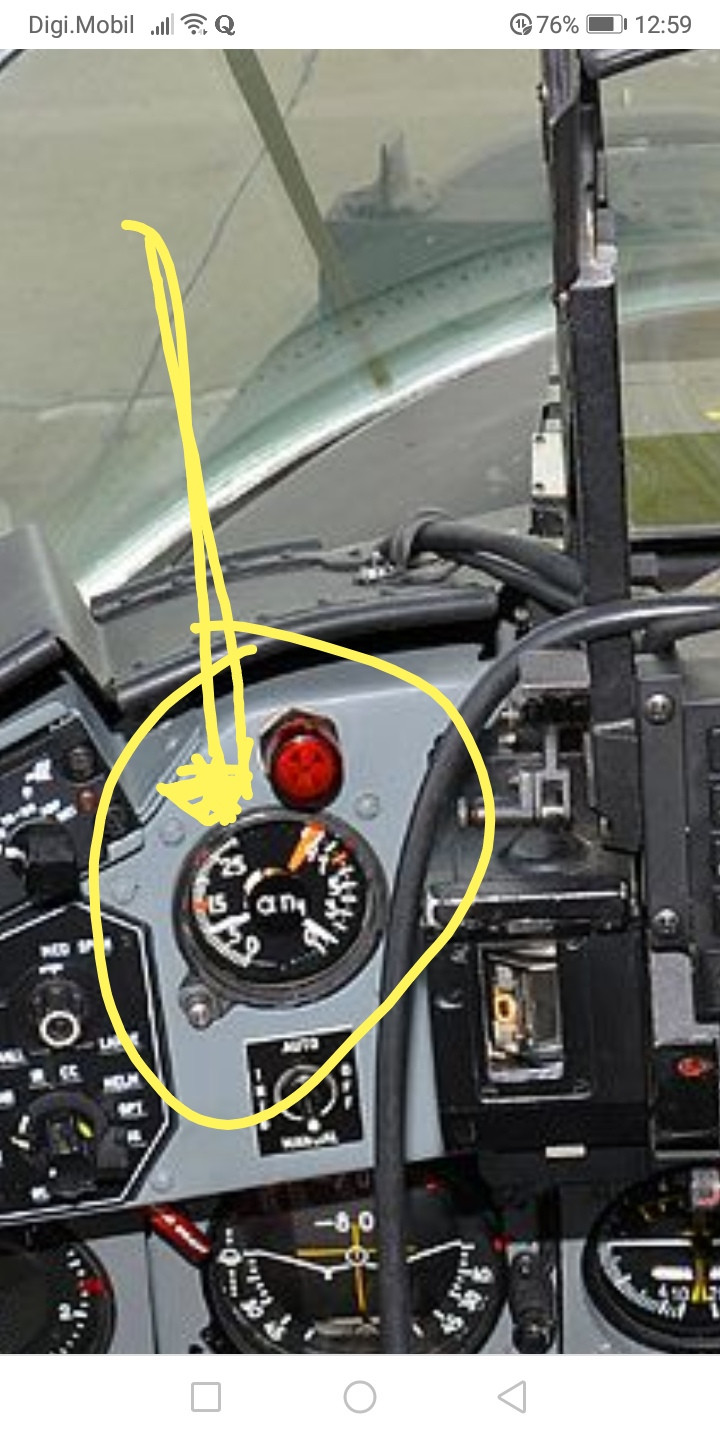 @George already gave a correct answer, but I'll expand it a bit and show the source.

Indeed, the lower load limit is for trans- and supersonic flight (formally M > 0.85) and the higher limit is for subsonic conditions.

The AoA redline at 15° also relates to M > 0.85. At subsonic speeds, the max AoA is 26°. I can only speculate why it is not shown on the gauge. Normally, the control system will enforce these (AoA) limits automatically.

Here are the load and AoA graphs from the MiG-29 flight manual (or more precisely, its 'Practical aerodynamics' part). 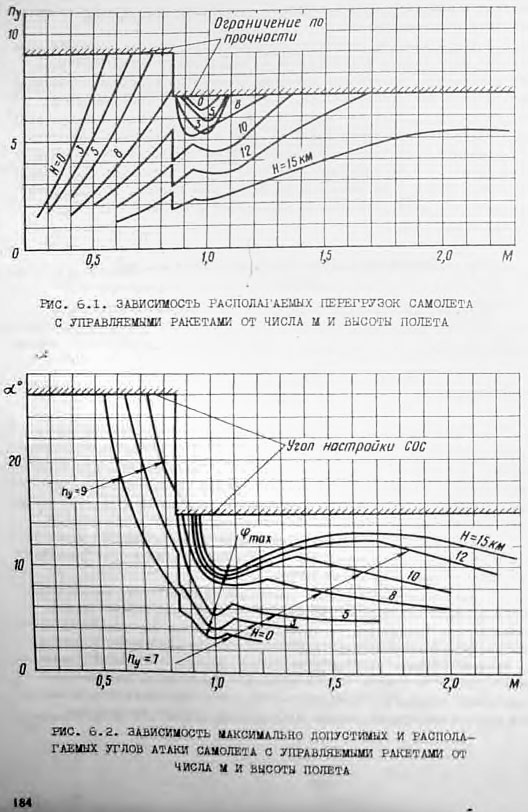 One might notice that the official supersonic load limit is 7 rather than 7.5. I'm not sure why is the gauge showing 7.5.

The curves indicate loads and AoA that are actually achievable at different altitudes (in km). The boundaries are labelled 'structural limits' (on the top) and 'control system limiter settings' (for alpha).

The line that is at the 9 G's is limit of maximum amount of G's( 9) until 0.85Mach (that is subsonic speed) and the lower line@7.5 is the limit for supersonic flight.

I can’t comment on the MiG exactly, but most fighter aircraft have maneuvering limitations when heavily loaded with external stores. If I recall correctly, the F-16 is limited to ~7Gs with a loadout. A good guess is that the MiG has similar limitations; this would be verified by looking at a MiG-29 flight manual under operational limitations listed therein.

Not the answer you're looking for? Browse other questions tagged aircraft-design aerodynamics flight-instruments mig-29 or ask your own question.

53
Can the Airbus A380 safely fly with two engines out on the same wing?
8
Why was the experimental MiG 1.44 so similar to the experimental TKF-90?
33
Why is there a white line on Russian fighter jets' instrument panel?
6
Why does the MiG-25 have silver-coated panels?
4
On a constant speed propeller, how is blade pitch related to airspeed and efficiency?
1
What airfoils are used for the current generation of general aviation VTOL aircraft?
0
Will 3D wing has smaller drag than 2D at same AoA and airflow speed?
2
Blunt noses subsonic drag - why a complete ellipse?
4
How can L/D Max be both Best Glide speed and Max Range speed?
12
Why are there double hinge lines on the rudders of the Grumman C-2?