What is the effect of a taildragger on P-factor?

By looking an image of P-40 Warhawk with taildragger (and other vintage warplanes), one can conspicuously find the propeller disc of this aircraft isn't perpendicular to the relative airflow which induces P-factor.

Doesn't this design forces the aircraft to further left which causes difficulty for pilot to direct rudder to right? 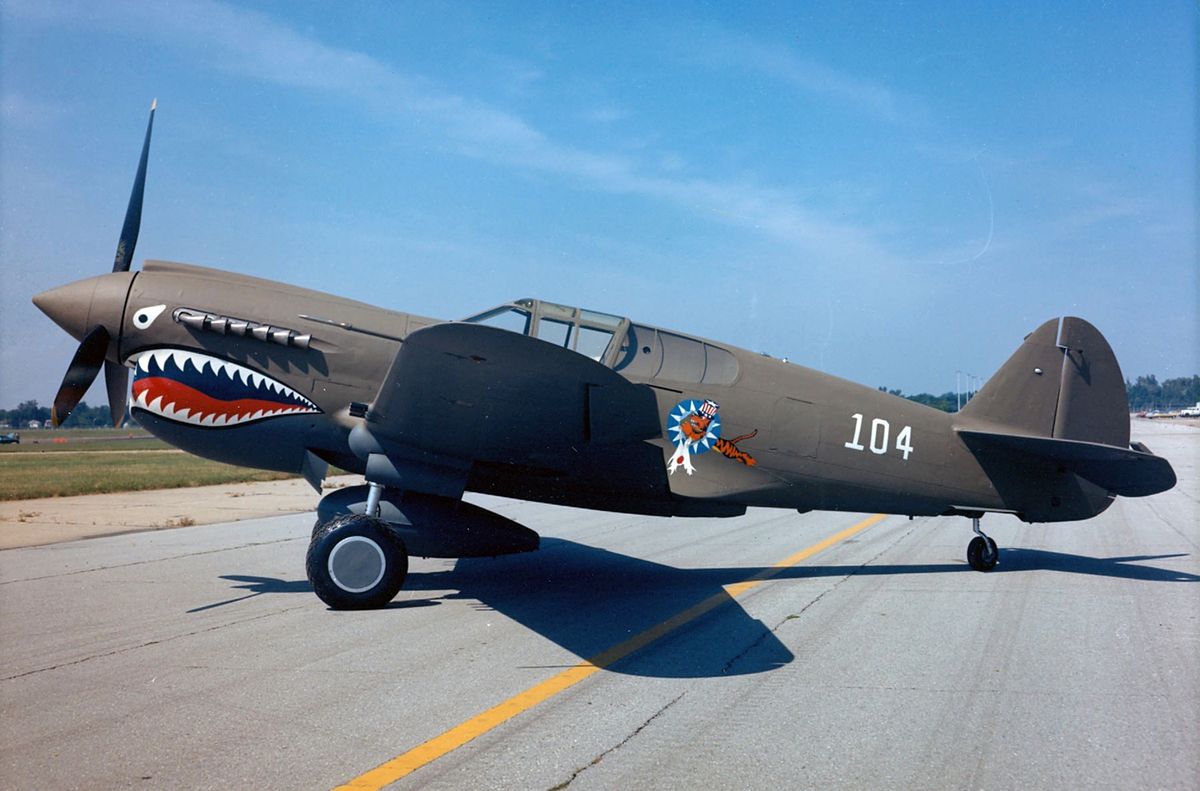 Is this the reason why all the modern airliner's (including single engine aircraft like Cirrus SR22, Kestrel K-350) fuselage isn't made inclined?

By inclined, do you mean that the conventional (taildragger) landing gear configuration angles the propeller? If that is in fact your question, know that the propeller is not “inclined” in flight any more than a tricycle landing gear aircraft. Straight and level is basically (very roughly) the same between the P-40 and the SR-22. And, P-factor is only induced when the aircraft has sufficient forward motion. At very low airspeeds, there is hardly any P-factor.

In a conventional (tail-dragger) landing gear aircraft, once you are above the customary taxiing speed (the sufficient airspeed mentioned earlier), you pitch the nose forward. This raises the tail. In effect, you eliminate the “incline” in question. You are, at that point, almost flying the aircraft as if it had tricycle landing gear.

The conventional landing gear was the norm in those days. And, they were more conducive to landings on unimproved runway surfaces. Although, the conventional gear is more advantageous on non-hardened surfaces. Its biggest disadvantage is its difficulty in steering at low speeds. The lack of a steerable nose wheel means you must rely on differential braking only at low speeds and the rudder at medium to high taxi speeds.

This leaves you prone to what is called ground loops. A ground-loop is caused by the center of gravity being positioned behind the point of lateral rotation (the main landing gear in this case). Any over use of differential braking or miscalculation of the leverage applied by the long leverage arm of the rudder can cause the aircraft to violently and uncontrollably spin around. Think of trying to steer your car while driving at high speeds in reverse.

The old adage is that you have to fly a taildragger from the moment you leave the hangar till the time you park it to put it away. Tail-draggers require you to be a lot more adept on the rudder.

It also leaves you vulnerable to prop strikes due to nothing stopping the nose from over-pitching. Something very easy to do by applying the brakes too hard during roll out from landing.

Not the answer you're looking for? Browse other questions tagged aircraft-design tail-dragger p-factor or ask your own question.

20
Why tail wheel rather than tricycle?