Does leading-edge droop increase or decrease lift, other things being equal?

Consider a conventional subsonic airfoil in level flight. Typically it is cambered and with a small positive incidence, both of which features contribute to lift.

Now droop the leading edge, as with say a plain leading-edge flap. This reduces the incidence, possibly even taking it negative, but increases the camber. Will the net lift increase or decrease, and why? Can the answer vary according to other flight conditions?

From this NASA study on LE flap/droop for a light general aviation wing: 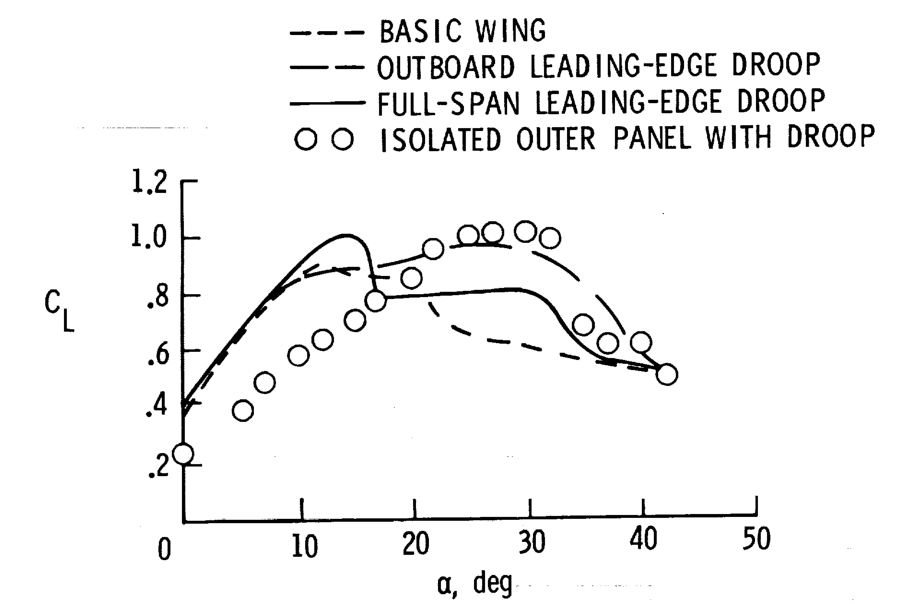 Variations of lift are small up to $\alpha$ 10°, but the stall is delayed to a higher angle of attack (and $C_L$) for a full-span droop (see: How do droops help to avoid stalls?).

And from a NACA study published in 1954 (NACA-RM-SA54B16) on the Effect of a Leading-edge Flap upon the Lift, Drag, and Pitching Moment of an Airplane Employing a Thin, Unswept Wing: 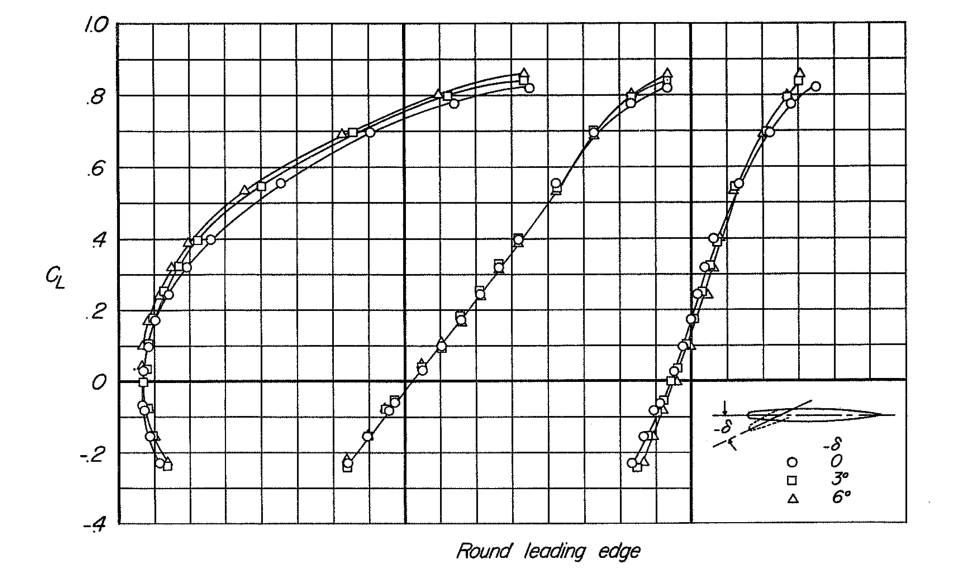 Note: The second study is on a thin airfoil, but the core premise (reduction of incidence and increase of camber) is covered here.

Not the answer you're looking for? Browse other questions tagged flaps high-lift-device or ask your own question.

7
How do droops help to avoid stalls?

7
What is the working principle of a Gurney Flap?
2
How does leading edge flap increase camber?
4
Does the extension of trailing edge flaps increase or decrease the critical angle of attack?
2
Why are Leading Edge Flaps (LEFs) create lift while down at slow speeds but decrease lift while down at higher speeds?
6
Do all A320-family planes have leading edge high lift devices?
6
Why does the A320’s maximum allowable aileron deflection decrease, rather than increase, when the flaps are extended?
2
Why didn’t the Concorde have flap-canards like the Tu-144?
5
Do leading edge flaps increase the critical angle of attack?
11
Why are Krueger flaps called flaps and not slats?
3
Do any regional turboprop aircraft have leading edge high lift devices?