What is the relation between manifold pressure, RPM, and power, in a constant speed prop?

1. Why if we decrease RPM and maintain throttle lever setting the power output decrease?

Power is energy per unit of time, and since there is fewer revolutions, there is fewer power strokes to release that energy. There is less contention for the air from intake manifold so the manifold pressure will increase a bit and each power stroke will deliver a bit more energy, but not nearly enough to compensate the overall lower number of power strokes.

For this reason, manifold power can only be related to power for constant RPM, and it's still complicated by other things, especially the density altitude. Fuel flow is a better indicator of power as long as you keep the engine properly leaned.

2. Sounds like very basic knowledge but I heard a lot of versions and I want to reassure. Is tachometer on constant speed prop reading engine rpm or prop rpm?

Usually propeller, but may depend on the aircraft. But it does not really matter, because the gear ratio is always fixed and because the pilot does not have any other use for the value than comparing it to some nominal values in the operating handbook, which are aircraft-specific anyway.

In one aircraft the POH might say that maximum RPM (more can't be selected anyway) is 2500 and most efficient for cruise is 2100, but on another aircraft it might say that 2750 is for take off, but for 2 minutes only, 2600 is maximum for continuous operation and 2300 is most efficient. If it instead said 3130 and 2625, it would make no difference.

Because of this, turbine RPM is only reported in percent, which sometimes extends to the propeller on turboprops too. It is still aircraft-dependent, because some engines go up to values like 102.5% and the spread between maximum and most efficient also varies.

There were some variable pitch propellers where the pilot directly controlled the pitch, but the governor is a fairly simple hydromechanical device (weight on spring measures the centrifugal force and directly controls hydraulic valve that adjusts the pitch) and results in so much more practical handling that it quickly prevailed.

This is further complicated in beta range (reverse thrust) where the power lever switches to controlling pitch directly while throttle is controlled by another governor to maintain RPM. But you'll mostly encounter that on turboprops. 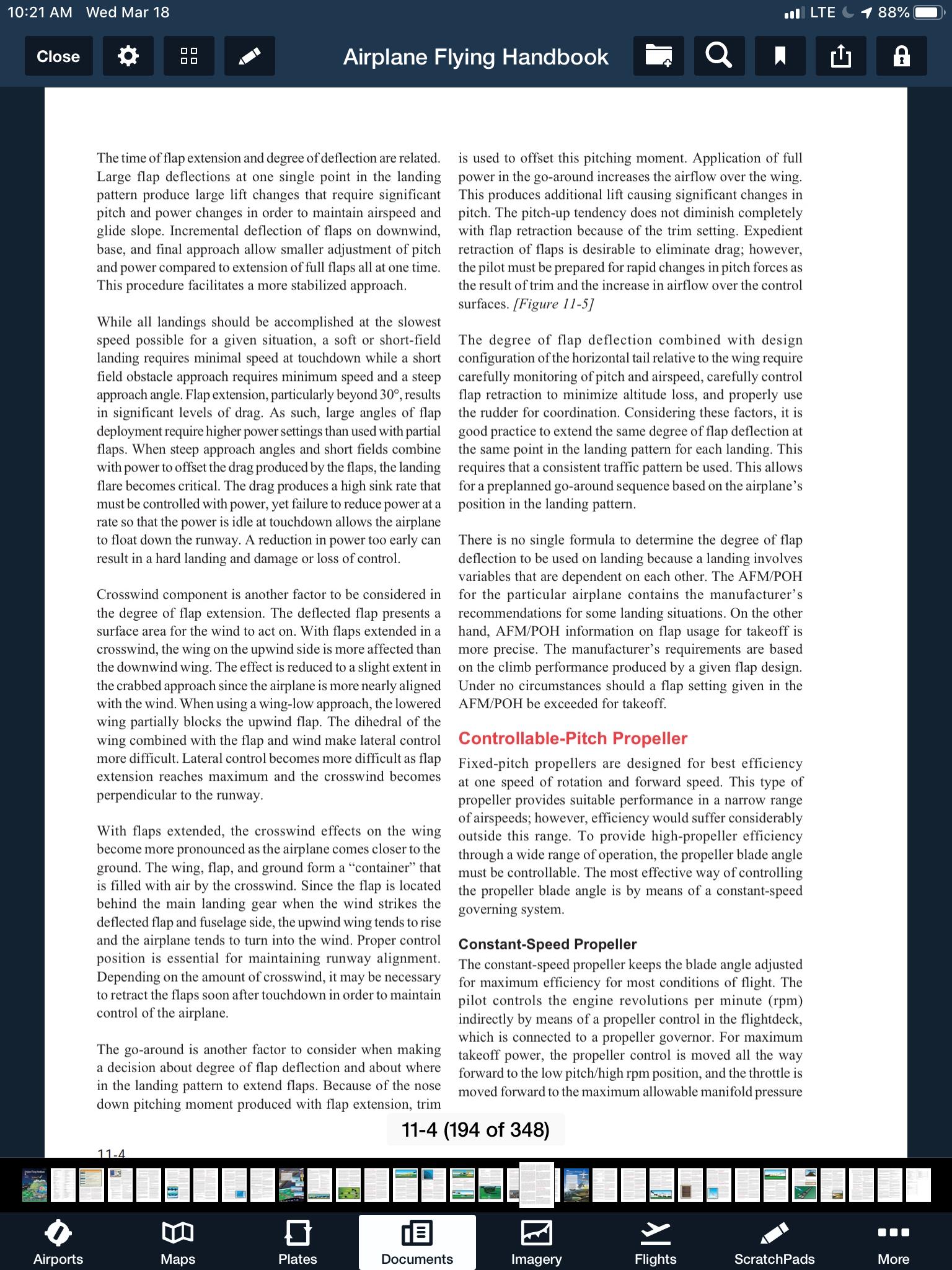 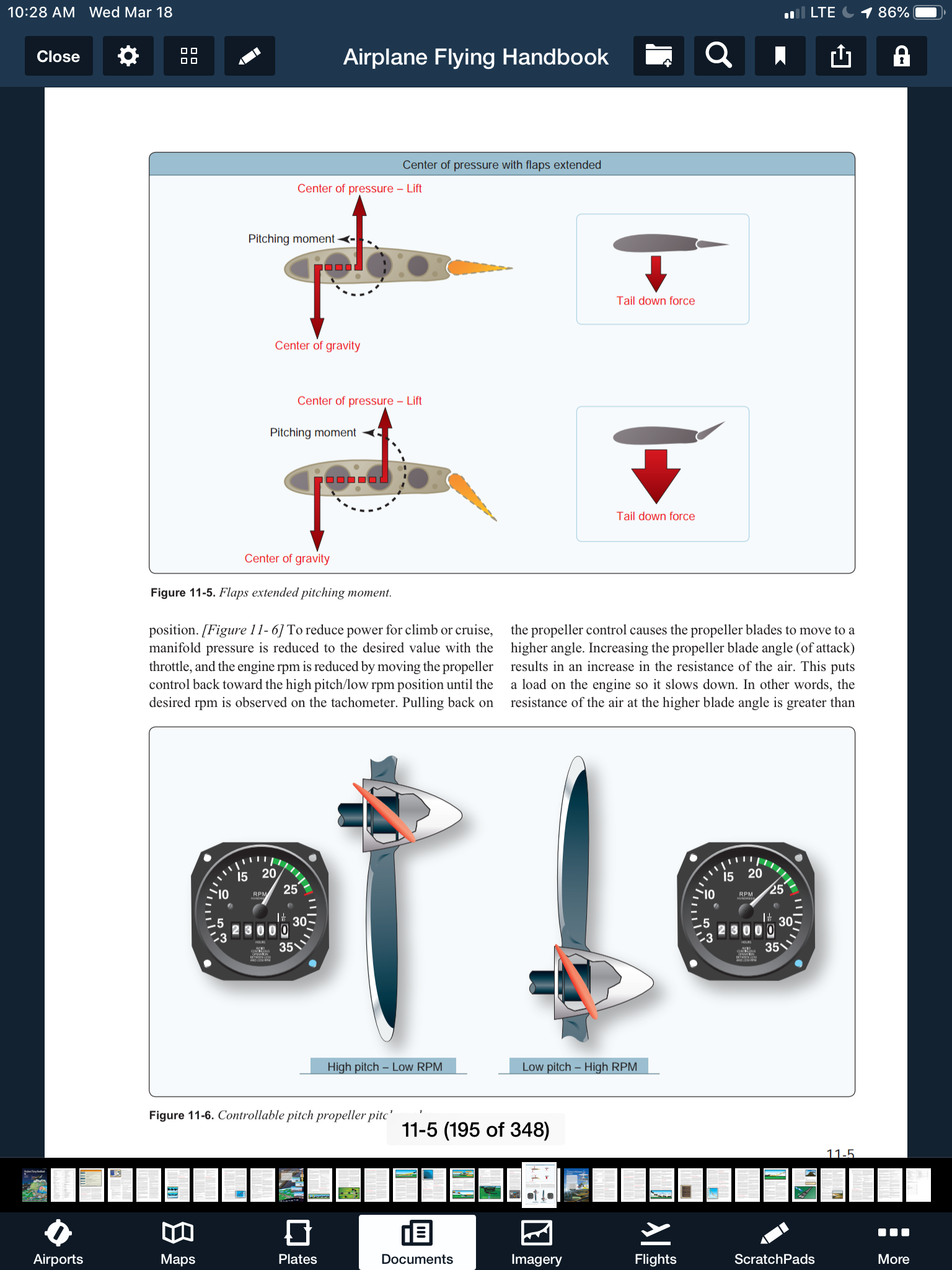 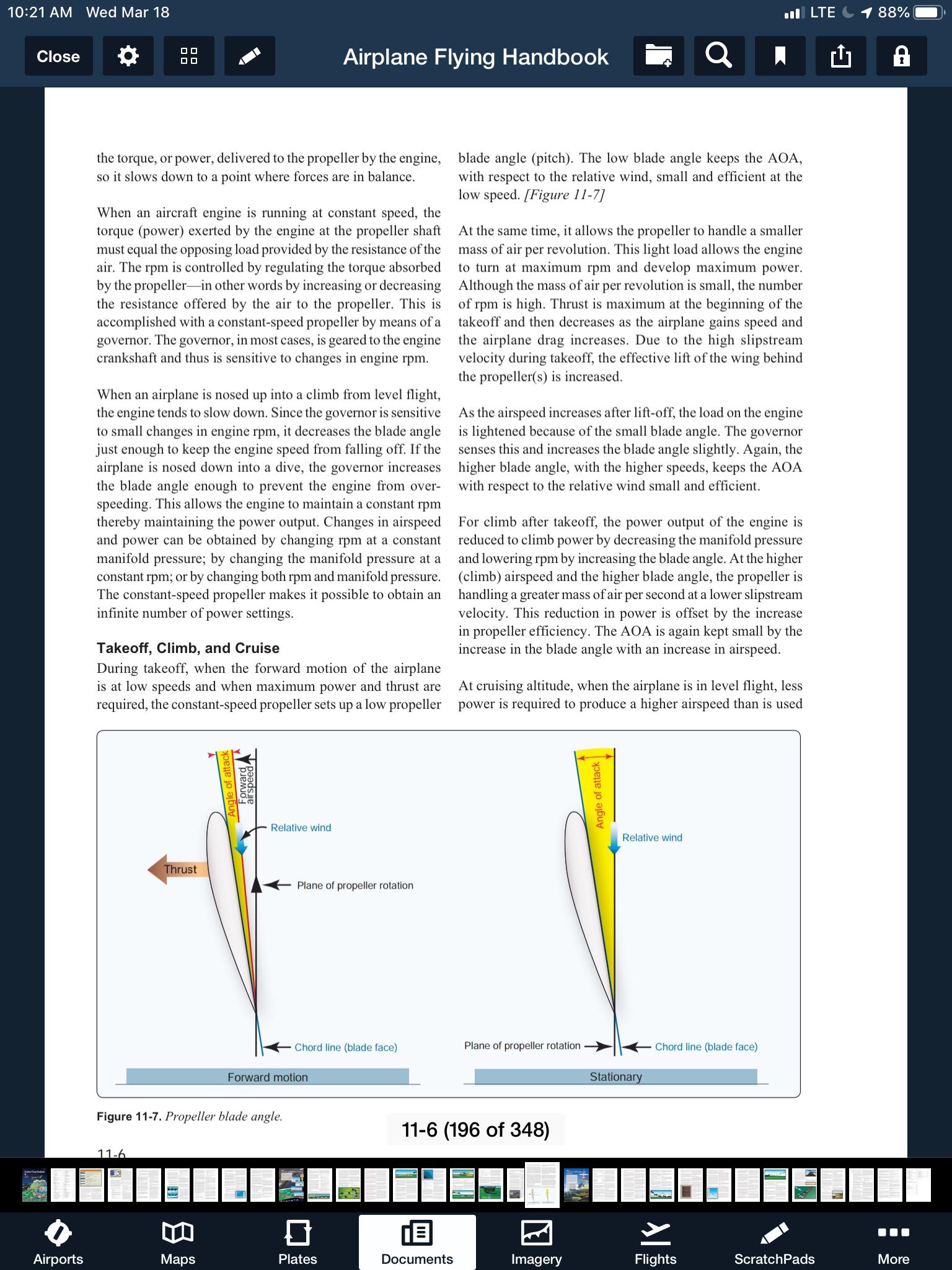 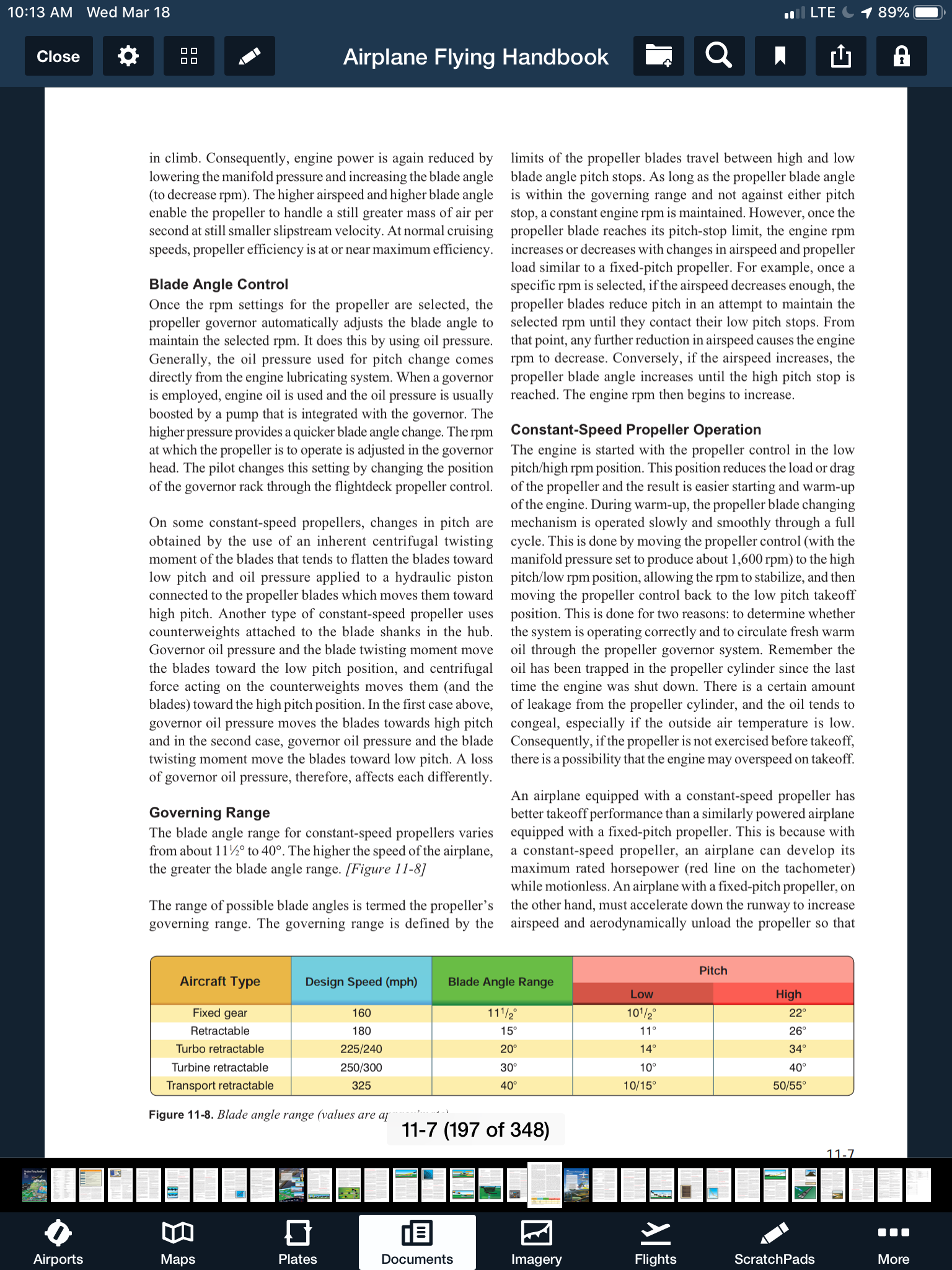 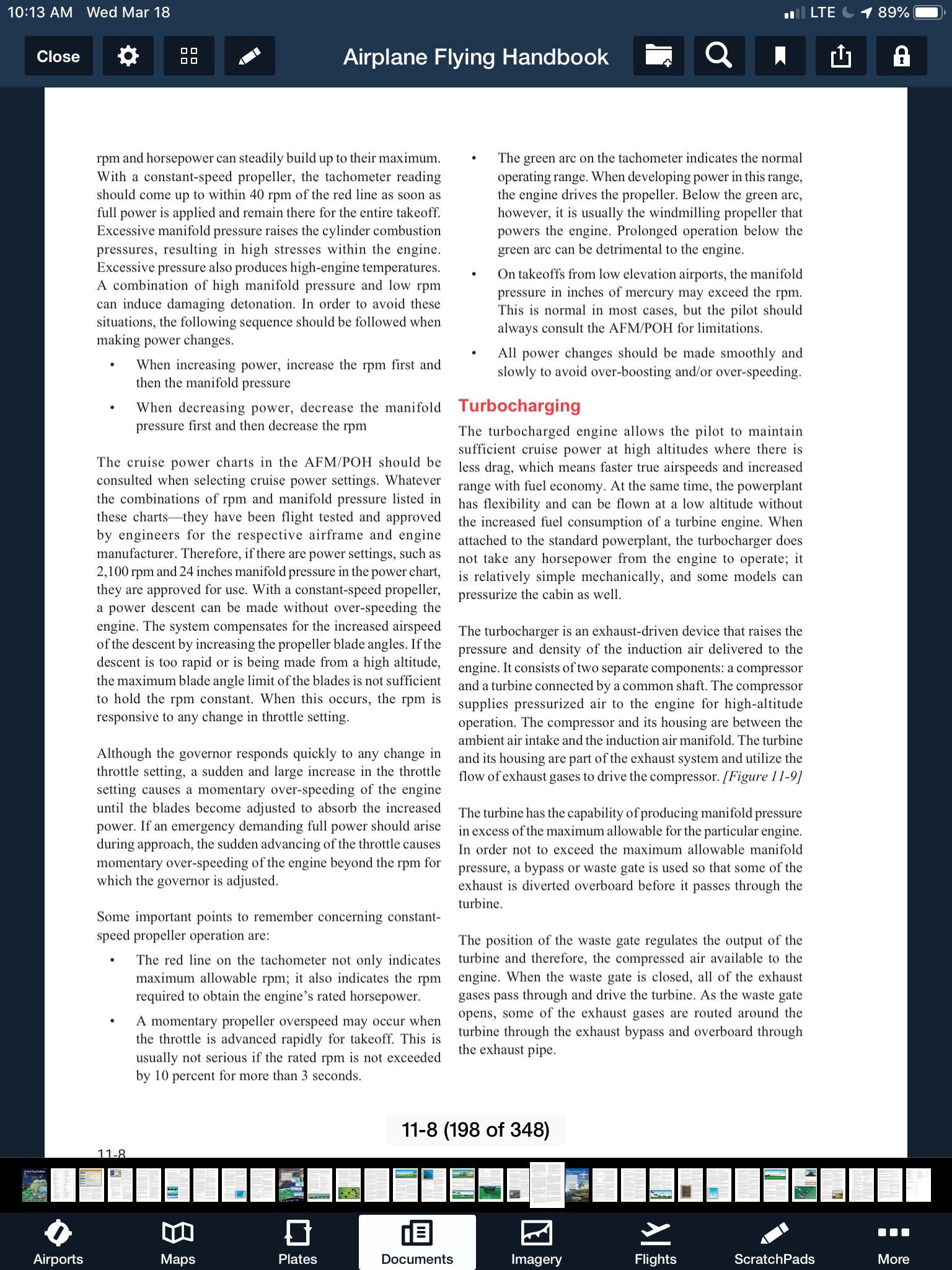 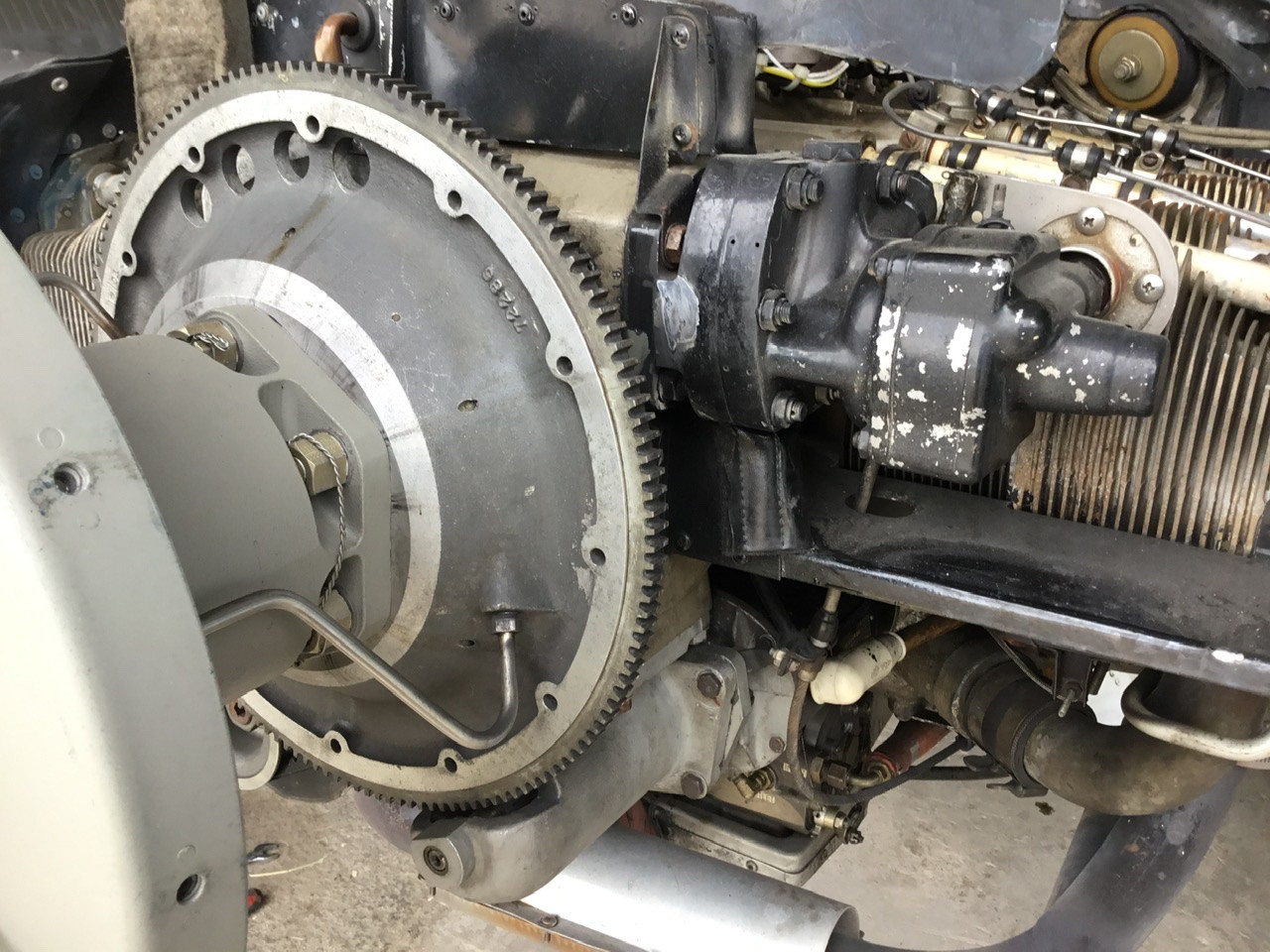 30
How does a constant-speed propeller work?
3
Why, during a magneto check, does manifold pressure increase as RPM decreases?
2
Does it ever happen that increasing the prop RPM without moving the throttle actually decreases the thrust and power delivered to the airframe?
0
In constant speed propeller, if i increase RPM lever from 2300 to 2500, will the Blade AOA decrease?