I was onboard BA105 on March 12, 2020 (London LHR to Dubai DXB), which was rerouted (I hope this is the correct term) to fly over Egypt. See the inflight map photo below: 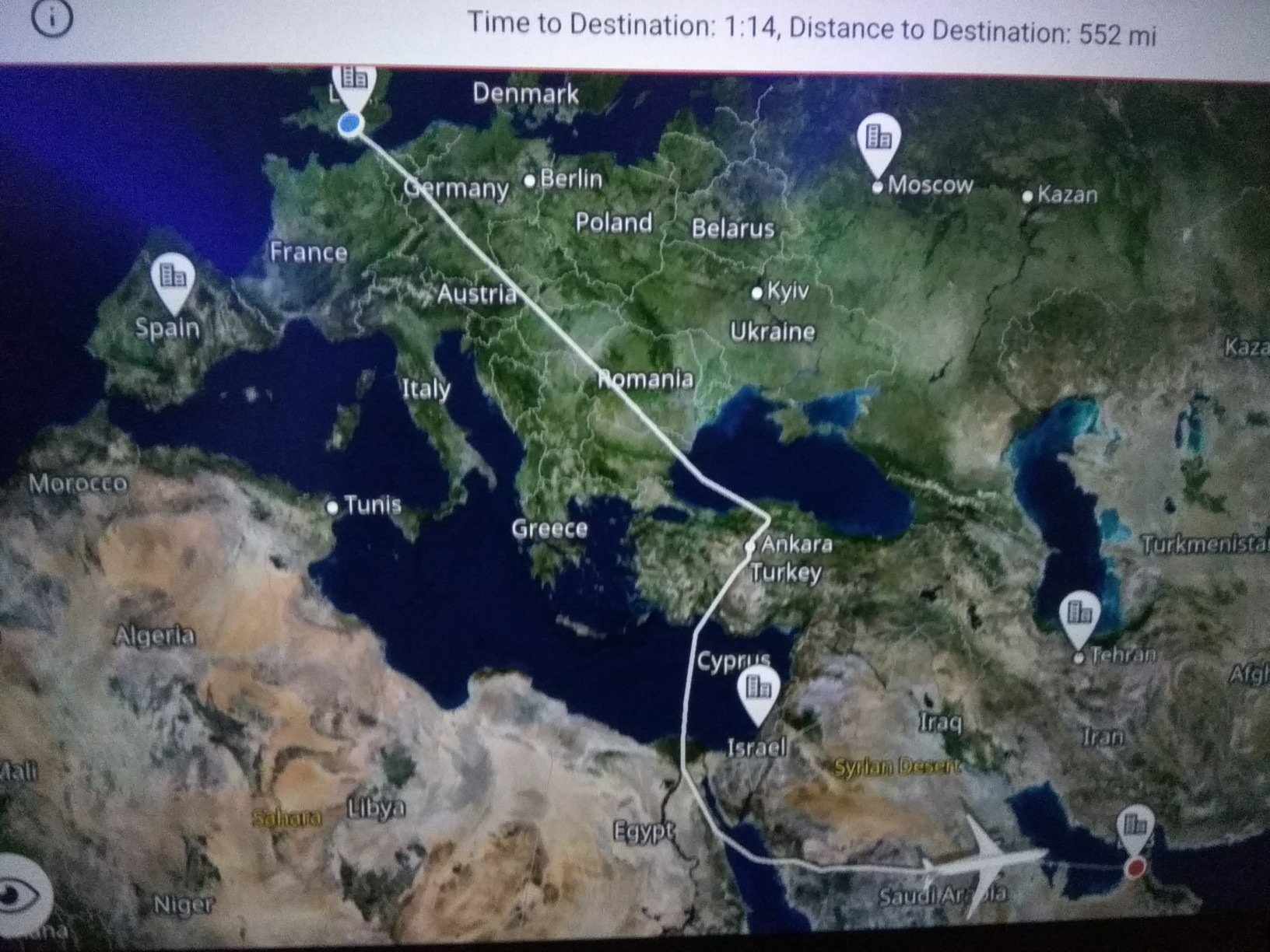 Close to arrival, the crew informed us that we had changed course because of an Iraqi airspace closure, bit didn't give any additional info.

How would I find out more details about what happened (I couldn't find anything through a basic online search)?

The diversion was roughly 3 hours into the flight (based on FlightAware), at about 0000 UTC (the 13th).

Those persons described in paragraph a (applicability) below are prohibited from operating in the Baghdad flight information region (FIR) (ORBB) at all altitudes due to heightened militia activities and increased tensions in Iraq, which present an inadvertent risk to U.S. civil aviation operations due to the potential for miscalculation or mis-identification. [converted case from all caps; emphasis added]

Note: "Those persons" refers to "U.S. air carriers and commercial operators". It's likely the UK issued a similar NOTAM.

Such communication – and the solution (reroute, return, land*) – will typically be sent from BA's ops to the plane via datalink (ACARS).

* Interestingly, the same flight turned around and landed at Istanbul on the 11th, followed by IST–DXB two hours later. This suggests on the 12th (your flight) they planned for this contingency and loaded enough fuel. The longer (Big Dipper) route adds an additional 580 NM (1,100 km) – not accounting for the increase in the air distance due to turning across/into the jet stream.

For how to find out generally, here I used EASA's Conflict Zone Information Bulletin.

Not the answer you're looking for? Browse other questions tagged airspace routing or ask your own question.