Why is the use of tail-down force so common?

Why is the use of tail-down force so prevalent in aircraft design? Why not use canards to avoid induced drag?

To achieve natural longitudinal stability (the aircraft stays at the trimmed speed, even after disturbances like gusts), the rear lifting surfaces need to have a lower lift per area than the forward surfaces. Why? In a gust, the aircraft's angle of attack changes on all surfaces nearly at the same time. By having less lift per area, the relative lift increase due to an increase in angle of attack is higher for the rear surfaces, so now they gain relatively more lift increase than the forward surfaces. This creates an imbalance which lifts the tail up, until the old angle of attack (and, consequently, the old speed) has been reached again.

A negative tail loading is a sign of high stability. This creates more drag, but allows the pilot to take the hands off the stick, to read his maps, check something or have a cup of tea. But its effect on induced drag can actually be helpful. You might be surprised, so please bear with me!

What is induced drag, anyway? It is the consequence of creating lift over a limited span. The wing creates lift by deflecting air downwards. This happens gradually over the wing's chord, and creates a reaction force orthogonally to the local speed of air. This means the reaction force is pointing up- and slightly backwards. This backwards component is induced drag! The lengthwise distribution of the surfaces which do the downward deflection is of little importance (for a very technical explanation: See here, where they talk about the Treffz plane): If you have a highly loaded canard wing, its downwash will hit the wing eventually, creating a lot of backward-tilted lift there. The canard by itself will not cause so much induced drag, but will mess up the airflow over the wing. Behind the airplane it does not matter if you fly a canard or a conventional configuration, what matters is over how much span you distribute lift creation (for a constant amount of lift at a given speed).

Another explanation: Since the wing creates a strong downwash at its center, the tail flies in an airflow which points slightly downwards. Negative lift there (being approximately orthogonal to local airflow) will actually point slightly forward, so your negatively loaded tail produces a small amount of thrust!

And if you think that a triangular lift distribution is unusual, please read this NACA report by R. T. Jones. It takes wing weight into account, and this changes the picture how the lift distribution for minimum induced drag should look.

Yes the first successful fixed wing motorised flight of the Wright brothers used a canard layout, so why did this layout disappear in favour of the conventional tail plane? 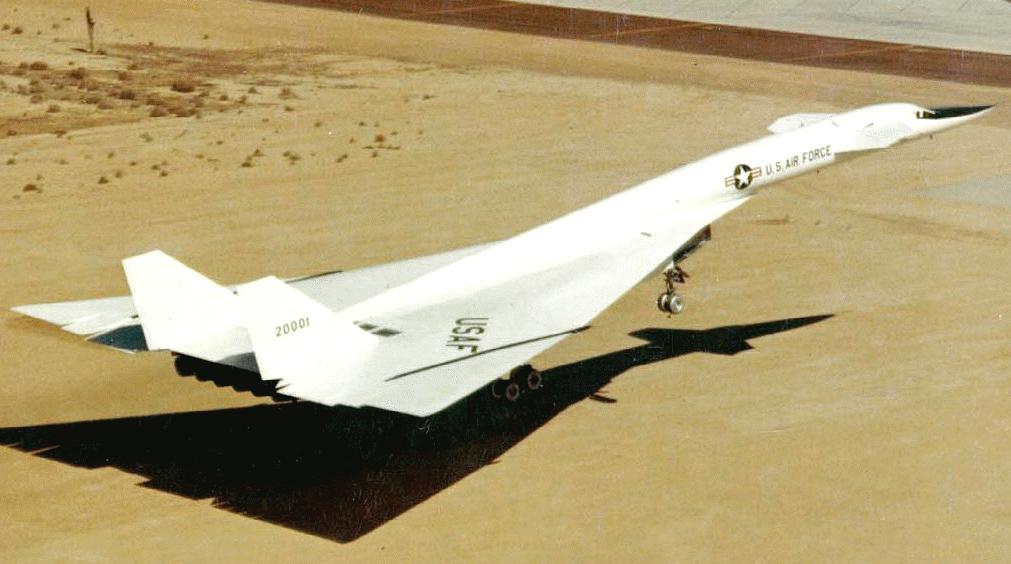 The canard surface disturbs the air stream over the main wing. The long coupled canard places the forward plane at a considerable distance from the main wing, in order to reduce mutual interference. Torenbeek cites the following design issues for this configuration:

The canard layout has as advantage that it provides an aerodynamic nose-up moment with positive lift: it helps with lifting the aeroplane, and if it stalls the nose will come down, auto-correcting the stall situation. The disadvantage of the layout is: at high angles of attack, the canard wing provides a large lifting force, and is always closer to stall than the main wing. That would leave unused a large portion of the lifting capacity of the main wing at low speeds.

So the canard lay-out seems to be particularly suitable for transsonic and supersonic aircraft - conventional aircraft with a horizontal surface at the tail can also cruise with a positive tail load, and have the advantage of a clean flow over the main wing plus a large CoG range.

The idea of putting down force on something you are trying to lift initially does not sound right at all, but looking closer reveals the true function of the properly designed H stab, to set the wing at its most efficient angle of attack while the H stab is at (lowest drag) 0 AOA!

We all know one wing is more efficient than 2. Really no sense positively or negatively loading the horizontal stabilizer for optimal cruise efficiency. The design point at an optimal efficiency cruise wing AOA would be Clift directly over CG.

The H stab, at zero AOA, would be doing its job holding it there, with sufficient trim and elevator authority to handle other situations.

The added benefit of a rear H stab is it helps directional stability and helps lower the nose if the aircraft is sinking.

Not the answer you're looking for? Browse other questions tagged aircraft-design aerodynamics canard or ask your own question.

57
Is a winglet better than an equal span extension?
16
Why do airplanes have to retract landing gear?
20
Do box-wings suffer from induced drag the same way as normal wings?
19
Why is the Tu-144 the only commercial airplane with canard configuration?
11
Does the downwash created by induced drag increase or decrease lift?
6
Why can't planes use only flaps in the tail section instead of stabilizers?
5
Was the adoption of conventional tailplanes as 'everyday aircraft' inevitable, or are there other designs that can be just as good?
12
What are the advantages and disadvantages of a delta wing compared to a swept wing?
3
How are empennage airfoils chosen?
4
Are canards useful for ultra low flying aircraft?
See more linked questions

20
Do box-wings suffer from induced drag the same way as normal wings?
19
Why is the Tu-144 the only commercial airplane with canard configuration?
3
What causes tail-down force?
6
Why the use of twin tails?
5
Why do tailplanes provide down force, if not for longitudinal static stability?
5
Why aren’t there any lifting-canard airliners?
28
Why force the nose of 737 Max down in the first place?
4
Why aren't 3-surface aircraft more popular in general aviation?