What are the aerodynamic design principles behind the "supersonic" propeller of Luigi Colani's C-309 racing plane?

One of Luigi Colani's designs that is particularly confusing to me is the second design iteration of the C-309 propeller racing airplane. Allegedly, its two propellers are designed to be supersonic and they have a very peculiar shape, as shown in the photo below. 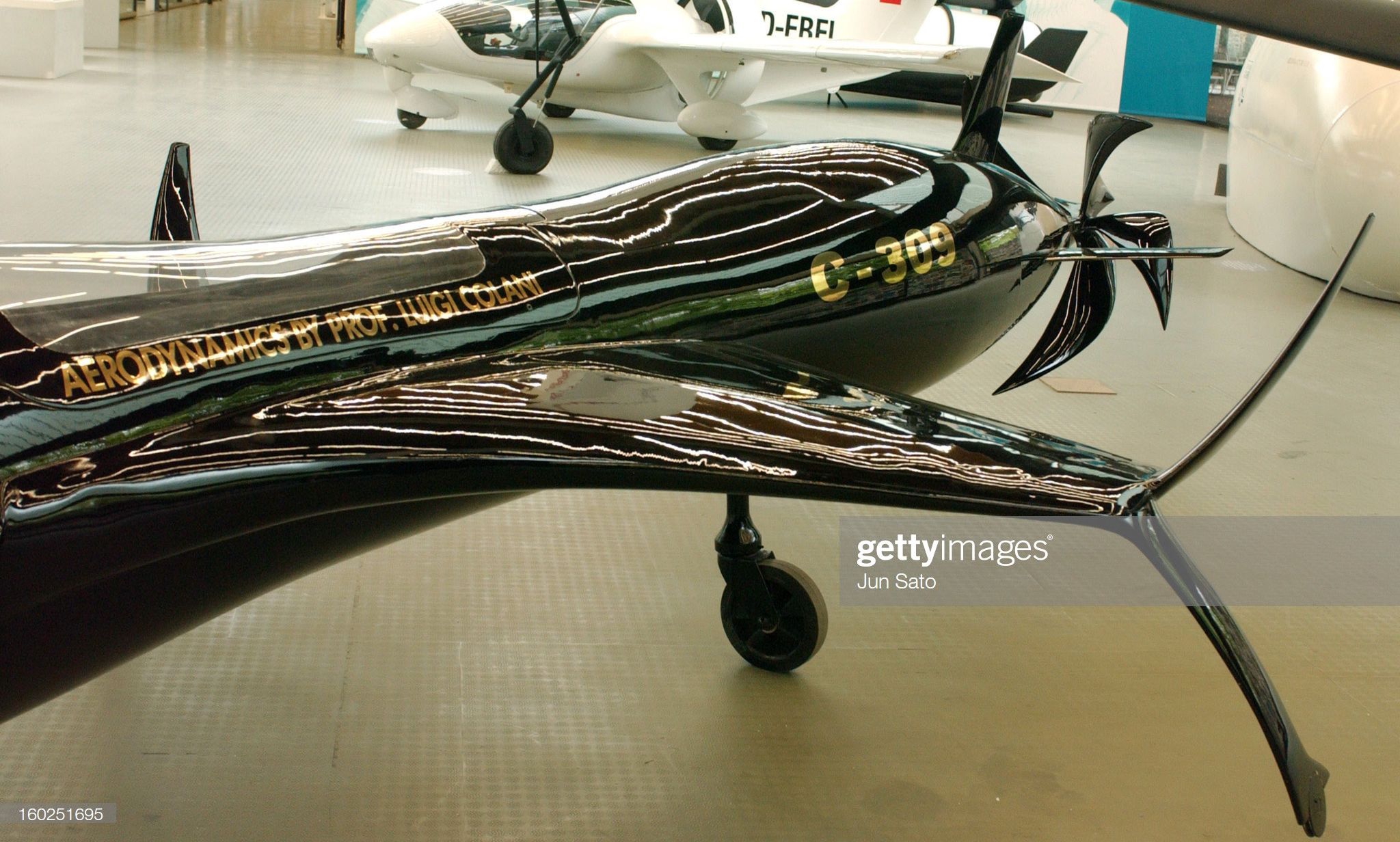 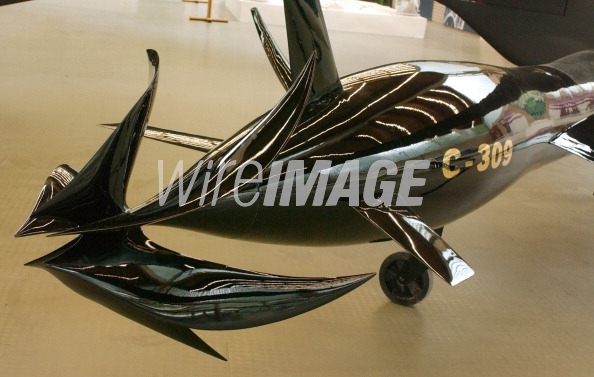 The leading edge of the C-309 propellers is both forward-swept and twisted in a circular fashion, given the propeller blades a helical appearance. This is a very different approach from real-world supersonic propellers found in e.g. the Republic XF-84H Thunderscreech.

Assuming the propeller material to be indestructible for a moment, and that the propeller design is not guided by aesthetics alone, what would be the aerodynamic reasoning behind creating a propeller of such an absurd shape? Is it equivalent to a forward-swept wing that takes into account the relative velocity from the propeller rotation?

Although his design is based almost entirely on intuition and is wholly unworkable, as with most of Colani's design concepts, some recent study had made the swept supersonic propeller a fashionable topic of discussion at the time, but he pushed it way beyond its comfort zone.

The idea of the sweep is the same as for the swept wing; to delay the onset of sonic shockwaves to supersonic speeds, and thus to prevent drag rising too sharply. Some modern ductless fans have swept blades for this reason. The mechanical problem then is that the mass of the spinning tip effectively pulls them outwards and imparts huge stresses on the blade. By moving the root attachment point back behind a claw-like root tip, the blade mass can be balanced and the bending reduced. The principle can also be seen in some high-speed helicopter blade tips.

However Colani somewhat inexplicably sweeps them forwards, perhaps because the Grumman X-29 was in the news and its reduced-span forward-swept wing supported the idea of a more compact blade.

Deep chord and short span in general are, like sweep, applicable to all supersonic surfaces.

The lack of centre aftbody, the particular curve, the precise mass distribution and pointed tips all appear to be pure artistic aspiration, as do his performance estimates.

Looks like the Colani Museum has picked up my question on Twitter and posted a response later with an archive photo of an advertising article: 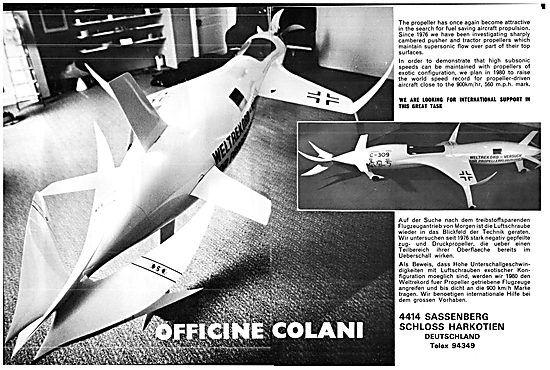 The English part of the article says about the propellers:

Since 1976 we have been investigating sharply cambered pusher and tractor propellers which maintain supersonic flow over part of their top surfaces.

In contrast, the German translation says:

Since 1976 we have been investigating strongly forward-swept pusher and tractor propellers.

So this sounds to me like they were simply looking to develop strongly forward-swept propellers with a supercritical airfoil. Aesthetics almost certainly also played a role in the design.

4
What are these circles around the propeller?
1
What would happen if the wing of a supersonic plane goes into the shock wave from the nose?
13
What are the reasons behind this pusher propeller configuration?
1
How to design the blade twist angle in propeller design?
16
What are the procedures for flying supersonic over international waters?
0
What´s the logic behind the Power Curve?
0
What is the certification process for a new propeller blade design?