Why does Google's Wing drone have dimples? 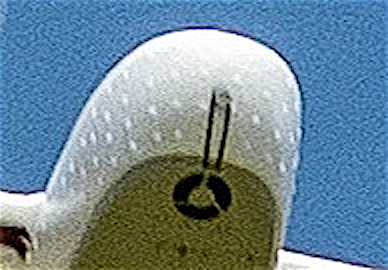 The question What operational aspects of Alphabet's Wing drone delivery service will be the same as that of an airline? includes a cropped photo of a google drone from FAA Certifies Google's Wing Drone Delivery Company To Operate As An Airline.

It is a winged aircraft with two long rows of vertical electric motors and propellors, and two more forward pointing motors for thrust, one on each wing.

Question: Why the dimples?

Images below have been cropped, zoomed and substantially sharpened to enhance the visibility of the dimples.

Customers who took part in Wing's drone delivery test program in Virginia approach their package after it was dropped on their lawn. Credit: Wing Source 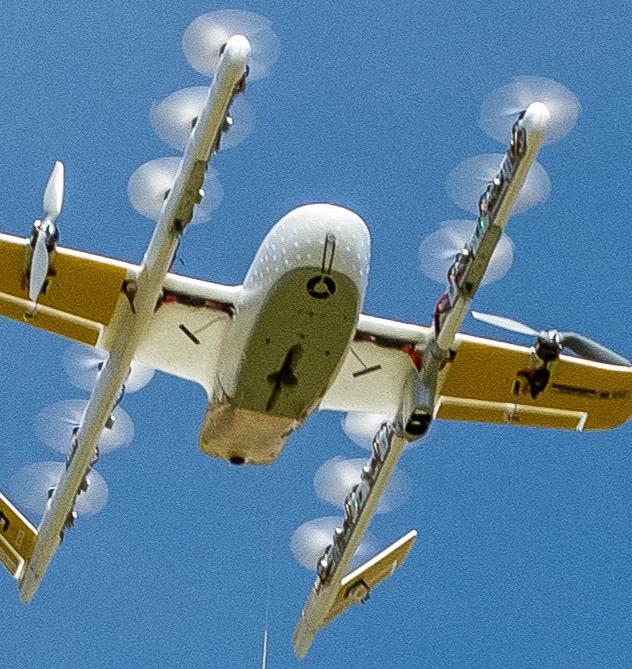 These are not actually dimples but shallow bulges. I found a higher-res image online and checked it out. You have to expand the image to full-size and look closely; the angle of sunlight and shadow gives them away: 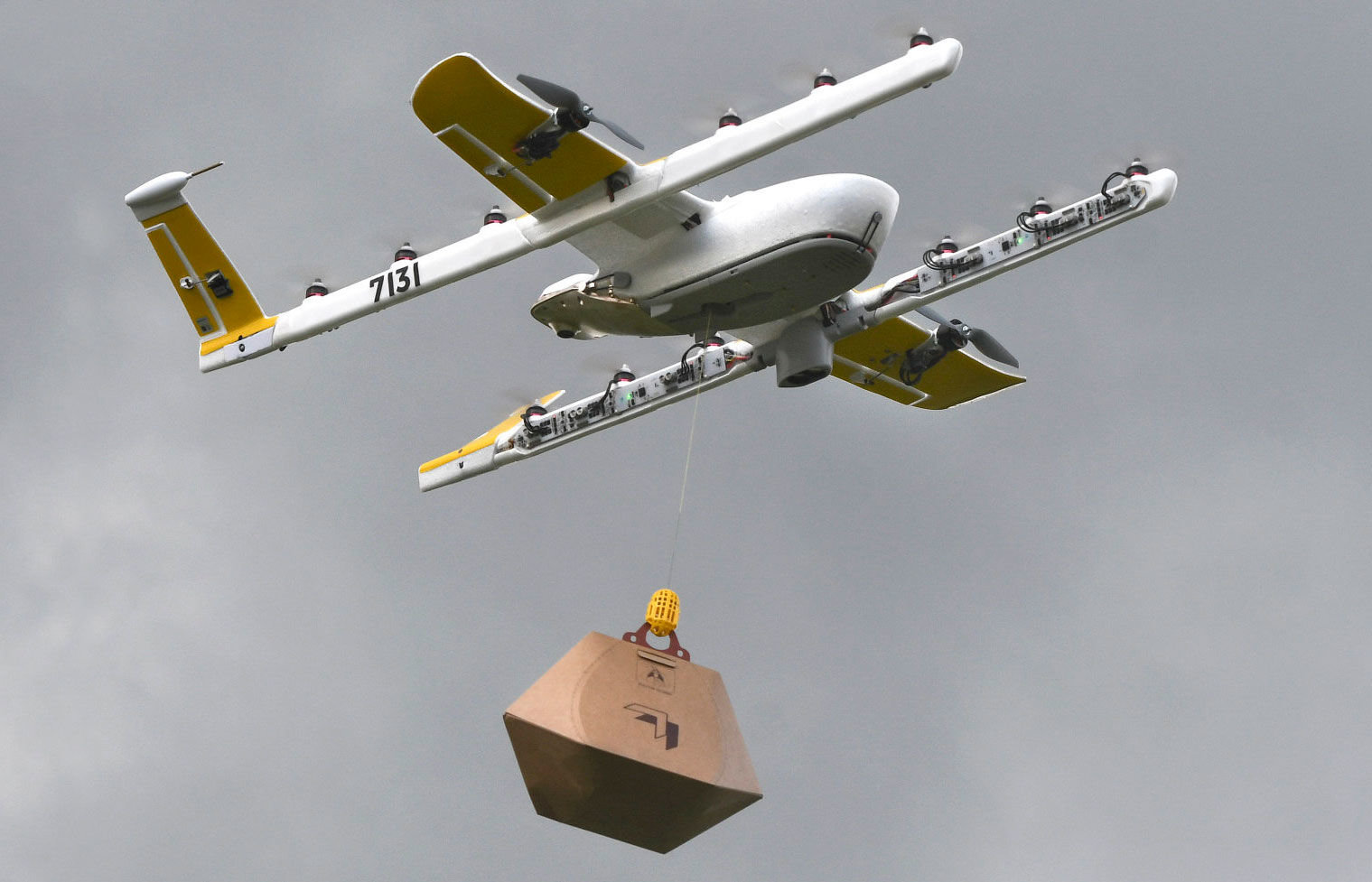 Similarly, this side view shows that the bumps continue down the side: 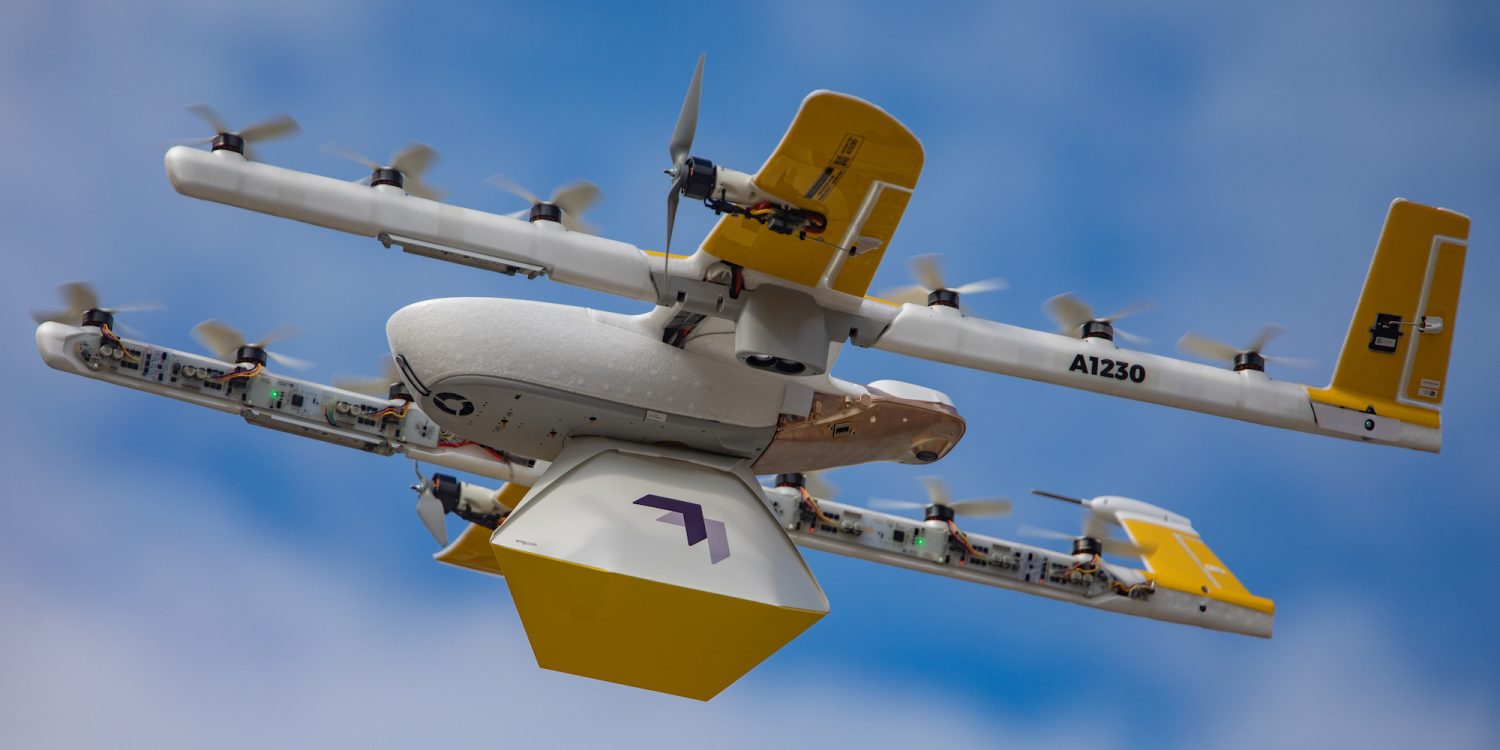 The drone is not very large, less than 2 m (6 ft) long. They are not large enough to have significant aerodynamic effect at the speeds the drone flies. Lots of much faster planes have rows of rivet heads which stand out more than these do. They are about the size, shape and spacing one might expect from internal fixings holding a light supporting framework together, maybe there are pop-rivets under there. Another possibility is anchor points for internal equipment or wiring.

To be honest I am disappointed. Dimples are used on golf balls to stabilise flight and have in the past been studied as a way to reduce drag on aircraft. I had hoped at first that work might have been brought back to life. Then again, some cetaceans (whales etc) do have knobbles on their fins, we think to control the boundary layer and reduce drag, but these are just too small and shallow and not organised in the expected way for that.

Not the answer you're looking for? Browse other questions tagged aerodynamics commercial-aviation unmanned-aerial-vehicle feature-identification or ask your own question.

6
What are these autonomous, shape-shifting indoor neutral-density craft I read about?
5
What operational aspects of Alphabet's Wing drone delivery service will be the same as that of an airline?

3
What is the difference between “R/C”, “Drone”, “UAV”?
8
Why does the elliptical wing have the lowest drag?
4
Does a LSA or better license count for drone use?
1
What disadvantages does flying a drone close under a ceiling have?
5
What operational aspects of Alphabet's Wing drone delivery service will be the same as that of an airline?