Why does the Pratt & Whitney 747 have an extra engine on the right side but not left side? [duplicate]

Ask Question
Asked 1 year ago
Active 1 year ago
Viewed 8k times
1
$\begingroup$
This question already has answers here:
Why does this 757 have a propeller engine attached to the fuselage? (3 answers)
Closed last year. 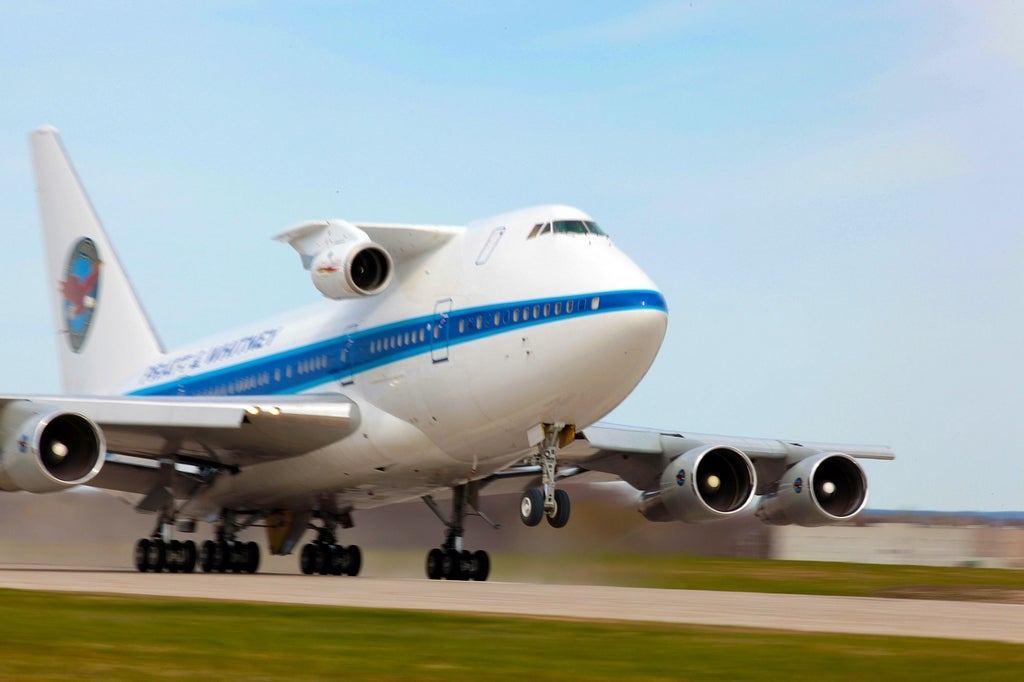 What’s the purpose of this design, and why only on one side?

It's an engine testbed aircraft. In this particular picture, the tested engine is probably one of the PW1X00G series (mainly used by Airbus A220, Airbus A320neo, Embraer E-Jets E2, Irkut MC-21, Mitsubishi SpaceJet) and the aircraft is one of two Boeing 747SP testbed aircraft owned by PW.

Engine testbed aircraft test the engines in-flight, with parameters and conditions that can not be tested in a static test on the ground (for example, low temperatures and non-static thrust).

Engine testbed aircraft often end up in unusual configurations. Other examples include (but not limited to):

Not the answer you're looking for? Browse other questions tagged aircraft-design aircraft-performance boeing-747 or ask your own question.

4
Why does the Boeing 747 have a nickname but other aircraft do not?
18
Why do some 2 seat fighters have side by side seating, while others have the pilots inline with each other?
29
Why are most weapons in AC-130 on the left-hand side?
13
Why do Boeing aircraft have serrated engine nacelles, but Airbus does not?
10
Why does the spiraling slipstream from a propeller hit the left side of the fin?
16
Why does the C-2 left inboard stab not have a rudder?
18
Why do many light aircraft have a trim tab on one side of the elevator only?
50
Why does this 757 have a propeller engine attached to the fuselage?
7
Why does taxiing produce large lateral loads on the 747's engine pylons?