Can a VFR flight reference a waypoint in communication?

Can a VFR flight reference an IFR Waypoint when communicating position to tower or centers? For example: “N1234 at 3500’ at FERMY, request blah blah blah?” 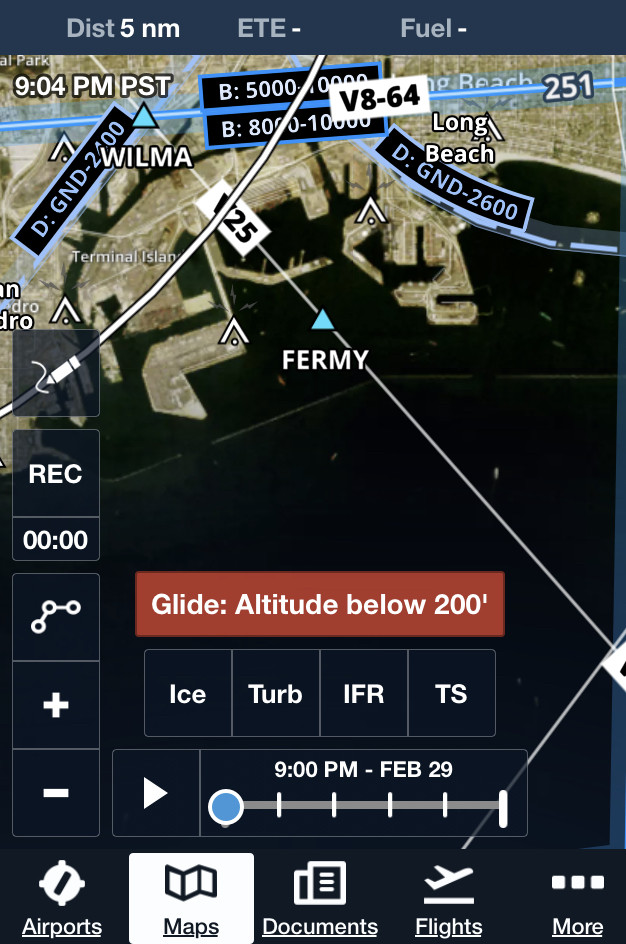 ****Adding additional circumstance after the last two responses. Apologies for not being able to comment inline but apparently given the length of the below text I must edit my original post. Sorry for any confusion. ***

After some thought on the answers I want to add a little more to the discussion and my situation that prompted the question. I am using more of an EFB solution as you can see from the screen shot. This is a heavily trafficked area of SoCal as well as multiple airspace’s under multiple controls butted up to one another. I use a display on FF which very clearly defines those airspace’s without a lot of study. Aeronautical map to be exact and then Jeppesen when necessary. This map is super clean and minimizes head down time when head up is critical. I was in a particular area where I was not 100% sure on the closets VFR reference point. What however was very clear was one of the primary IFR waypoints (just using FERMY in this example only). The amount of time for me to be able to reference my altitude and FERMY was less than two seconds. On the other hand, switching to VFR sectional refinding myself, finding nearest VFR point and communicating, was infinitely longer. Hence the prompting of the question. I see the importance of other VFR pilots also knowing my position is of course most critical in an uncontrolled or fringes of controlled airspace at same time I further expect Tower or Center to also reference my nearest landmark. So now a bit more info and two “needs” (tower knowledge of my location and of course fellow traffic) does this change the discussion at all?

J. Hougaard is correct. With Tower, Approach and Center, yes you can use waypoints in communications. Be prepared for them not to know immediately where a lesser used waypoint is. I have had Center not know where particular Class G airports in their jurisdiction were. Some know the names by heart, but not the airport codes.

When it comes to communicating with FSS, best practice is to reference your position by distance and direction from a VOR. Especially on your initial call. If you are on a flight plan, reference the points in your flight plan. Referencing an airport will also work.

When communicating over CTAF, it is best not to use waypoints. Instead, use distance and direction from the airport. Even if you are flying IFR or you are on an IAP. Otherwise reference your position by very well known Visual Reference Points. Preferably ones that are charted on your sectional. There are a lot of non-instrument rated pilots who may also be flying. A waypoint may not mean anything to them. Lack of ATC will mean lack of separation control unless you communicate in a way that is universally understood using the lowest common denominators.

Yes you may, even if it is not so common. It can certainly make it easier for ATC to locate you quickly, especially if you are not so familiar with the local geography and VFR landmarks. Just remember that some IFR waypoints are used very rarely, so the controller might not immediately be sure of its position. So if you are near a common VFR reporting point, it is probably better to use that.

Not the answer you're looking for? Browse other questions tagged air-traffic-control radio-communications visual-flight-rules or ask your own question.