Would "Mad" Mike Hughes' steam-powered rocket have been certified airworthy by the FAA?

Daredevil 'Mad' Mike Hughes died after his homemade rocket crashed on 22 February 2020. The cause appears to be the premature deployment of the parachute used for a safe return. He was hoping to reach 5000ft.

The FAA defines an aircraft as "A device that is used or intended to be used for flight in the air" and has extensive information on certifying home-built or experimental aircraft. The original rationale, I presume, being that an aircraft is a danger not only to its occupants but people on the ground too.

... but what is not made clear is whether it is an offence to operate fly your own aircraft without FAA airworthiness certification.

With regard to Hughes' home-built rocket, the FAA definition of aircraft surely qualifies this device as an aircraft, (although, owing to its speed, not an ultralight which have their own waivers). Further, there was no intent or pretence to go to space, so the SpaceX / NASA rules don't seem to apply here.

It seems to carry no registration, nor the mandated "EXPERIMENTAL" marking one would expect if it were - however, it is noted that in the US an aircraft does not have to be registered to be certified airworthy (although they usually are).

Should this sort of aircraft fly with an airworthiness certification? And if it didn't, why not?

NOTE - this is neither the place nor the time for a discussion of the wisdom of Mr Hughes' venture. 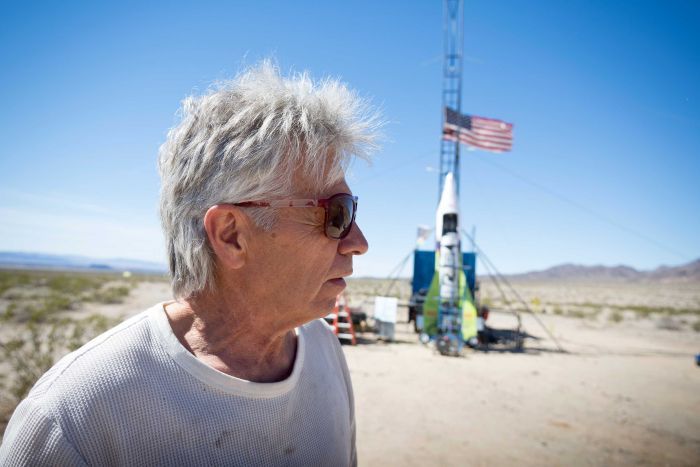 Interesting topic. Rockets and spacecraft are still highly experimental vehicles and are recognized as such under 14 CFR §1200. The laws, liabilities, and regulations for private spaceflight are largely uncharted territory at this point, though §1266.102 requires all participants aboard the ISS and NASA launch vehicles to sign a liability waiver prior to flight. Essentially, in the eyes of the law, you’re on your own in doing this and if your injured or killed, neither you nor your estate can hold any participants in your cosmic ordeal liable. Given that many flat earthers view NASA as the enemy of their efforts, any laws in regards to spacecraft certification would probably be viewed in a negative light and disregarded.

Using §91.7 here is pretty nebulous as there is no definition or standard here for airworthiness of such a craft. These guys were testing an experimental vehicle at a remote site far away from other persons or property and flying only a single flight crewmember. There’s really no law saying you can’t take a risk like that under those conditions.

14
What are the FAA requirements for an aircraft to be IFR certified?
8
How would you get certified for the AgustaWestland AW609 as a rotorcraft pilot or without any previous certification?
5
What would prohibit a T-38 Talon from being certified in the Acrobatic category?
15
What is the longest range single-pilot certified (FAA and/or EASA) business jet?
0
What is the theoretical maximum speed of a rocket-powered aircraft in the atmosphere?
11
Why are there 40 737 Max planes in flight when they have been grounded as not airworthy?
6
Is a FAA certified plane allowed to fly everywhere in the world?
3
Are the PW1100G and PW1400G engine series not certified by the FAA?