How to use airport panel information on sectional chart?

Here is the airport information for San Francisco International:

I understand that San Francisco stands for San Francisco Sectional Chart and H-3B and L-2F are for the IFR charts, but how can I use the 3B and A information?

In addition to @JWalters's answer:

L-2F, 3B is one group, and it refers to the "Enroute Low Chart Number(s) and Panel Identification",$^1$ that is: 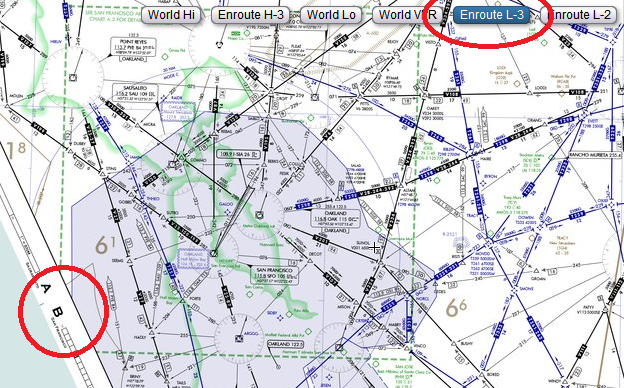 $^1$ FAA Inter-Agency Aeronautical Cartographic Committee, Book 8 (the link is down though and I can't find where they've moved it to).

This is a partial answer. I have not succeeded so far in finding an answer regarding the "3B". However, the "A" is addressed in the Chart Supplement.

According to the front matter in the Chart Supplement, the "A" indicates that the airport is depicted on an Area Enroute Chart, in this case on the SFO Area chart. See the following quote from the Chart Supplement's Airport/Facility Directory Legend:

Not the answer you're looking for? Browse other questions tagged aeronautical-charts chart-supplement or ask your own question.

10
Where is it documented an airport is military?
16
How does Jeppesen create its US charts?
6
Why are so few heliports depicted on sectionals?
2
What is the folded size of a sectional map?
3
What is the easiest way to update sectional charts with bulletin changes between printings?
26
What does the “DO NOT USE FOR NAVIGATION” indication mean?
4
What does the letter J mean at the start of an FAA instrument approach chart identifier?
3
What is the traffic pattern altitude at KSQL?
1
How can pilots obtain runway length information for airports that do not appear in the chart supplement?