What is the difference between the flight control systems of different F-16 models?

It is mentioned that the F-16 A/B variants had an analog flight control system (FCS), while the C/D versions introduced a digital FCS starting from block 40.

Can somebody elaborate on the differences between them and point me to some reference?

The main difference is processing speed, with the digital FCC's being faster than the analog models ( the analog-equiped aircraft it takes their FCC longer to detect the over-G, determine a correction, and send the correction to the actuators)and that's why first blocks until the 40 blocks will show +9G in the HUD .

Analog, as in measuring a signal like voltage of an op-amp, length of a slide rule, liters of fuel in the tank. Digital, as in: this car has four wheels, plus one in the boot. 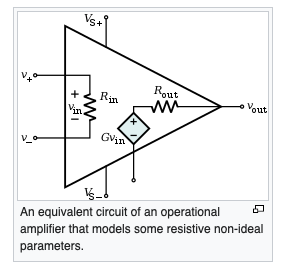 Analog electronics are the original way that control loops were constructed. They are blazingly fast, but:

At Fokker Aircraft, Control Loading Systems were constructed and marketed for flight simulators, starting in 1979. At the time analog electronics were the only option to provide the feed-back control loops that were required to load the simulator flight controls for any aircraft type, civil or military, fixed wing or rotary wing. So for every aircraft type, a dedicated electronics board had to be designed and manufactured in the Fokker electronics factory, an elaborate and expensive exercise.

The analog electronic components would have a finite life-time, then have to be trouble-shot and repaired. Here's another advantage of digital electronics: after debugging they always work in identical ways, unless the whole processing loop fails which is easy to troubleshoot.

Digital control loops provide good robustness to noise. For instance in the digital on/off signals of morse code, as long as we can hear some sort of dot the rest of the audible noise does not matter much. There are definite advantages to digital control despite the specific oddities they bring along such as added loop gain instability, plus changes are now a matter of adding lines of code and re-compile instead of soldering.

The F-16 fly-by-wire systems introduced in the early 70s were a marvel of technology, providing artificial stability and g-limited flight dynamics, as mentioned in this answer. Analog electronics were the only available choice, there were four control systems installed that compared their outputs and could detect a failed system, and disconnect it.

More information on F-16 analog vs. digital can be found here, interesting discussions from people with hands-on experience.

Not the answer you're looking for? Browse other questions tagged military flight-controls aircraft-systems fighter f-16 or ask your own question.

3
Why did fly-by-wire systems take so long to implement?

7
What are these acceleration parameters produced by the Inertial Reference System?
3
Is multi/quadcopter flight control similar to helicopters?
11
What aircraft had the first pilot-assisted controls?
41
Why do flight control cables not slacken during the cold temperatures at cruise?
6
What sort of control mechanisms (i.e., PID controllers) do modern FBW aircraft use?
2
Why didn’t the space shuttle have flight control manual-reversion capability?
16
What is the maximal acceptable delay between pilot's input and flight control surface actuation?
5
How are the 737’s elevator and aileron cables attached to their control tabs without impeding the control surfaces’ motion under hydraulic power?